In a statement Wednesday, the group said its quarterly loss was due to the recognition of non-cash impairment in the value of certain assets. The loss was, however, mitigated by profits achieved by the group's other business segments such as gaming, food and beverage, and consumer marketing.

The jump in quarterly revenue was largely contributed by both its gaming operations from Sports Toto Malaysia Sdn Bhd, and its motor distribution business under H.R. Owen Plc. The group also recorded higher revenue from its consumer marketing, F&B, property investment and development, and hotels and resorts business segments in 4QFY21.

The higher revenue from the hotels and resorts business segment was due to higher overall occupancy rate from domestic travel demands, it said, and increased “dine-in” food F&B revenue during the Conditional Movement Control Order (CMCO) from March 5 till May 31. “The easing of travel and social restrictions in Iceland in the current quarter under review also contributed to the higher revenue,” it added.

It also noted that Sports Toto recorded a significant increase in revenue, as there were 28 draws conducted in 4QFY21, versus just six conducted in 4QFY20. “The reimposition of MCO 3.0 resulted in the cancellation of 15 draws in the current quarter under review, whilst 34 draws were cancelled in the previous year’s corresponding quarter when MCO 1.0 was enforced,” it added.

Compared to 3QFY21, however, the group's net loss widened from RM87.57 million, as revenue dropped about 4% from RM1.82 billion, on lower contributions from its hotel and resorts segment.

According to Berjaya Corp, the group reported a pre-tax loss of RM189.51 million in the current financial year under review, as compared to a pre-tax profit of RM173.46 million in the previous financial year, primarily due to the non-cash impairment of assets, both tangible and intangible, totaling about RM203.16 million.

“The group would have seen a pre-tax profit of about RM13.65 million before accounting for the non-cash impairment losses of RM203.16 million. This result was achieved despite the hotels and resorts business segment being severely impacted by international border closures and domestic travel restrictions. The other business segments recorded profits to mitigate the losses.

On prospects, Berjaya Corp said it expects the performance of its business operations for FY22 to move in tandem with the economy that begins to open up both domestically and abroad.

Berjaya Corp shares ended the yesterday unchanged at 26 sen, valuing the conglomerate at RM1.35 billion. In the past one year, the stock has risen 41.67%.

Looking for properties to buy or rent? With >150,000 exclusive listings, including undervalued properties, from vetted Pro Agents, you can now easily find the right property on Malaysia's leading property portal EdgeProp! You can also get free past transacted data and use our proprietary Edge Reference Price tool, to make an informed purchase.
Berjaya F&b Property investment Development
SHARE
Facebook Twitter 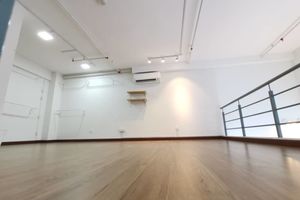