Malaysia’s connectivity back on track and moving forward with VTL, ECRL and HSR

Malaysia’s connectivity back on track and moving forward with VTL, ECRL and HSR
Bernama March 12, 2022 | Updated 3 months ago KUALA LUMPUR (Dec 13): Seamless connectivity is among the major pillars of a country’s economy and Malaysia’s government has not left any stone unturned in ensuring its progress although there have been some hiccups along the way as the country fought to curb the spread of Covid-19.

A major milestone this year in terms of connectivity was the reopening of the land Vaccinated Travel Lane (VTL-Land) between Johor and Singapore through the Causeway, which is one of the busiest border crossings in the world. The 97-year old Causeway, also known as Tambak Johor, had been closed to 400,000-odd travellers daily since mid-March 2020 to curb the spread of the Covid-19 virus.

The initial stage of VTL-Land will be only limited to bus transportation with not more than 1,500 travellers daily, while other modes of land transportation will be included in stages with the daily quota of travellers to be increased on a weekly basis.

Both countries also agreed to expand the VTL-Land to include additional bus service routes through the Second Link, trains operated by Keretapi Tanah Melayu Berhad (KTMB), and gradually to include personal vehicles such as motorbikes and cars.

At the same time, the government is also working on expanding the VTL initiative to neighbouring countries in an effort to restore the transportation industry in the country.

HSR back on track
The revival of the terminated Kuala Lumpur-Singapore High Speed Rail (HSR) project came as a surprise as in March this year, Malaysia announced that it had paid S$102.8 million (RM317.65 million) to Singapore as compensation for the terminated project.

However, during the recent visit to Singapore, Prime Minister Datuk Seri Ismail Sabri Yaakob had suggested reviving discussions on the HSR project.

Singapore Prime Minister Lee Hsien Loong responded by saying the republic is open to fresh proposals from Malaysia and that Singapore looks forward to receiving more details from Malaysia.

The progress on this is something to watch out for in 2022.

As for the Johor Bahru-Singapore Rapid Transit System (RTS) Link project, the construction of the project is ongoing, and both countries look forward to the system commencing passenger services by end of 2026.

The RTS Link is a 4km cross-border rail project that links the Singapore terminus at the Woodlands North station to the Malaysia terminus in Bukit Chagar, Johor Bahru.

It will support a peak capacity of 10,000 passengers per hour in each direction.

ECRL taking shape
After much debate, the Selangor government agreed on Dec 2, 2021 to accept the proposed northern alignment of the East Coast Rail Link (ECRL) project and approve
the ECRL Section C alignment, which involves Section C1 from Mentakab to Gombak and Section C2 which covers Gombak-Serendah-Port Klang.

According to the Transport Ministry on March 9,  the project has been further enhanced by extending the original alignment of 640 km to 665 km for a more efficient rail alignment system.

The ECRL is scheduled for completion in December 2026, it had reached a progress rate of 25.09% as of October this year.

KVDT2 uncertainty
The outlook of the Klang Valley Double Tracking Phase 2 (KVDT2) project remains hazy. The termination of the contractor Dhaya Maju-LTAT Sdn Bhd was made by the Cabinet on Aug 28 and Sept 2 last year.

On July 26, 2021, Dhaya Maju LTAT Sdn Bhd was granted an “Erinford injunction” to restrain KTMB from taking any further steps against revoking the construction company's license to occupy the project site.

An Erinford injunction is a specific court order to prevent or compel a party to do a specific act to preserve the status quo pending the conclusion of an appeal.

Transport Minister Datuk Seri Wee Ka Siong, however, said the project can be completed by 2026, as stated in the 12th Malaysia Plan (12MP).

Wee said that it could be achieved with careful planning and the cooperation of all parties involved, including local councils and the companies involved in the project.

Pan-Borneo Sabah, Sarawak progressing
Meanwhile, the work progress of the 12 packages in the implementation of Phase One of the Sabah Pan Borneo Highway project was at 62% as of last October, covering a distance of 706 km which was divided into 35 packages.

The government is also scrutinising several proposals to speed up the implementation of the remainder of Phase One of the Sabah Pan Borneo Highway, covering 19 work packages.

On Dec 4, the 33.65 km Serian Section alignment was fully completed, which involved upgrading the existing federal road from Bulatan Serian to Balai Ringin at a total cost of RM700 million.

It is part of the Work Three Package of the Pan Borneo Highway project from Bulatan Serian to Simpang Pantu involving a total length of 75.02 km.

According to Deputy Chief Minister Datuk Seri Bung Moktar Radin on March 11, the project, however, was still in the planning stage although interested investors have been identified and a series of discussions have been carried out.

12MP to provide seamless transportation infrastructure
Under the 12MP, the government would be implementing strategies to improve the overall accessibility of public transport and encourage a behavioural shift from private to public transport.

Rail and road networks would also be integrated to provide better connectivity between airports, ports, industrial areas, and cities, and at the same time, the ECRL will be connected to the current rail system. 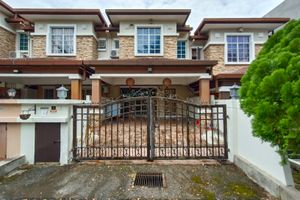 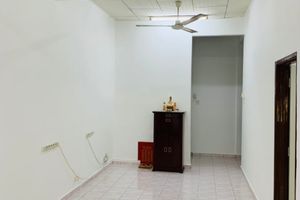