This has resulted in its loss per share swelling to 4.59 sen in 4QFY22 from 0.1 sen a year ago, according to the group’s filing with Bursa Malaysia.

The group attributed the lower revenue to fewer construction activities caused by slower lead time for the supply of building materials. The delay was caused by the various Movement Control Orders (MCO) previously implemented by the government.

“Furthermore, provisions have been made in this current quarter to reflect the anticipated higher cost of building materials post-MCO, which has been affecting the entire construction industry,” it explained.

Meanwhile, Ekovest said the segment’s rental revenue decreased to RM6.49 million in 4QFY22 from RM7.65 million a year ago, mainly due to tenants ending their tenancies with Ekocheras Shopping Mall. The segment’s gross profit also sank to RM1.04 million from RM3.45 million during the same period.

The improvement was due to higher traffic volume after movement restrictions were eased, as well as toll compensation for 2019 amounting to RM36.27 million.

Meanwhile, the plantation segment registered higher revenue of RM44.84 million and gross profit of RM10.12 million in 4QFY22, compared with RM26.86 million and RM7.43 million respectively a year ago.

The increase in revenue and gross profit for the segment were mainly attributed to higher oil palm sales and the significant increase in average selling price of fresh fruit bunches.

Meanwhile, sales from its durian plantation, contract farming and manufacturing and trading divisions also improved during the period.

Its food and beverages (F&B) division’s revenue increased to RM2.85 million in 4QFY22 from RM1.19 million a year ago, thanks to the relaxation of the MCO restrictions, which boosted consumer spending.

The board remains optimistic in delivering positive financial results as it expects the Johor Bahru-Singapore Rapid Transit System (RTS) Link with a contract sum of RM1.98 billion for the RTS Link rail works, to contribute positively to the group’s future revenue and earnings.

The board is also confident that each of the group’s segments would contribute positively to the group’s performance in FY23. 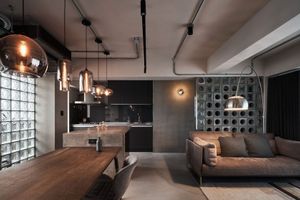