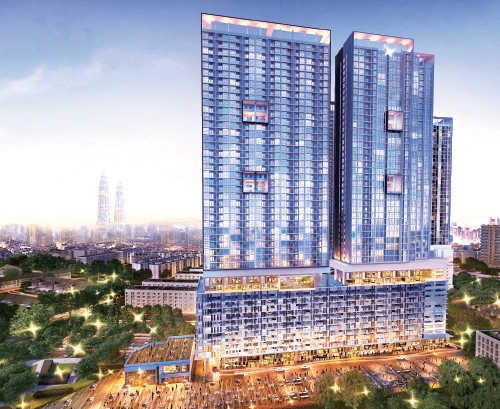 “Given the current market sentiment, we are happy with the 62% take-up rate. Our buyers were attracted to the premium location and the unbeatable price. You can own a unit from as low as RM280,000, I believe this is very rare in the market,” said Beverly Group sales and marketing director Wendy Tang.

The mixed development at the Pandan lakeside in Pandan Perdana, which consists of a 11.07-acre (4.47ha) leasehold development, has a gross development value (GDV) of about RM700 million.

Only 6km away from the Kuala Lumpur city centre, the development promises residents the serenity of the Pandan Lake view and a bird’s eye view of the city, including the Petronas Twin Towers.

Private previews of Towers A and B have been held since August last year.

The company has no immediate plans to launch the 643 units in Tower D.

“We intend to launch in stages the remaining units in Tower C after the current units have been taken up,” Tang adds.

The four residential towers sit on a nine-storey car park podium, with the ground and first floors reserved for the lobby and premier restaurants. The retail units are not for sale to control the tenant mix.

The development comes with a full range of facilities, including an infinity pool, lake view lounge, landscaped garden and floating cabanas.

Beverly Group has also acquired 16.5 acres of land in Wangsa Maju and 16 acres in Taman Equine.

“A central boulevard with GDV of RM1.6 billion, is being planned for the Wangsa Maju site, which is just 4.6km to KLCC, to capture a niche market.”

Meanwhile, the 16-acre Taman Equine site is at the heart of the town and adjacent to Aeon @ Taman Equine.The total GDV is expected to be RM1 billion.

“The remaining GDV for Beverly Group is approximately RM2.95 billion. We are actively sourcing for land so that we may offer exciting lifestyle choices from landed homes and apartments to mixed-use schemes.”

This article first appeared in The Edge Financial Daily, on March 27, 2015.