A new landmark in Bangsar 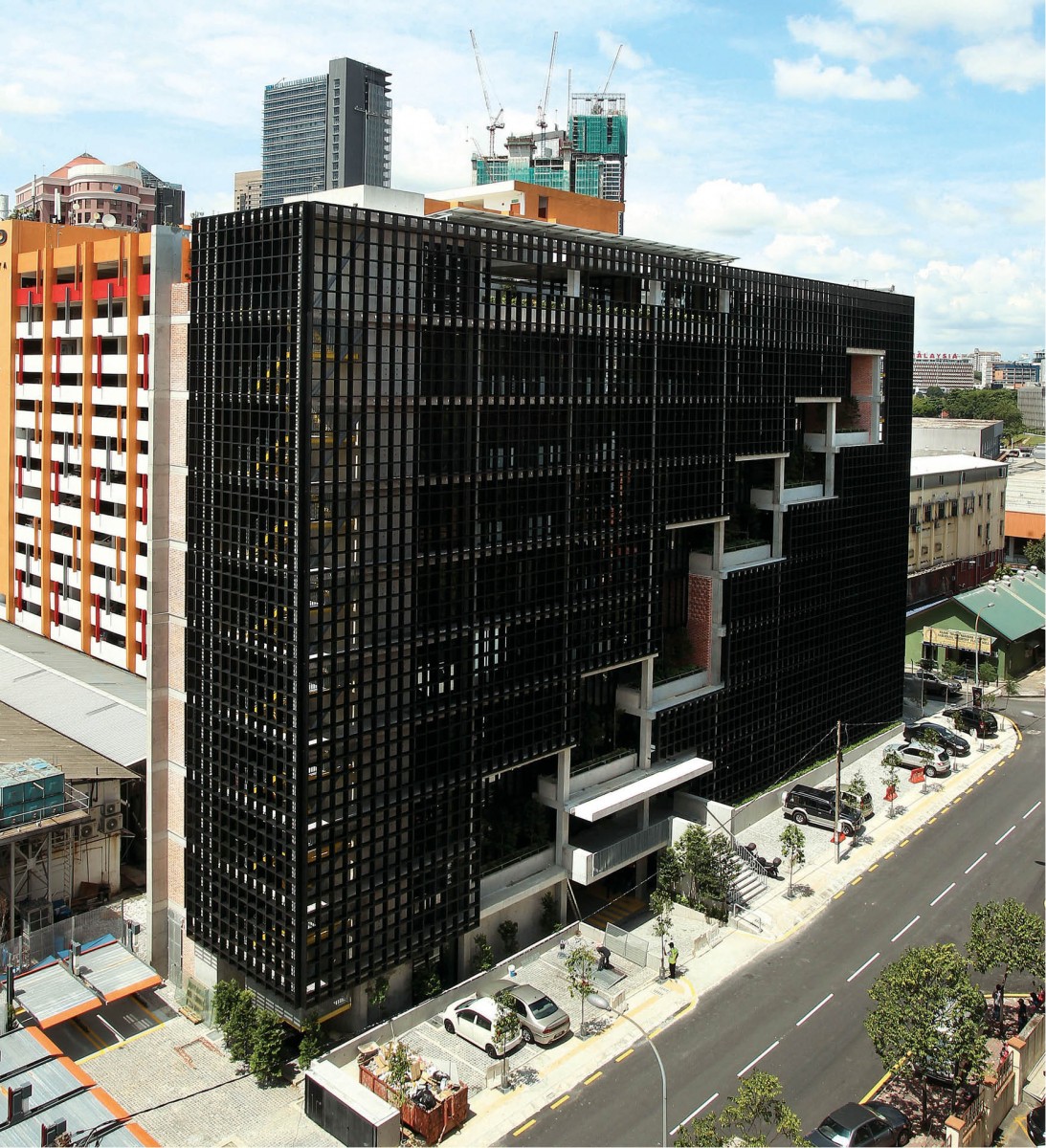 PAM has injected new life into the once-abandoned site, which, together with a 4-storey building, was formerly leased by jeweller The Carat Club. Details of the site and the original building, believed to have been built in the 1970s, are scant, but they were said to be once privately owned by a local Indian family.

In October 2010, PAM, through its PAM Education Fund, decided to purchase the site, and initially, earmarked it for an architect-driven centre for contemporary arts in the same spirit as the National Art Gallery and Museum of Modern Arts. The transaction was concluded in March 2011. Fast forward a year later, and there was a change of plans. PAM was in the market for new premises and the Jalan Tandok site was then chosen as its permanent home.

“I think the site fits us because it is very architectural. Our aim is to make this centre a new landmark and, perhaps, a new icon in Bangsar,” says PAM president Mohd Zulhemlee An. 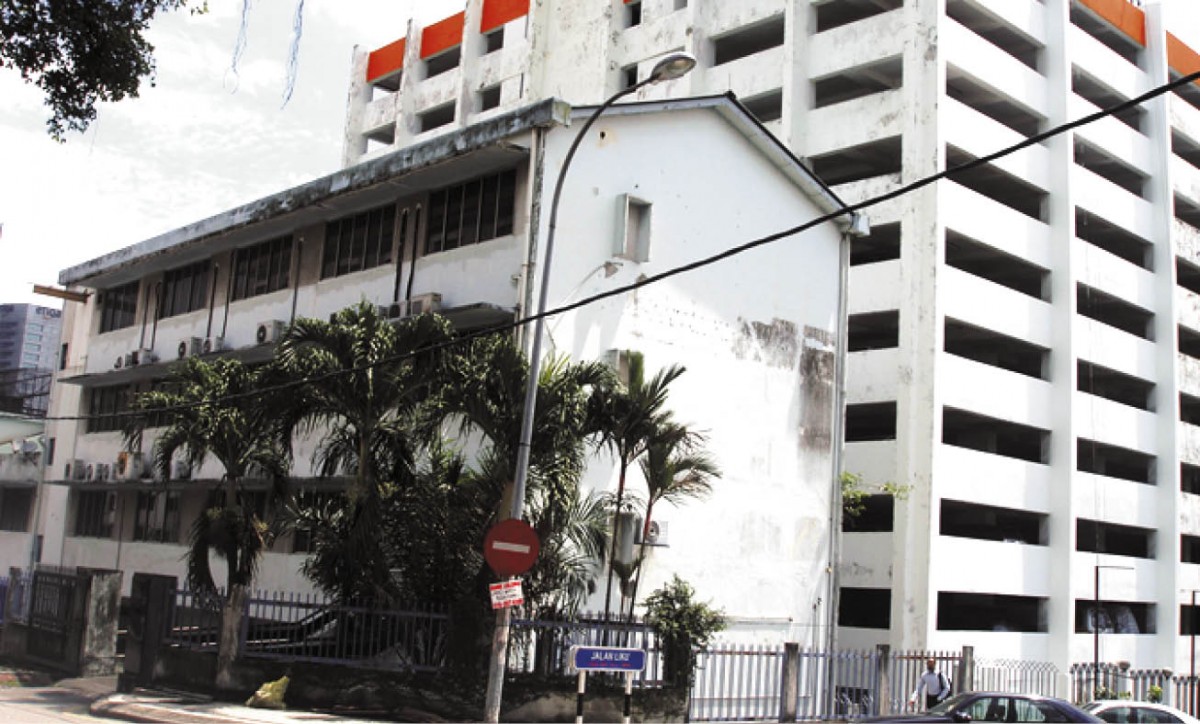 Spanning 1.12 million sq m, the new PAM Centre is poised to become one of the greenest buildings in the posh Bangsar neighbourhood. It is situated directly across from the Universiti Kuala Lumpur hostel, with numerous existing and upcoming restaurants along the street.

The institute allocated RM17.5 million for construction cost. “One of the challenging things about the project was the budget, although we were fortunate to have sponsors and donations from our members,” says Zulhemlee. “Another challenge would be car parking space. Nonetheless, we managed to fit in 45 parking bays.”

Set for a soft launch on July 29 and an official launch in October, the centre has a built-up of 3,782 sq m (40,709 sq ft), within which, is a 2,000 sq ft auditorium, a grand lobby, a council boardroom, an exhibition hall, eight meeting rooms, a cafeteria, a specialised book store, PAM’s main secretariat office, two floors of office space to be tenanted and a rooftop that is set to have its own skybar, with an unobstructed view of the city skyline. 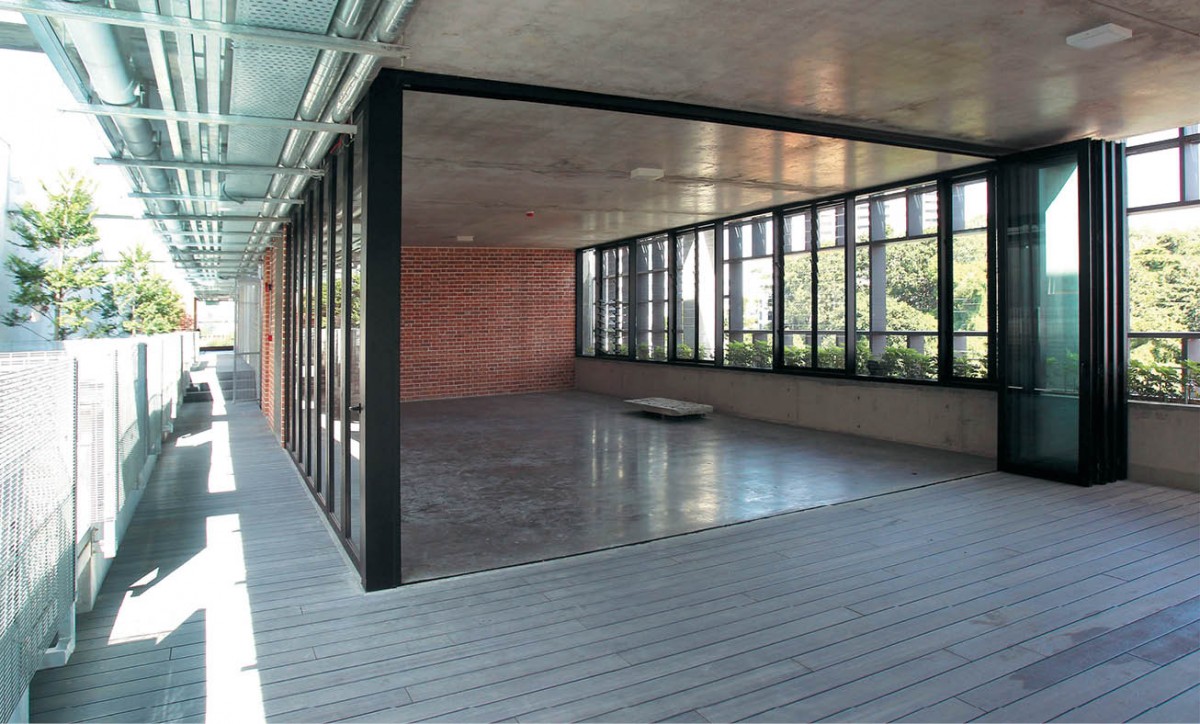 Right off the bat, the new PAM Centre is full of character. The building features a faÇade-enveloping external eggcrate louvre device that provides shade against the glare and heat and acts as a “breathable skin”. The minimalist theme is consistent throughout its exteriors and interiors. The design aims to create fluidity, flexibility and structural honesty.

The longish industrial building features a large PAM emblem engraved on a concrete wall at its entrance — a homage to simplistic designs. Its interiors are a concoction of flat concrete slabs, steel columns, brick walls and open spaces. Despite its simplicity, the building is packed with slick finishes, from its acrylic-made desks to its stately, cutting-edge marble conference table.

The mastermind behind the design is HMA & Associates, which came out tops from 55 submissions received for the New PAM Centre Architectural Design Competition held in April 2012. It is evident that HMA’s winning submission lies in its stacked layouts and green solutions.

“The building is inspired by the separation of spaces and the climate, to go hand in hand with the institute’s green efforts. It is what we call ‘the space between’. It has the same principles as a traditional Malay house, where layouts are stacked and ventilation is prioritised. For example, both ends of every floor feature laminated glass windows to aerate the common areas of the building, which allows a lot of energy saving. The main offices are the only parts of the building that are air-conditioned,” notes HMA & Associates partner Mohd Heikal Hasan. 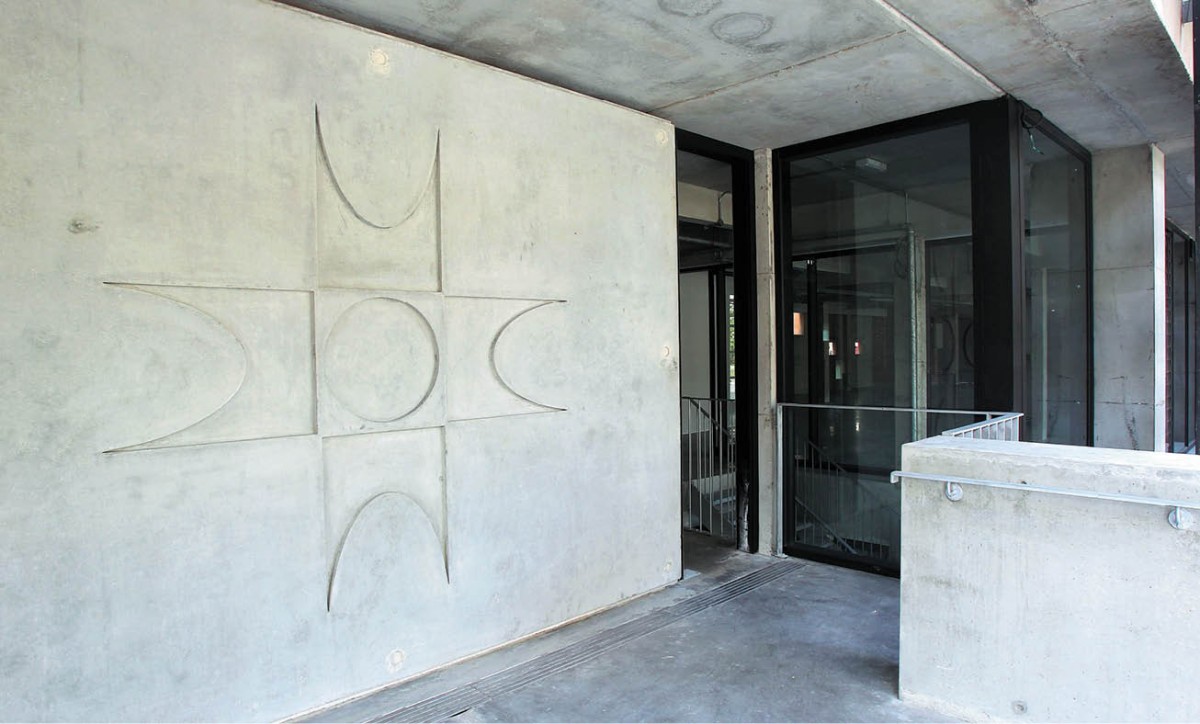 To save energy, the design features a clever play of natural lighting in its placement of skylights, shades and exposed punched holes in the walls. “The lights installed in the buildings are also sensored to save energy," says Heikal.

The centre boasts plenty of workspaces and areas that are easily convertible to allow more room for future activities and exhibitions. The building also features long display panels along its corridors to exhibit artworks.

One of the distinctive traits of the centre is the straight-flight steel staircase. The visually transparent-looking stairs create cross-ventilation and a sense of flow and unification of all the floors and spaces in the building. Forming the spine of the building is the sheer wall made of off-form concrete, which acts as a backdrop to the stairs and has many punched holes to allow added ventilation.

Another striking feature is the allocation of breakout spaces on selected floors, which feature planted trees and additional work and hangout spaces. “One of the things that attracted us to the design was its elegant and efficient solutions. The stepped atriums alongside the long single flight of stairs open up the area and create a dramatic central area that consolidates the entire building,” says PAM’s Zulhemlee.

PAM was the custodian and tenant, from 1973 to mid-2012, of the quaint and iconic Loke Hall in Jalan Tangsi. The neoclassical-style mansion, built in 1907, is a stark contrast to the modern and industrial-looking new PAM Centre. “We were very fond of Loke Hall, but at the same time, we were having problems maintaining the building as we were short of funds. When DBKL (Kuala Lumpur City Hall) issued a notice asking PAM to vacate the premises and had its own plans for alteration works, we knew we had to find a new suitable alternative as our permanent home,” says Zulhemlee. 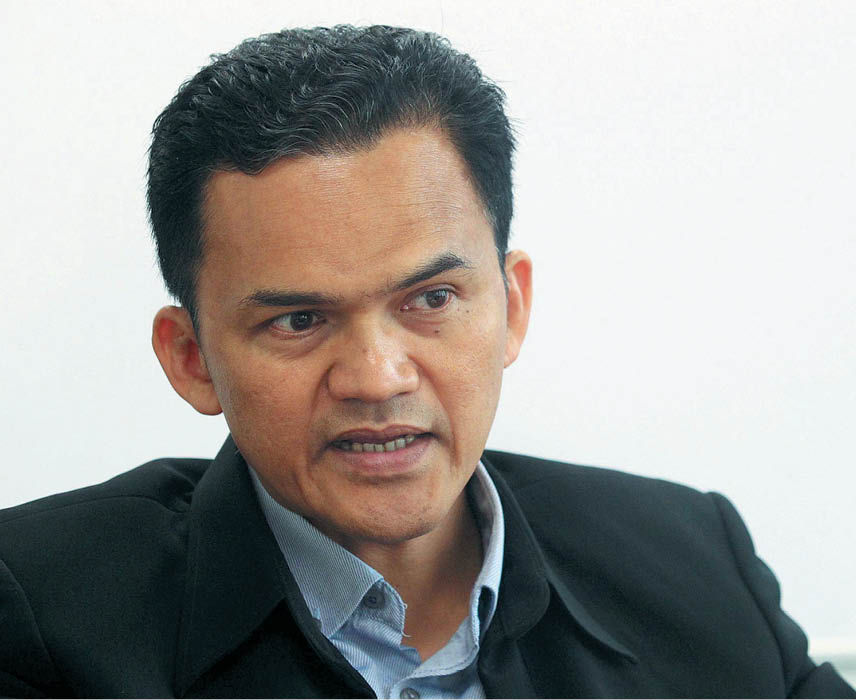 He believes the new centre is a chance for architects to “walk the talk” in promoting forward designs and green initiatives. “This centre is an opportunity for us to exemplify what good architecture is as well as showcase green features. We would like to create greater awareness and educate the public on the industry, and the components of a true green building.”

PAM is already in talks with potential tenants, he adds. “We would like to bring in tenants — mostly construction-based companies. It would be good for these industry players to be housed in our building so that it is more convenient to work with each other.”

Moving forward, PAM is eager to open its new centre to the public. “We intend to run programmes and architecture exhibitions and have full resources at this centre to educate the public as well as architectural students. We are excited that we can host our own events at our own venue. PAM is confident that this will be ‘the’ centre of architecture in the country,” he says.

“There are still some misconceptions about the profession. At times, we overlook the importance of architecture, when in actuality, architecture has the ability to improve our lives. The profession comes with responsibilities. We hope the centre will flourish and educate the people in the industry as well as the public. It will be our way of improving both architecture and art, thus creating a more cultured society. Both architecture and art are intertwined. Just like the old saying by P Ramlee, “Irama dan lagu tak boleh dipisahkan” (rhythm and music cannot be separated),” he muses. 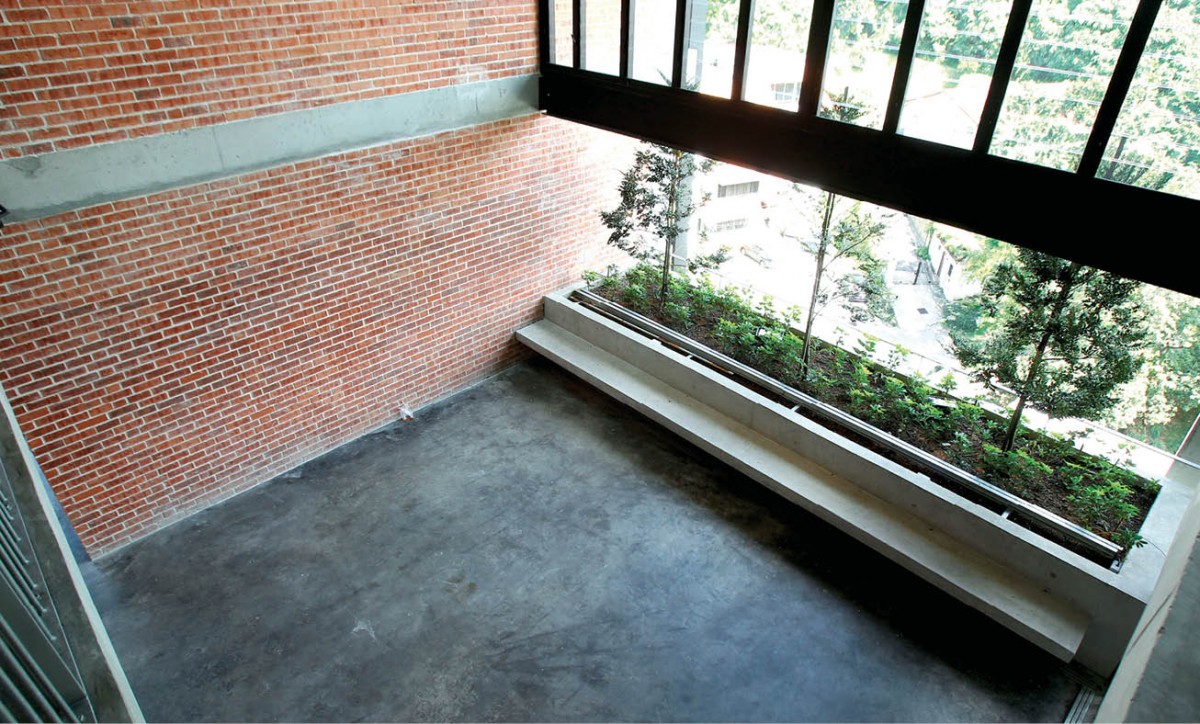 This article first appeared in City & Country, a pullout of The Edge Malaysia Weekly, on July 25, 2016. Subscribe here for your personal copy.