Condos in Penang that are flourishing DESPITE the sluggish market, property investors in Penang can take comfort in reports of capital appreciation in the state. Data collected by the National Property Information Centre’s (Napic) Property Market Report 2015 showed that out of 30 condominium projects in Penang, 11 saw price increases from 2014 to 2015.

Of the 11, seven recorded price growth of over 5% year-on-year. The seven were Kondominium Mutiara (17.1%), Sri Pangkor Condo (9.3%), The Straits Regency (8.6%), Desaria or Regency Heights (7.6%), Quayside Seafront Resort Condominium (7.4%), The Peak Residences (5.5%) and Harbour Place (5.2%). The transacted prices of these condominiums ranged from RM125,000 to RM2.15 million. All of them are located on Penang island except Kondominium Mutiara and Harbour Place.

These two projects have their respective pull factors that have contributed to their price growth. “Kondominium Mutiara is located less than 5km from Universiti Teknologi Mara (UiTM), so the main occupiers are students. The units there are priced below RM150,000 and there are no other similar properties in that area,” Henry Butcher Malaysia (Penang) Sdn Bhd senior vice-president in asset valuation Shawn Ong Kah Boo offers.

Harbour Place, which is located in central Butterworth, is less than 2km from the ferry terminal. Based on Napic’s data, Harbour Place was transacted between RM225,000 and RM320,000 in 2015, which Ong says is a very attractive price range for the younger generation of homebuyers.

“The rising prices of landed houses on Penang’s mainland have caused a shift in demand towards more affordable high-rises. Terraced or landed houses with built-ups of about 1,000 sq ft on the mainland used to be priced around RM300,000 but today the price has gone up to about RM400,000. So it is more affordable to live in a high-rise residential unit at about RM300,000 for the same built-up,” he tells TheEdgeProperty.com.

JLL Malaysia country head YY Lau believes that the more affordably priced non-landed homes on the mainland have attracted the locals considering how affordability has become a major concern among homebuyers. “The supply of condominiums and apartments priced below RM500,000 on Penang island is limited. Looking at the price trends of between RM1 million and RM2 million of new condominiums launched on the island, it’s easy to deduce why buyers are looking for alternatives on the mainland,” says Lau. 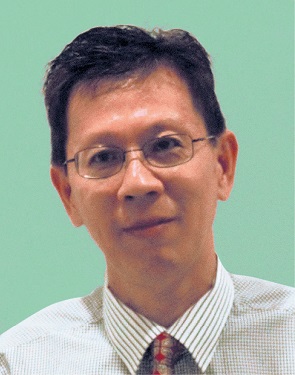 “Problems in obtaining housing loans could have also pushed more buyers to opt for units which are considered affordable to them,” she adds.

Over on the island, the highest price growth was recorded at 9.3% at Sri Pangkor Condo. The condo is situated at Pulau Tikus with George Town city centre only less than 3km away, not to mention accessibility and amenities such as shopping malls, hospitals and schools located nearby.

The exception is Regency Heights which is located in Sungai Ara, Bayan Lepas, in the southern part of the island.

Ong notes that new condominium launches usually benefit older ones as consumers look for alternatives against the higher-priced new condominiums, citing Regency Heights as an example.

“New developments are coming up nearby and have created a pull factor for Regency Heights, improving its asking price although it’s not situated in George Town and is nearly 10 years old,” he says.

Ong notes that condominiums nearer to George Town will continue to do better in terms of pricing than those further away.

“Say you live in the southern part of Penang island, areas like Bayan Lepas and Teluk Kumbar, you’ll have to drive for about an hour to reach George Town. So like the properties on the mainland, it’s cheaper but you’ll have to travel further to reach the centre where most activities are,” he says. Ong also foresees significant new supply dampening the condo market in Penang island. “There is still a lot of supply coming in over the next few years and it will continue to be a buyers’ market for condominiums on the island,” he says.

Despite the concerns of oversupply in the condo market on Penang island, the overall demand for non-landed homes in Penang has been gradually rising. “There used to be more landed residential property transactions on Penang island than high-rise ones but the percentage of non-landed housing transactions surpassed landed homes in 2013,” says JLL’s Lau.

However, “we can see demand for high-rise residential properties in Penang as a whole is increasing. Moving forward, we expect to see further interest in high-rise residences due to the additional facilities, services and security provided by condominiums compared to landed housing,” Lau elucidates. Tan believes that the island is still the preferred choice for most homebuyers, despite its decreasing affordability.

“The main issue here is the affordability of new homes and this may drive away some new homeseekers to go for lower-priced and larger homes on the mainland. However, the mainland is lacking in terms of services and amenities. Penang island still has the upper edge with its international schools, good private hospitals, colleges and hotels,” he says.

Tan also notes that compared with the non-landed housing market on the mainland, condominiums on the island had a head start in terms of price growth, having recorded capital appreciation as early as 2000, compared to the ones on Penang mainland.

“Condos and apartments on the mainland may have recorded higher capital appreciation by percentage recently but in terms of price psf, prices are still low compared to their peers on the island,” he adds.

There is no doubt that the island offers more in terms of amenities. It also has easily accessible recreational areas like scenic beaches and hills.

“Because primary activities are on the island, if you buy a home on the mainland, you’ll have to pay the price of travelling back and forth if you work on the island. For many, they’d rather stay on the island, regardless of the price,” says Ong.

On the downside, Lau says people living on the island have to go through traffic congestion as both recreational and eateries on the island are popular not just among Penangites but international and domestic visitors.

“Prices and the cost of living have gone up much faster than the mainland due to the popularity of Penang island as a tourist destination,” she adds.

Both the mainland and island have undergone major transformations over the past few years.

Following this, the next major infrastructure developments which are being pursued by the state government would be the proposed Penang Light Rail Transit (LRT) Line connecting Komtar and the Penang International Airport and the proposed undersea tunnel linking Gurney Drive (island) with Bagan Ajam (mainland). If these projects are realised, they can become catalysts for the future growth of the real estate sector in Penang.

Looking for properties to buy or rent? With >150,000 exclusive listings, including undervalued properties, from vetted Pro Agents, you can now easily find the right property on Malaysia's leading property portal EdgeProp! You can also get free past transacted data and use our proprietary Edge Reference Price tool, to make an informed purchase.
Penang Napic UiTM Bayan Lepas Teluk Kumbar
SHARE
Facebook Twitter