NEW developer KSK Land is looking to make its mark on the local property market by creating branded residences that will be managed by Europe’s oldest luxury hotelier Kempinski, which has hotels in 31 countries and is opening new ones on the continent, the Middle East, Africa and Asia.

KSK Land is the property development arm of KSK Group Bhd, for which insurance is another core business. KSK Group was formerly known as Kurnia Asia Bhd, which was the largest general and motor insurance company in Malaysia. It was incorporated in 2001 and sold to AmG Insurance Bhd its Malaysia insurance business for RM1.55 billion in 2012.

KSK Land’s maiden project is a mixed-use development called 8 Conlay that has a gross development value of RM4 billion and is slated for completion in 2020. Located in 8 Jalan Conlay in the Kuala Lumpur city centre, it is within walking distance of Pavilion KL and Jalan Bukit Bintang’s shopping district. The 3.952-acre parcel that was purchased for RM568 million in 2Q2013 will feature three towers linked by a 4-storey retail podium. Kempinski will manage the three towers while the developer will supervise the retail podium.

The names of the towers have yet to be determined, so they are tentatively called Towers A, B and C. Tower C will stand alone while Towers A and B will be joined. The 62-storey Tower C will house a 260-room hotel and 403 serviced residences while Tower A (60 storeys) and Tower B (55 storeys) will offer a total of 1,092 serviced residences and will be linked at the 25th and 44th levels.

While the built-up of the units in Towers A and B will range from 682 to 1,295 sq ft, that of Tower C’s hotel rooms and serviced residences has yet to be determined as they are still in the design stage. The estimated selling price of the serviced residences is between RM2,000 and RM3,000 psf. 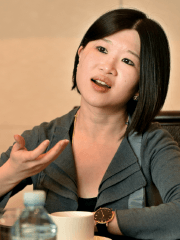 “When you build branded residences, you need to have a very good location, good design and good service,” KSK Land managing director Joanne Kua tells City & Country during a visit to Beijing last month.  She strongly believes service is what will help establish the developer as a serious player in the highly competitive property development industry.

“When you look at the KL market, there are luxury properties all around but not branded residences — they are one step up. You can’t take a hotel brand, stick it to a residence and call it a branded property. You can’t expect people to just accept that. When they walk in, there is a certain level of expectation.

“They expect the ‘experience’ the moment they walk through the door. That is why we tell people that when they buy a branded residence, they are not just buying a property but also an experience. So when we say Kempinski is servicing our branded residences, those who have stayed in its hotels will expect the same experience when they move into their property.”

A 2012 Knight Frank report on branded residences reveals that they “command an average uplift of 31% compared to equivalent non-branded schemes”. Developers that associate themselves with a brand “create an aspirational model and a reflection of luxury and prestige associated with that brand, helping developers stand out in a competitive market”, the report says, adding that the changing taste of those “at the top of the market is reflected in the shift in consumer expectations”.

Kua, who is also group CEO of KSK Group, points out that since there is a low supply of branded residences, their value will grow. “The supply of branded residences is limited around the world. People who buy them don’t generally want to sell them because these are priceless possessions they are proud to keep. Thus, their value will keep going up.”

A matter of design 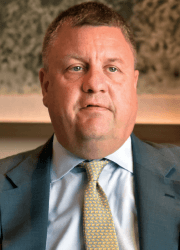 RSP Architects KL Sdn Bhd principal Hud Bakar is drawing up the plans for 8 Conlay while the interior design will be undertaken by YOO, an international design firm set up by property entrepreneur John Hitchcox and designer Philippe Starck.

Hud is taking his visual cue from the Chinese philosophy of yin and yang and the three towers will give poetic form to the Chinese symbol for the number 8, thus paying tribute to the development’s address.

Kua believes Kempinski, to which being unique is the name of the game, is synergistic with her ideas.  To show this, a visit to Kempinski’s latest hotel venture in Beijing was thus arranged. On an island on Beijing’s Yanqi Lake, the hotelier manages 15 structures — 14 hotels and a convention centre. Of the 14 hotels, 12 are boutique in nature with 10 to 19 rooms each. They come with full facilities, including a swimming pool and a dining area with a fully equipped kitchen where hotel staff can whip up sumptuous meals, and are ideal for private family getaways, small corporate meetings or wedding receptions.

The two main hotels in the compound are Yanqi Hotel and Sunrise Kempinski Hotel. The former is a low-rise with 111 rooms while the latter — scallop shell-shaped — offers 306 guest rooms.

This uniqueness is what makes Kempinski different from the other hoteliers, says Kempinski China president Michael Henssler. “You go to five or six key hotel properties around the world, like Shanghai, Bangkok, Abu Dhabi, Berlin, and you will always have a completely different approach. Kempinski does not have a one-size-fits-all approach. We sit with the owner, look at the local market and ask ourselves, ‘What fits here?’ It may be different from Beijing, Kuala Lumpur, Bangkok or Istanbul.”

Henssler adds that Kempinski tries to incorporate what is distinct about the site where the hotel will be built. It works with the owner to develop something unique for the guests.

Says Kua, “That is why of all the hoteliers, we picked Kempinski — because you can be individualistic. In the KL market, there are all those American hotels and you know what to expect whether they are in Hong Kong or KL. But you don’t know what to expect from a Kempinski in KL, Bangkok or Beijing. That is what we like.”

To ensure that the design elements are of the highest standard, renowned interior designer Steve Leung will work on 8 Conlay’s Tower A in association with YOO while a female designer of European descent will be in charge of Tower B, also in collaboration with YOO.

All three towers and the retail podium will have different interior designs but they will still complement each other aesthetically, according to Kua. This will increase the cost of development but she believes it is worth it.

“The benefit is that they will give the city a different character and put it on a par with other top cities in the world. This will attract the top segment of the international market.”

Kua says the developer envisions the target market for 8 Conlay to be 50% local and 50% international. The international market may be aware of Kempinski but it is relatively unknown in Malaysia. Will this be a hindrance to sales?

“For Kempinski, YOO, Steve Leung and the other designer, and our landscape architect T.R.O.P, this is their first time in Malaysia. We may need to educate the public a bit here but we view it positively. The benefit is that we are going in with a fresh pair of eyes. We get to innovate and do something different,” observes Kua.

T.R.O.P is an award-winning landscape firm based in Bangkok and has been headed by Pok Kobkongsanti since 2007.

Besides looking good, Kua believes 8 Conlay will build vertical communities. “In KL, a lot of luxury residences are built and sold as a bag of individual properties put in one building. Malaysians like landed properties because they can have gardens and so on. But as we evolve into a major city, people will like living in high-rises. When this happens, you think of the properties as one corridor with many doors like in a hotel.

“When you live in a home, it is about the community, knowing who your neighbours are; it is about giving them space to come together and communicate.”

To facilitate this, the 44th level of the joined towers will be a triple volume space featuring a gym, landscaping and plenty of space to lounge around and mingle, with views of KL to boot. Level 25 will also have space for the residents to mingle but will feature the wet amenities, such as a swimming pool and sauna. On top of the residences will be rooftop gardens, according to Kua.

She says the retail podium, which will be designed by Benoy, an award-winning firm of architects, master planners and interior and graphic designers founded in 1947 in the UK, will be opened in 2018. “We are conceptualising at the moment. We are not building a mall, we’re building a retail lifestyle quarter. We like to go with design first as it needs to complement the whole development and be an attractive point on its own.”

The podium will have a gross floor area of 200,000 sq ft that will house mostly F&B outlets — not just any F&B outlet but those that different from what are already on offer in KL.

On the impact of the upcoming implementation of the Goods and Services Tax on the project, Kua says the tax has already been factored into the costing of all the products, so its progress will not be affected.

Come May, KSK Land will officially launch the project, releasing 300 units of Tower A for sale. More details are forthcoming.

As for the future of KSK Land, Kua is open to possibilities. “We want to keep ourselves flexible. We don’t say we are a developer that builds landed property or high-rises. What we want is consistency; our vision is to always add value to our developments.” 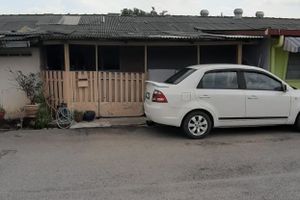 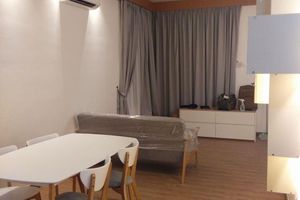 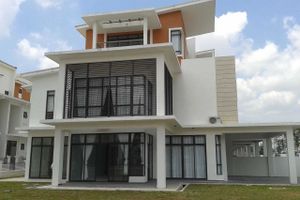 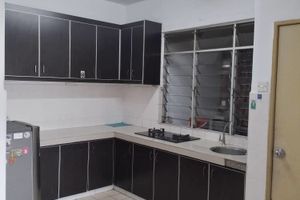 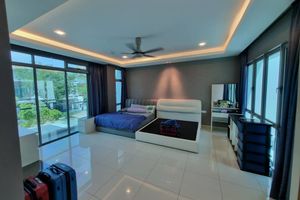