SINCE Eco World Development Group Bhd (EcoWorld) came onto the market in late 2012, it has been making great strides on the property scene. The group grew its landbank to a whopping 4,926 acres from almost 1,000 acres and launched projects in Penang, the Klang Valley and Johor, which were well received by the market despite the challenging environment last year.

One of its latest projects is the 1,089-acre EcoMajestic in Semenyih, Selangor, which has a gross development value of RM11.15 billion. In December last year, the company launched its Merrydale North Garden, which comprised 287 units of terraced houses. About 80% have been sold. 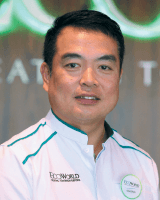 This month, it will launch the Merrydale South Garden, followed by a commercial precinct, says president and CEO Datuk Chang Khim Wah.

Within the commercial precinct, which will cover 150 acres, Chang reveals that there will be the EcoMajestic Sports Centre. The facilities will include pools, a football field with a grand stand, badminton court, basketball court, squash court, sports hall, private lounge, function room, studio that doubles as a dance room, table tennis room and an indoor futsal court.

Besides new launches, EcoWorld is also ensuring that residents will have easier access to their homes by building a new link from the Semenyih toll via the Lekas Highway in 2Q2015. Later, the developer will also build an interchange at the Lekas Highway to link another section of the township, which is expected to be completed in 2Q2016. This link is expected to reduce travel time from EcoMajestic to Kuala Lumpur to 35 minutes. There are also plans to have a school in the development by early 2017, says Chang.

While Semenyih is some distance away from established areas in the Klang Valley, JS Valuers Research & Consultancy Sdn Bhd executive director Chan Wai Seen says distance is not a big issue, given Malaysia’s high rate of car ownership. “The good thing about Malaysia is that everybody drives, and people don’t mind driving out. Generally speaking, petrol is affordable. If you ignore the traffic jam, most places are not far. People will get used to it.”

He notes that EcoWorld is building a bridge and an interchange to make its township more accessible. At over 1,000 acres, the township is big enough to offer the “lifestyle living” concept that EcoWorld is promoting, says Chan. “It’s an exciting project that will start another trend.”

Developing a gated community is also a sure-fire way of attracting buyers, given that security is a major concern in the Klang Valley, he adds. “Criminals are simply more daring in the older housing schemes.”

He says given the current market conditions where credit is not as easily available and government policies have been introduced to curb speculation, most buyers will have to hold on to their properties for capital appreciation. “EcoWorld’s properties are not cheap. In fact, they are quite expensive, but we see the value. But don’t expect to see returns in the short term.”

However, he says the issue of credit is partly mitigated by EcoWorld’s profile. “EcoWorld has a reputation, and banks recognise the value of its projects.”

In a move to reinforce its brand and drive traffic and attention to its developments in the country, EcoWorld held the EcoWorld Starlight 2015 New Year Concert Tour in Penang, Johor and Selangor last month.

“Organising an event like the Starlight 2015 New Year Concert Tour gives the group an opportunity to showcase not only our developments but also allows us to connect with our purchasers and the communities in the vicinity. We think around 90% [of the concertgoers] were new to our projects and probably visiting us for the first time, which really gave us a great chance to introduce the EcoWorld brand to them,” he adds.

According to JS Valuers’ Chan, this is a clever way to drive traffic to EcoWorld’s development sites, which most people from outside the areas would not otherwise visit.

The group’s launches for this year include EcoTerraces in Paya Terubong and EcoSanctuary in Shah Alam. It will also reveal its master plans for EcoTropics and Eco Business Park III in Iskandar Malaysia.

EcoTerraces, a 12.8-acre low-density, high-rise development featuring 333 condos with built-ups of 1,000 to 1,900 sq ft, will be launched soon. “Only 30% of the land will be used for development and the rest will be dedicated to natural elements,” says Chang.

The group is also finalising plans for EcoMeadows, a 75.7-acre gated development in Bukit Tambun, Penang, which is scheduled to be launched in late 2015. The site is a five-minute drive from the North-South Expressway and 10 minutes from the Sultan Abdul Halim Muadzam Shah Bridge.

There is also the 308-acre EcoSanctuary, coming up south of Kota Kemuning, which is a luxurious eco-themed gated mixed-use development. “We are looking forward to launching this project in mid-2015 as it will be EcoWorld’s first landed luxury development in the Klang Valley,” Chang says.

“With so many projects in the pipeline and the strong performance of our existing developments in the Klang Valley and Iskandar Malaysia, we are confident that 2015 will be a very good year for EcoWorld.” 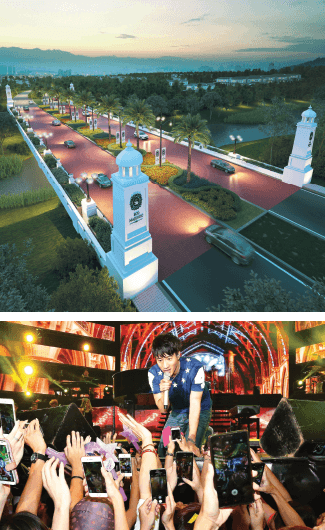