KAMPAR: A committee headed by Education Director-General Tan Sri Alimuddin Mohd Dom will investigate the collapse of a suspension bridge over the Kampar River at a school near here on Oct 26 in which one pupil drowned and two others have gone missing.

Deputy Prime Minister Tan Sri Muhyiddin Yassin, who is also Education Minister ordered the setting up of the committee, which would have representatives from the Public Works Department (JKR) and the Perak government, after a visit to the scene of the accident at Sekolah Kebangsaan Kuala Dipang near here.

N Dina Deve, 11, of Sekolah Jenis Kebangsaan Tamil (SJKT) Mambang Di Awan, drowned and two other pupils, one from the same school and another from SJKT Gopeng, are missing following the collapse of the bridge at 10.30pm.

They were among 294 pupils from 64 primary schools in Perak who were participating in a 1Malaysia Camp aimed at forging unity and interaction.

The Education Ministry will also provide RM10,000 to the family of Dina Deve for  funeral expenses.

Muhyiddin said although the bridge was a donation from a private company, the committee would investigate whether the construction of the bridge was monitored and adhered to proper specifications.

The committee would also find out whether there was proper supervision by teachers of the pupils prior to the accident, he said, adding that 25 teachers were involved in the camp, organised by the Kinta Selatan District Education Department.

Dina Deve's body was recovered at 8.40am on Oct 27 in Kampung Pasir, three kilometers from where the bridge collapsed. The search continues for the other two other pupils. -- Bernama 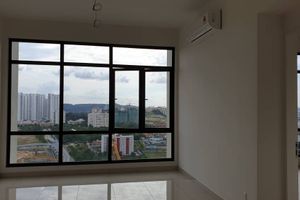