This is in tandem with the trend among HNWIs globally who are swapping triple-A government bonds and cash in the bank for real estate, especially prime offices in global business centres, according to Knight Frank's The Wealth Report 2013, which defines HNWIs as those having more than US$30 million in net assets. The report says they plan to increase their exposure to properties by 25%, diversifying from prime residential properties into commercial real estate.

Commercial property investment is also an opportunity to tap into the economic recovery, with markets such as New York, London, Paris, Hong Kong, San Francisco and Sydney entering recovery phases while other previously unpromising markets, such as Dublin and Dubai, are appearing on investors' radar screens.

Gateway cities, such as London, Shanghai and Singapore where cash and culture merge, continue to draw the Asian ultra-rich, says the report. It helps that property values in these cities have proven resilient, and that the HNWIs are familiar with the investment and living environments there.

Besides diversifying their portfolios and chasing higher yields, commercial properties allow investors to sidestep various cooling measures and other forms of government interference in real estate markets, although Singapore recently implemented stamp duties on the sale of industrial properties to curb "flipping", says Knight Frank managing director of capital transactions for Asia-Pacific Marc Giuffrida at the launch of The Wealth Report 2013 on March 12.

In Kuala Lumpur, the high supply of office space in the city centre continues to weigh down on rents, thus opportunities lie in smaller or dual-compliant offices and industrial properties on the city fringe. The size of investors' purchases depends on their appetite, as office yields are not as attractive as they used to be, so smaller units of 3,000 sq ft tend to be preferred, says Sarkunan. "Dual-compliant properties with green features and MSC status are especially preferred by foreign tenants."

According to Terence Wong, head of research for equities at CIMB Investment Bank Bhd (which contributed to the report), signature buildings with small to medium built-ups that offer branding rights are currently sought after by corporations and rich individuals despite the compressed yields of 5% to 6% because fixed deposits only offer half of that.

Law had acquired the property from Mah Sing Group Bhd in 2009 via his company TS Law Realty Sdn Bhd. The deal had come with a rental guarantee of RM1.3 million per month, which translates into a 7% yield or RM46.8 million over three years.

Meanwhile, industrial properties are becoming highly sought after, especially good-grade industrial buildings with an attached office component ratio of 60:40 in strong locations with good connectivity, such as Petaling Jaya, Subang, Glenmarie and Segambut.

"For pure industrial properties, HNWIs prefer 50,000 to 60,000 sq ft with car parks. Many of them are purchasing land and older units. Their intention is to demolish the existing property and rebuild brand new, high-specification, standalone units to lease to MNCs or logistic firms," Sarkunan says.

He cites the example of an HNWI who recently acquired a seven-acre tract with an industrial building in Shah Alam's Section 15 for an undisclosed sum. The owner plans to demolish the existing building and replace it with a new warehouse of about 200,000 sq ft, and subsequently lease it to an MNC.

The ultra-rich are also expected to make a return to prime residential properties on expectations of more expatriates moving to Malaysia in the near future, notably areas such as Bangsar, Damansara Heights, Ampang Hilir, U-Thant, Mont'Kiara, Sri Hartamas and KLCC. However, the market will remain challenging as the existing high level of supply will continue to exert pressure on rents, with yields between 4% and 5%.

According to Knight Frank Malaysia, the average asking rent for high-end condos in KL city, excluding Binjai on the Park, is RM3 to RM5.50 psf per month. At Ampang Hilir and U-Thant, rents range from RM2.50 to RM4 psf, while at Damansara Heights condos, excluding the Twins, they average RM2.30 to RM3.50 psf.

Besides the city centre, HNWIs are training their sights on Iskandar Malaysia, which has seen tremendous growth in recent years as new luxury products, such as high-end condos and waterfront homes, commanding hitherto unknown prices were surprisingly well-received by buyers. Many of them are based abroad, with Singaporeans being the biggest group.

"I think Iskandar will exceed KL in prices down the road because of the Singapore factor. If you look at a lot of the new launches, many of the buyers are Singaporeans because they perceive it as cheap. If you convert it into Singapore dollars, then it is just like buying a HDB flat. So my guess is, it will be more expensive than KL but cheaper than Singapore," Wong says.

Malaysian HNWIs to grow by 51%

The number of Malaysian HNWIs is expected to grow by 51% from 828 to 1,294 over the next decade, underpinned by the government's Economic and Government Transformation Programmes, Iskandar Malaysia, political and economic stability in the local economy and resilience of the broader Asean region in the face of global economic uncertainties.

"Iskandar has explosive growth potential. Its locality and proximity to Singapore will be a positive attribute. Large-scale investment has already taken place and is expected to continue at a rapid pace," says Sarkunan. 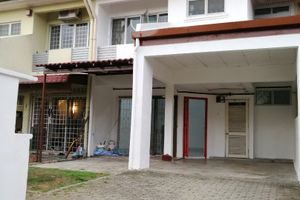 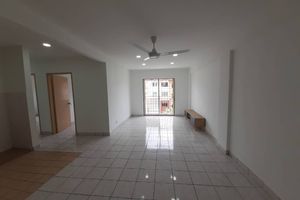 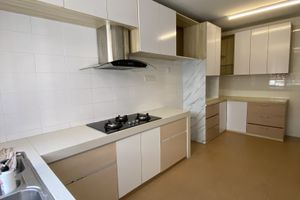 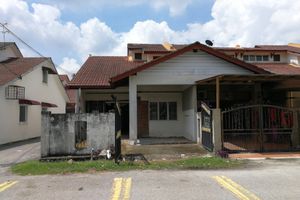