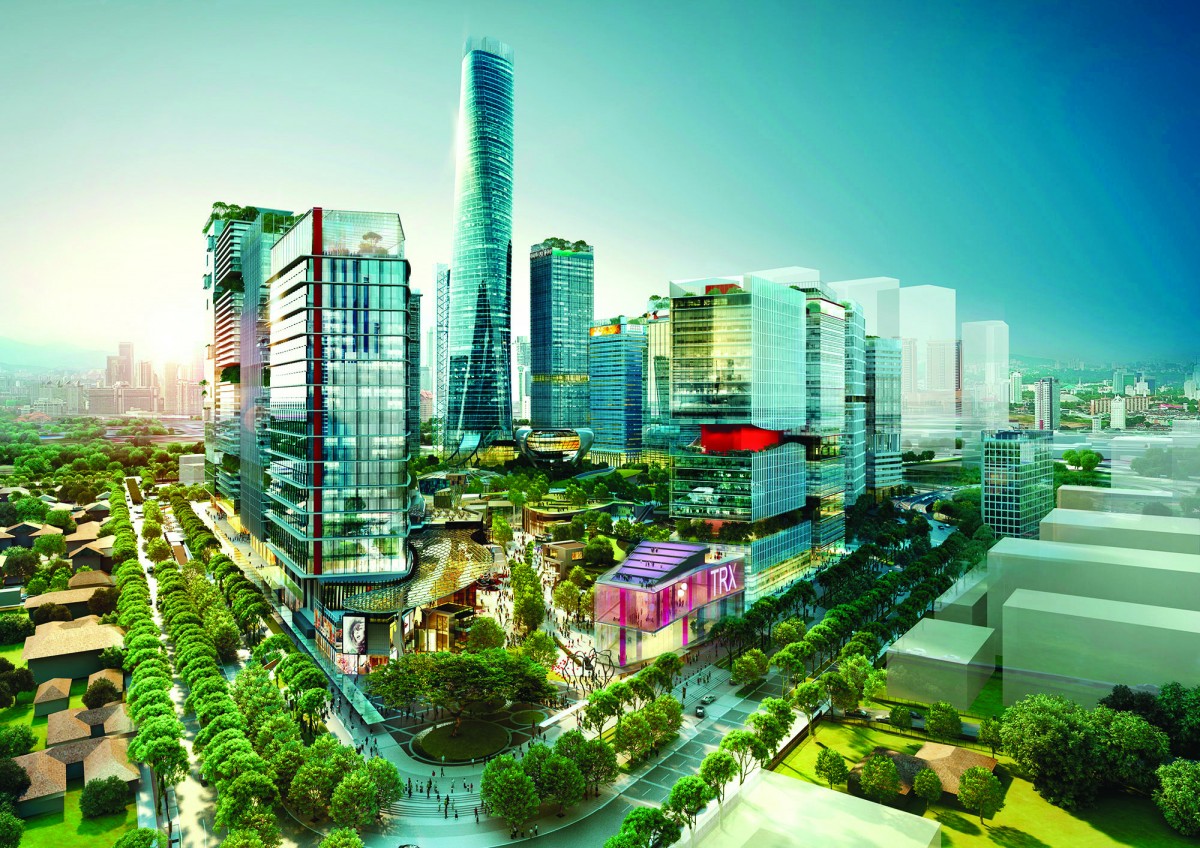 With a slew of mega projects scheduled to transform the Kuala Lumpur skyline, the capital city will soon be in a construction boom. Cranes and cement mixers will be a common sight around KL.

Sizeable infrastructure projects could have a cumulative gross development value (GDV) of over RM200 billion in the long term, and that is not including those further from the city centre.

To companies like IJM Corp Bhd, Sunway Bhd, WCT Holdings Bhd and Gadang Holdings Bhd, this means jobs in the pipeline are up for grabs.

These are familiar names to investors who have been watching the construction sector in the last few years, as they have the requisite experience and track record.

But subcontract packages are also expected to trickle down to smaller, specialist players. Looking at the mega projects, 1Malaysia Development Bhd’s Bandar Malaysia is likely to draw global attention because it has invited international bidders.

The Sungei Besi airbase redevelopment will see a mixed-use project occupy 486 acres along the Smart Tunnel, where the Royal Malaysian Air Force Base used to sit.

Bandar Malaysia is touted as a sustainable urban township designed to be a transport hub. It will house the terminals for the
Kuala Lumpur-Singapore High-Speed Rail (HSR), Mass Rapid Transit (MRT) Lines 2 and 3, KTM Komuter and Express Rail Link, and offer future access to major highway networks.

Less than 10km away, towards the heart of the city centre, is where its twin project — Tun Razak Exchange (TRX) — is located. This is set to become Kuala Lumpur’s iconic financial district on a 70-acre tract in Jalan Tun Razak.

While about half of TRX will be commercial office space, the integrated development will also have residential, hospitality and retail components.

The master developer for the project is 1MDB’s wholly-owned subsidiary 1MDB Real Estate Sdn Bhd (1MDB RE) while its master planners are Machado and Silvetti Associates Inc and Akitek Jururancang Malaysia Sdn Bhd.

1MDB RE currently has two funded bids from development partners for the proposed sale of a 60% stake in the project.

WCT Holdings (fundamental: 0.45; valuation: 1.40) was recently awarded a major infrastructure project for underground road structures, installation of direct buried utilities, at-grade and elevated roadways as well as associated earthworks and mechanical and electrical works. The contract is worth RM755 million. 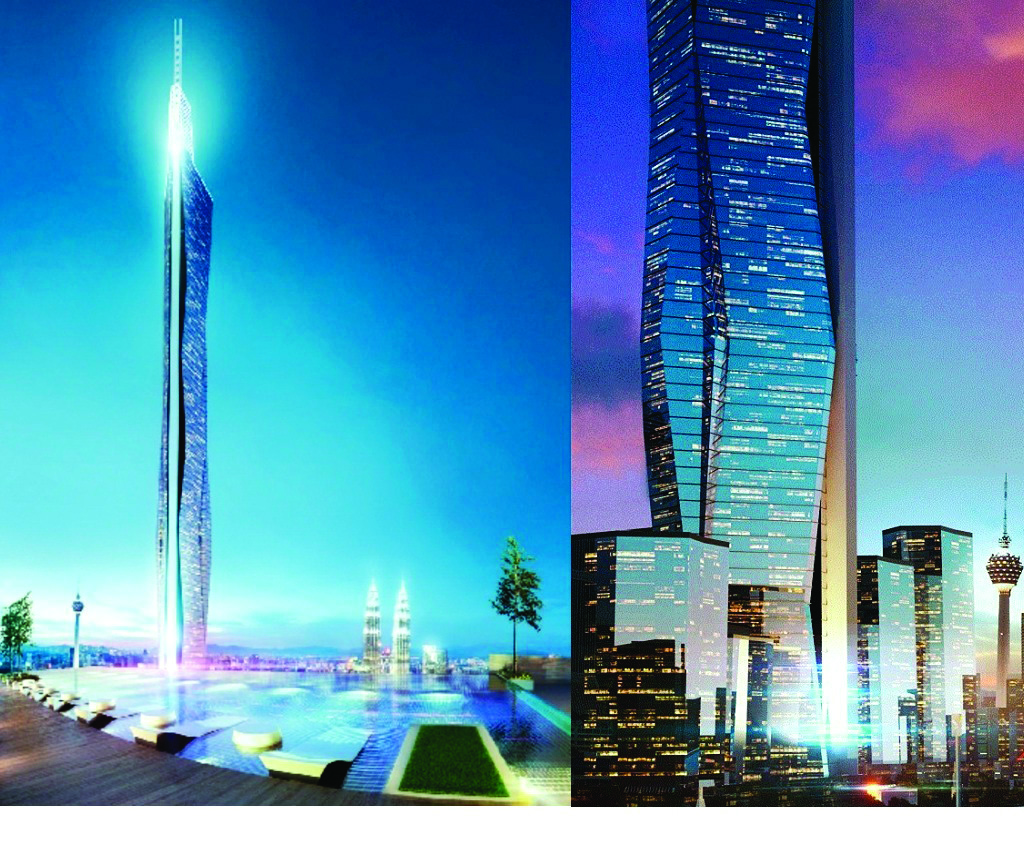 Moving towards the older part of the city, on the hilltop where Stadium Negara is located, Permodalan Nasional Bhd (PNB) intends to build a skyscraper called KL118 Tower, formerly known as Menara Warisan Merdeka. Envisioned to be over 500m high, it will be taller than the Petronas Twin Towers, which stand at 452m.

The tower is expected to be ready in 2019. It will be owned by PNB through its wholly owned subsidiary PNB Merdeka Ventures Sdn Bhd.

Just last month, news broke that the US$505 million contract for the construction work was awarded to Samsung C&T Corp and its local partner UEM Group Bhd.

Samsung C&T is experienced in the specialised field of building skyscrapers, having previously been involved with the construction of the Petronas Twin Towers and Dubai’s Burj Khalifa, the tallest building in the world at 828m. 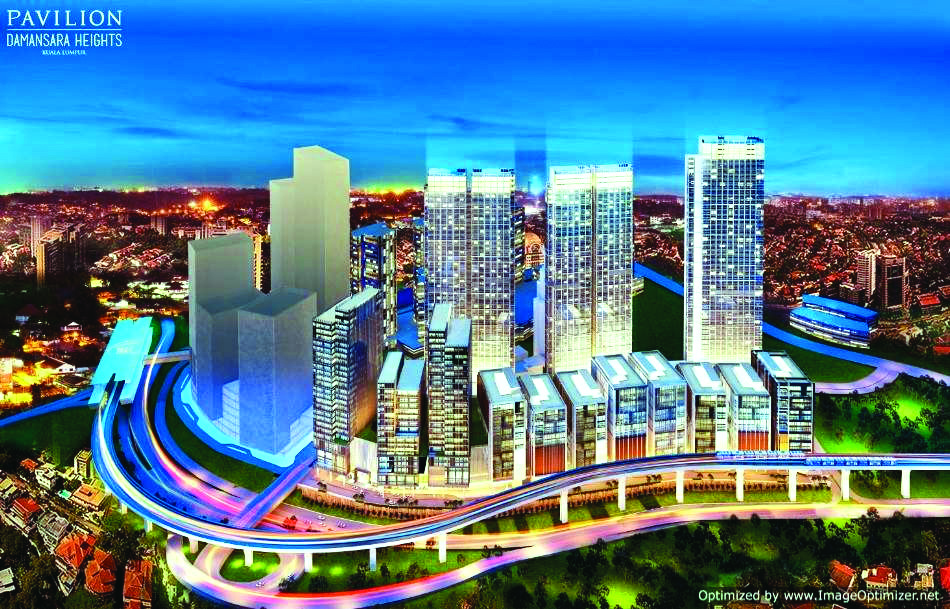 Next year, work on Pavilion Damansara Heights is expected to begin in the second quarter and is slated for completion in 2021. The mixed-use development will sit on 15.84 acres in Pusat Bandar Damansara, comprising 13 office blocks and four towers for hotels, serviced apartments and retail space.

This development is the brainchild of Tan Sri Desmond Lim Siew Choon with partner the Canada Pension Plan Investment Board.

The Edge had reported earlier that 9.5 acres under Phase 1 will be undertaken by Impian Apart from these high-profile structures, the government is expanding the public rail transit networks.

MRT2 — the Sungai Buloh-Serdang-Putrajaya route — is expected to cost RM28 billion while the cost of the Light Rail Transit (LRT) Line 3 from Bandar Utama to Klang is estimated at RM9 billion.

Another large-scale project is potentially the HSR linking Kuala Lumpur with Singapore, for which both Gamuda and MMC are direct bidders.

The latest news reports say the project could commence as early as 2018 and cost RM65 billion. The journey between the two cities will be cut down to 90 minutes from about five hours now.

The Malaysian terminal is to be located in Bandar Malaysia while previous reports say other stations will be located in Putrajaya, Seremban, Melaka, Batu Pahat, Muar and Nusajaya. In Singapore, the train will terminate in Jurong East where the Jurong Country Club is located. That said, there has still been no official announcement or any updates on the HSR project.

With a large portion of work packages yet to be doled out, investors still have time to hand-pick potential beneficiaries.

This article first appeared in The Edge Malaysia weekly, 23 Nov, 2015. Tap here to subscribe for your personal copy.

Note: The Edge Research’s fundamental score reflects a company’s profitability and balance sheet strength, calculated based on historical numbers. The valuation score determines if a stock is attractively valued or not, also based on historical numbers. A score of 3 suggests strong fundamentals and attractive valuations. Visit www.theedgemarkets.com for more details on a company’s financial dashboard.