KUALA LUMPUR (April 22): The projected gross development value (GDV) of a new residential development project in Puchong by Matrix Concepts Holdings Bhd could be increased up to RM754 million from RM500 million, according to Hong Leong Investment Bank Research, as reported in The Edge Financial Daily today.

Matrix Concepts recently announced a proposed acquisition of a 5.8 acres (2.347ha) piece of land-cum-approved residential development project for RM95 million from IRDK Ventures Sdn Bhd in Puchong, Selangor. It is situated next to Setia Walk along the Damansara-Puchong Expressway (LDP).

It also marks the developer's second landbank in the Klang Valley. The first acquisition was a land near the Putra World Trade Centre in Kuala Lumpur last year.

The Puchong project comes with approvals for 318 high-rise condominium units and 28 four-storey link villas. It is currently undergoing preliminary earthworks and piling works.

“We understand that Matrix Concepts intends to increase the density to 80 to 90 units per acre, which could increase the total units of the new development to 464 to 522 from 346 currently,” according to the research house.

Assuming a similar ratio of GDV per unit, the potential GDV of the revised development could increase to RM670 million to RM754 million, the report noted.

The research house also viewed the pricing of RM95 million or RM 375 per sq ft to be fair as it accounts for 19% of total GDV, in line with the industry rule of thumb of 20%.

“However, our concern lies in the take-up rate of the development, given the high-end nature of the project, coupled with the already 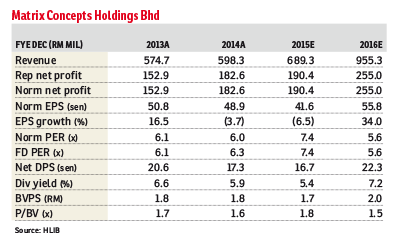 According to the report, the acquisition would turn Matrix Concepts from net cash to net debt with a net gearing of 0.1 times. However, the group’s balance sheet remains healthy with room for more acquisition before it reaches the net gearing level of 0.5 times.

The acquisition is targeted for completion by 3QFY15.

Looking for properties to buy or rent? With >150,000 exclusive listings, including undervalued properties, from vetted Pro Agents, you can now easily find the right property on Malaysia's leading property portal EdgeProp! You can also get free past transacted data and use our proprietary Edge Reference Price tool, to make an informed purchase.
Matrix Concepts Holdings Bhd Puchong Seremban Johor
SHARE
Facebook Twitter 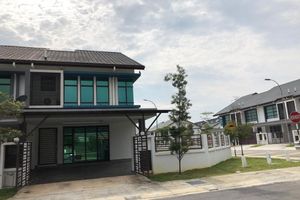 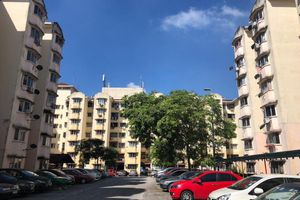