Maintain buy with an unchanged target price (TP) of RM1.95: Tropicana’s second quarter of financial year 2015 (2QFY15) core earnings grew 17% quarter-on-quarter (q-o-q), but was down 74% year-on-year (y-o-y), due to the gain from assets’ disposal in 2QFY14. For the first half of FY15 (1HFY15), property sales reached RM790 million on the successful launch of Tropicana Aman.

Excluding that, 2QFY15 core earnings were relatively flat y-o-y. We expect earnings to come in stronger for the subsequent quarters, on the back of land sale as well as stronger property sales. For now, Tropicana has total asset sales of RM1.2 billion, with a net gain of RM205 million pending completion.

In 1HFY15, 90% of property sales were from the Klang Valley, mainly attributed to the newly launched Tropicana Aman (34%), followed by sales from Tropicana Garden (17%), the Residences (17%) and Tropicana Heights (15%). Sales from southern and northern regions accounted for less than 10% of the group’s total sales.

For 1HFY15, Tropicana achieved a strong RM790 million of property sales, suggesting that it is on track to deliver RM1.5 billion new sales in FY15.

The central region remains the key driver, on the back of healthy demand from Tropicana Gardens, Metropark, Tropicana Heights and the successful launch of Tropicana Aman.

We make no changes to our FY15 to FY17 earnings per share forecasts. Also unchanged is our realisable net asset valuation (RNAV)-based TP of RM1.95, still based on a 50% discount to the RNAV. We continue to like Tropicana for its strategic land bank, undemanding valuation and ongoing asset monetisation exercise. Risks to our recommendation include delays or hiccups in its asset monetisation exercise. — Affin Hwang Capital, Aug 14

This article first appeared in the digitaledge Daily on Aug 17, 2015. Subscribe here. 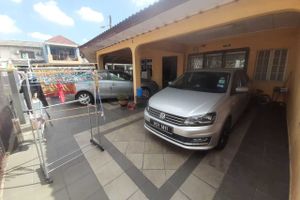