When your dream home becomes a nightmare 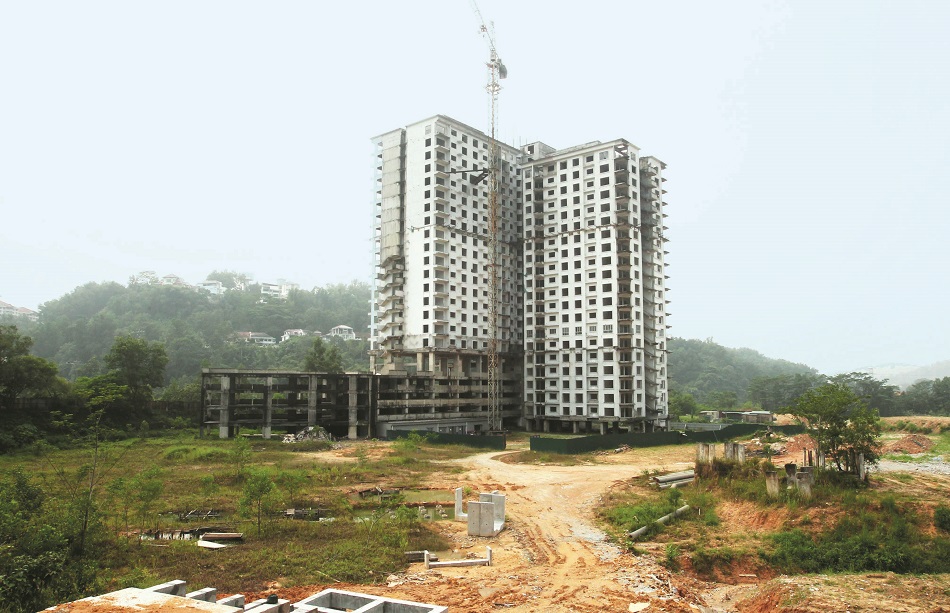 VICTIMS of abandoned projects often feel like they are trapped in a nightmare and usually blame themselves.

That was how Christopher Rozario felt when he found out that the Selayang Springs Condominium (pictured, above) in Selayang, Selangor which he had purchased in 2009 was declared an abandoned project in April 2014.

Rozario had planned to move from Sungai Buloh to Selayang with his family in 2013 (the expected completion date) to have easier access to the Kuala Lumpur city centre. He also wanted to enjoy the amenities as well as the lifestyle living touted by the project. Selayang Springs is located on Selayang hill, right next to a hot spring recreational park.

But then he began to notice that construction was slower than expected and, alas, the project was soon included in the list of abandoned projects by the Urban Wellbeing, Housing and Local Government Ministry. Following that, the 276 buyers of the condo had formed an owners’ association with Rozario as the president.

Rozario tells TheEdgeProperty.com that he gets upset whenever he drives pass the project and sees the almost completed project.

“I bought the unit at RM220,000 back then, now property prices in nearby areas have all doubled,“ he says, adding that there were 276 buyers of whom 90 of them were first-time home buyers.

According to the National Housing Department, from 2001 to 2015, there were 28 cases of abandoned projects in Peninsular Malaysia while another 20 are being revived. 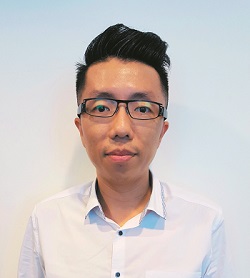 Selayang MCA secretary Ryan Ng (pictured, right), who is also a practising lawyer, believes the figures are just the reported cases that were confirmed as abandoned.

“There could be cases where the projects are delayed and face a high risk of being abandoned, but are not on the list.

“It might take a long time before a project is classified abandoned. By then, it will be too late to save the project or to protect the buyers,” he says.

For instance, data from the National Housing Department showed that a 454-unit landed residential project in Taman Lestari Permai, Sepang, which was supposed to be completed in 2005, was left deserted and was only listed as an abandoned project in July 2015.

What the law says

According to the Urban Wellbeing, Housing and Local Government Ministry, a housing project in Peninsular Malaysia is deemed abandoned if:

1.            There is no significant construction activity at the site for six consecutive.

3.            The developer admits in writing to the Housing Controller that it is unable to complete the project.

“Although there are laws to protect home buyers, there are also loopholes in the law. Some problematic developers could stop construction for five months and resume construction for a month, and repeat that again to avoid being classified as an abandoned project,” says Ng, who is helping the Selayang Springs Condominium Owners’ Association to speed up the project’s revival.

“Getting exposure may help alert the public and also gather buyers to voice their problems but it won’t solve the problem if there are no white knights willing to revive the project,” he remarks.

Even if there is a developer willing to revive the project, it will be a long and difficult process to resume construction as there are both legal and practical hurdles such as getting consent of the buyers and their cooperation to fork out the extra money (if needed) to complete the project.

“The white knight could request buyers to cough up more money to complete the project. This is usually when disagreements among buyers occur,” he explains.

Ng notes, that in some cases, only a portion of buyers would pay the extra money to resume construction, so the sum may not be enough. 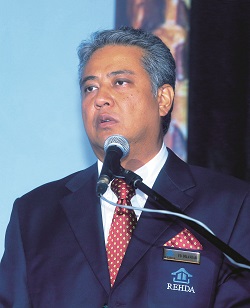 Real Estate and Housing Developers' Association (Rehda) Malaysia president Datuk Seri Fateh Iskandar Mohamed Mansor (pictured, left) says cost and the safety of the building structure will usually be the main concerns for the white knight as some projects may have been left deserted for some time and would require thorough geotechnical inspection.

“The challenges would also depend on the type of development – strata or landed – and the land condition,” he adds.

A glimmer of hope

According to the National Housing Department, Selayang Springs Condominium has recently been lifted from being classified as an abandoned project to be placed under the list of projects being revived.

Rozario says the buyers are finally seeing some glimmer of hope. “We [committee of the owners’ association] had met up with representatives from KL Northgate in mid-March to discuss the revival plan. KL Northgate will be presenting a draft of the purchasers’ agreement to the owners soon,” he adds.

Rozario says once the owners and creditors agree to the revival scheme, the project should be completed within 18 months.

Enforcement is a big issue 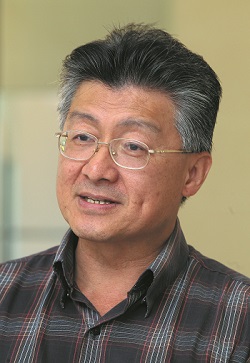 Under the amendments to the Housing Development (Control and Licensing) Act 1966, in order to enhance protection of home buyers, all licensed housing developers who fail to complete a housing project or have caused a project to be abandoned shall be deemed to have committed a criminal offence.

However, the secretary-general of the National House Buyers’ Association (HBA) Chang Kim Loong (pictured, right) notes that such punitive measures will not achieve their objectives without strict enforcement.

“We have more than ample laws to govern the housing industry. It is the degree of enforcement that is miserably lacking,” he remarks.

He says the National Housing Department is the regulator and guardian of the housing legislation and it is duty-bound to protect home buyers. Chang concurs that there is little home buyers can do to save or revive an abandoned project.

“The best they could do is to gather the affected buyers to make a louder representation to the National Housing Department and collectively pursue legal recourse,” he advises.

Another prominent abandoned project is The Boss Service Suites (pictured, below), a high-rise residential hotel suites development in Klang, Selangor which was launched in 2010 and declared abandoned mid-2015.

This is a property with 377 units of hotel suites and 62 units of retail units which offered guaranteed rental returns of 7% to 8%.

Benny Wong, an automotive parts manufacturer, and Low Eng Kee, an IT solutions provider, are victims of this abandoned project.

Wong who is an experienced investor never thought he would end up being a victim as he is very cautious and would do his due diligence before investing.

“It was not impulse buying. I had done my research on the project and on the hospitality market. I was confident that this project would do well as it had a unique design which could make it an iconic building in Klang. Demand for hotel rooms will increase as the number of tourists and business travellers are rising in this area,” he notes.

According to him, before the project was abandoned, it already had a take-up of 80%, which meant that the developer should have had sufficient funds to complete the project. However, the construction of the 28-floor tower stopped at the 26th floor. By the time it was declared abandoned, the retail units were already about 90% completed.

“All the buyers were very happy to see the capital appreciation, and most of us were looking forward to even better investment returns as the construction neared completion. We never expected that it would become an abandoned project,” he says.

Meanwhile, Low says 2011 was a property market boom year so everyone was enthusiastic about property investments. Besides local buyers, there were also foreign buyers from Singapore, Taiwan, Pakistan and China.

“Sometimes, we overlook the risk in investments. Developer Interest Bearing Schemes (DIBS) and guaranteed rental return schemes may sound good at that time but you soon realise that there are also high-risk investments and sometimes promises made are too good to be true,” he says.

In March 2015, the purchasers of The Boss were informed by KPMG Deal Advisory Sdn Bhd that in November 2014 the company had been appointed liquidator of the project by the Kuala Lumpur High Court. Following that, The Boss Purchasers’ Association (TBPA) was formed.

An inspection committee with representatives from TBPA, the contractor, guarantor and company shareholders was also formed at end-2014. 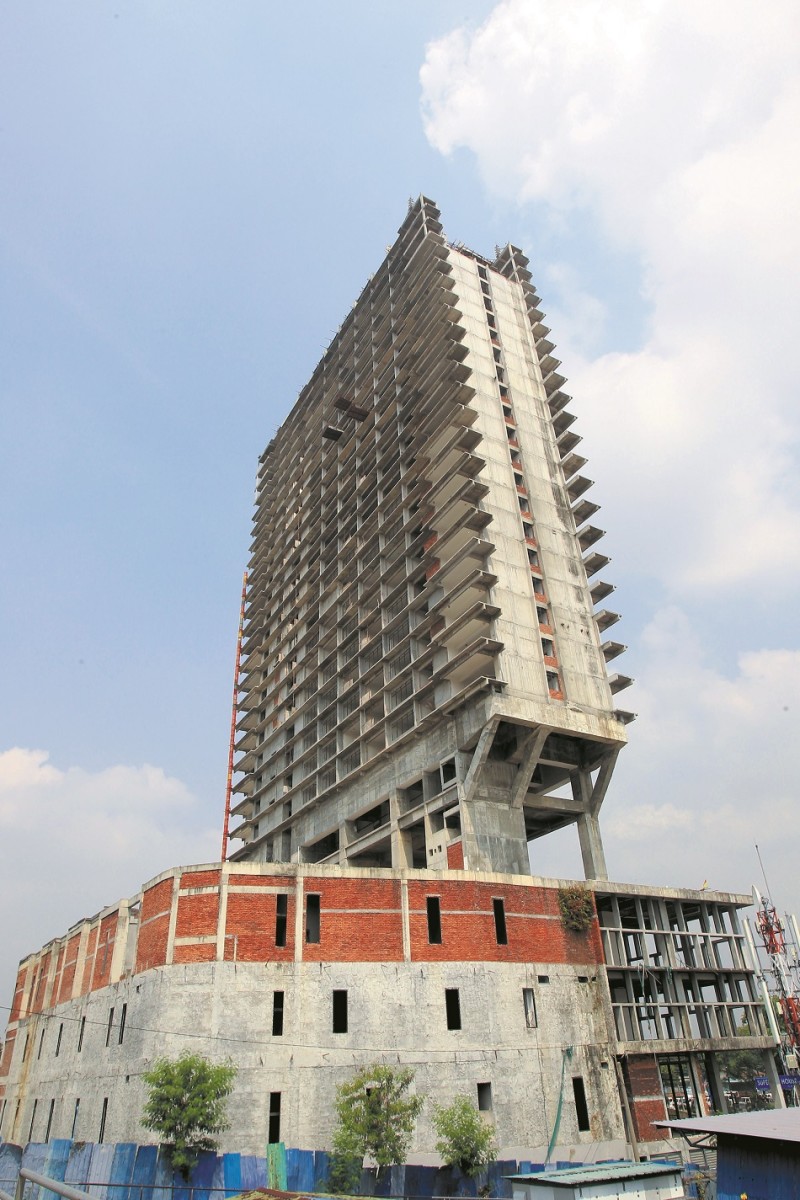 A project is considered ready to be revived when at least 50% of its buyers agree to it, or when the total purchase value by purchasers who agree to have the property revived amounts to at least 75% of the project’s GDV. The Boss sits on 2.15 acres of freehold land and had a GDV of RM118 million.

Wong says the buyers’ association has managed to get the support from 85% of buyers. “If there is any white knight willing to take over the development, it should have no problems getting the approval of the purchasers,” he adds.

Despite this unfortunate incident, Low says he is still interested in property investments as it is still the best tool to earn passive income.

“The problem is, I don’t have the extra budget for property investments anymore, almost half my expenses now goes to the mortgage. I still have to support my family,” he replies.

Rehda’s Fateh Iskandar says the buyers are not the only victims when a development is abandoned as the stalled project also has a negative impact on the area where it is located.

He notes that abandoned construction sites tend to become favourite spots for illegal activities, which will affect the safety and well-being of the surrounding community. Eventually, it will impact the value of the properties nearby too, he adds.

He emphasises that no project should be abandoned in the first place, hence thorough feasibility studies need to be done before a project starts.

A project could be stalled due to various reasons such as offering the wrong product for a particular location, litigations by contractors, land and squatter issues, market conditions, legal problems and dispute among shareholders.

“Whilst the laws have become more punitive, perhaps what is needed now is stricter enforcement,” he adds.

In Budget 2016, the government has proposed to provide stamp duty exemption to white knight developers.

“More incentives are needed such as lower interest rates for financing, subsidising the revival cost and fast-tracking certain approvals,” he says.

Interested in property investments in Klang after reading this article? Click here to check out the properties there.