Maintain outperform and further upgrade target price (TP) to RM8.36: Scientex Bhd’s first half of its financial year ending July 31, 2017 (1HFY2017) core net profit (CNP) of RM116.7 million was broadly within our (40%) and consensus (38%) FY2017E (estimates) expectations as we expect stronger contributions from its biaxially oriented polypropylene (BOPP) plant (opened in September 2016) as it ramps up utilisation in coming months, and expansions at the Rawang and Ipoh plants, which should contribute to a stronger in 2HFY2017. No dividends declared, as expected.

Its CNP declined by 11% on the back of weaker manufacturing earnings before interest and tax (-30%) as margins slipped to 7% (from 10%) likely on commencement of new consumer product plants, as well as competitive pricing strategies to gain market share. This was coupled with higher financing cost (+25%) to fund working capital for expansion plans, and higher effective tax rates of 20% (versus 19%).

Quarter-on-quarter (q-o-q), CNP improved significantly by 25%, driven by strong top-line growth (+10%) from both the manufacturing segment, as the BOPP plant continues to ramp up capacity, and the property segment, on steady construction progress from existing projects, and marginally lower effective tax rates of 19% (from 20%).

All in, we expect total capacity to increase to 304,000 tonnes per year by end-FY2017 (+6% year-on-year [y-o-y], while we expect sales tonnage to ramp up by around 18% y-o-y as plant utilisation increases throughout FY2017. Long-term growth should be sustained by its new venture into the US (due 2H2018) and we are positive about this project as it will allow the company to penetrate a new market outside its existing major exposure in the Japanese market.

Furthermore, we expect to see cost savings in its new plant from the anticipated ample supply of shale gas-based resin, as well as lower distribution costs in the American market. As for the property segment, the group has launched five new projects worth RM190 million in the second quarter of 2017, which includes maiden launches in Ipoh, mainly consisting affordable properties. Note that we make no changes to our FY2017E and FY2018E earnings estimates of RM292.3 million and RM347.3 million.

Maintain “outperform” and further upgrade TP to RM8.36 (RM7.63) as we roll forward our sum-of-parts valuation to FY2018E (from 2017E earnings). For the manufacturing segment, we maintain an applied price-earnings ratio (PER) of 17.6 times, as for the property segment, we apply a PER of four times which is in line with small-mid-cap property players during this slow market environment.

This article first appeared in The Edge Financial Daily, on March 24, 2017. Looking for properties to buy or rent? With >150,000 exclusive listings, including undervalued properties, from vetted Pro Agents, you can now easily find the right property on Malaysia's leading property portal EdgeProp! You can also get free past transacted data and use our proprietary Edge Reference Price tool, to make an informed purchase.
Scientex BOPP Rawang Ipoh Shale
SHARE
Facebook Twitter 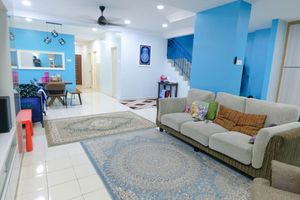 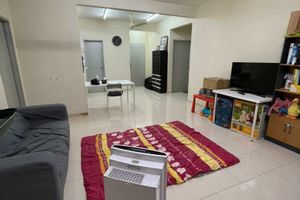 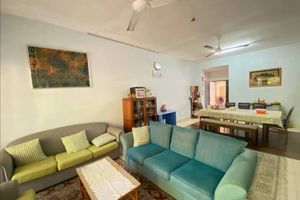