KUALA LUMPUR (June 2): Malaysian Resources Corp Bhd's (MRCB) tie-up with the Employees Provident Fund (EPF) will help reduce the conglomerate's burden of having to finance the entire Bukit Jalil project here by itself, said analysts, who are positive on the proposed joint venture (JV).

In a note to clients yesterday, AmInvestment Bank Bhd analyst Azman Hussin said it will free up MRCB's cash to allow it to undertake other development projects it has in its stable.

On Wednesday, MRCB announced that its 85%-owned subsidiary Rukun Juang Sdn Bhd (RJSB) had entered into a subscription and shareholders’ agreement with EPF's wholly-owned unit Tanjung Wibawa Sdn Bhd (TWSB) where RJSB and TWSB will co-invest in a JV company (JV Co) called Bukit Jalil Sentral Property Sdn Bhd, which will develop three pieces of land totalling 76.14 acres (30.81ha). RJSB will dispose of the land to the JV Co for RM1.43 billion or RM430 per sq ft.

In addition, RJSB and TWSB will subscribe for new ordinary shares and new redeemable preference shares — class A in the JV Co.

“We are positive on the proposed JV. It would allow MRCB to carry out the large-scale development with the support and credibility of the EPF,” said Azman, who is maintaining a “buy” call on MRCB, with an unchanged fair value of RM1.89.

“Real estate is also one of the asset classes to hedge against inflation,” Mohd Redza told The Edge Financial Daily.

“As such, even if the project launch might be in phases that are staggered across years, because of inflation, the value of the land and thus the pricing points for the projects would rise accordingly,” he said.

Mohd Redza said the returns to EPF will be “passive” on the rise in value of the land and also from the share of profits of the proceeds from sale of properties.

“This is one way for the fund to secure portions of future dividends for the members,” he also said, adding that it will provide a good hedge against the uncertain returns from the equities market, while ensuring that sufficient funds are available for future dividend payments.

EPF deputy chief executive officer for investment Datuk Mohamad Nasir Abdul Latif was quoted as saying in the annual report that the fund’s long-term and forward-looking strategy is to continuously increase its exposure to real estate and infrastructure to around 10% from 4.03% in FY16.

Under the proposed JV, the land is proposed to be developed as an integrated development comprising commercial and residential properties, including serviced apartments, shop offices, office towers, retail malls and a hotel, with a total gross development value of RM21 billion. The development is expected to commence in 2019, with a completion target of 2038.

This article first appeared in The Edge Financial Daily, on June 2, 2017. 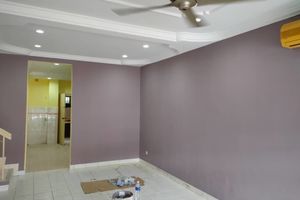