The 1-and-a-half-storey mall is an expansion of the developer’s popular KiP Mart concept of a community-centric retail centre that combines a wet market with modern retail elements such as a supermarket, food and beverage outlets, and other services under one roof.

KiP Mall Kota Warisan will have a gross built-up of almost 300,000 sq ft and a net lettable area (NLA) of 200,000 sq ft. About 20% of the NLA (around 50 kiosks) will be a fresh market while the remaining will be retail spaces. There will be approximately 700 outdoor parking bays.

KIP Group co-founder and KIP REIT Management Sdn Bhd managing director Datuk Chew Lak Seong told TheEdgeProperty.com that 70% of the NLA has been taken up including the fresh market space. The company hopes to achieve full take-up by end-2017.

“The anchor tenant is Econsave supermarket while the fresh market tenants are local traders that sell fresh produce. Other tenants include Mr DIY, KFC drive-thru, Toyworld, Sports Empire and Himalaya,” he offered.

The KiP Mart hybrid concept retail centre may be new to Klang Valley consumers, but the outlets in Tampoi and Kota Tinggi in Johor, Senawang in Negeri Sembilan and Melaka are popular among consumers in the locales. With surrounding areas such as Dengkil, Salak Tinggi, Nilai, Cyberjaya, Putrajaya, Sepang, Semenyih, Bangi and Kajang, KiP Sentral can target a population catchment of over one million, excluding the student population at Xiamen University Malaysia Campus in Salak Tinggi and other universities in these areas.

“KiP Mall Kota Warisan is aimed at the mass market as well as students who want convenience in getting their daily grocery needs and weekend shopping leisure,” Ong said.

The 132 shop lots in KIP Sentral were handed over at the end of last year. According to Ong, some owners or tenants have started their business. These shops and KiP Mall Kota Warisan will be complementing each other to draw shoppers.

The co-founders of KIP Group believe that a wet market serving the daily needs of people will always be relevant and popular if the operator can ensure a comfortable shopping experience in line with the needs of urbanites.

With that in mind, Ong and Chew had set up the first KiP Mart in Masai, Johor back in 2002 with an NLA of 143,204 sq ft. It is today a popular grocery-shopping destination in Johor Bahru, serving a population of about 247,000 in surrounding neighbourhoods.

Chew noted that KiP Mart Masai has remained relevant to the local community and is enjoying over 92% occupancy. The same goes to other KiP Marts in the country.

“We have been trying to revitalise the conventional wet market to make it cleaner and more comfortable to shop in. By combining the retail mall elements, it could offer different products and services to the local community,” said Chew. He added that KiP Mall Kota Warisan may be injected into KIP REIT in the future.

Moving forward, the group will be developing KiP Malls in Sungai Buloh in Selangor, Bandar Sri Sendayan in Negeri Sembilan, Kuantan in Pahang, as well as Kulim and Sungai Petani in Kedah. The construction of KiP Mall Sungai Buloh, with about 300,000 sq ft gross floor area, started in July on a 7-acre site near Desa Coalfields.

“We are targeting to open the mall in the third quarter of 2018,” Ong said, adding that the company also plans to start construction of KiP Mall in Kuantan and Bandar Sri Sendayan next year. 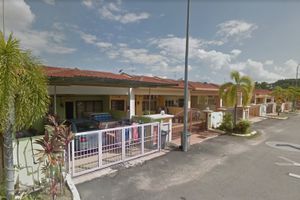 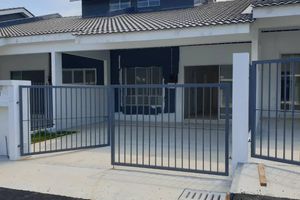 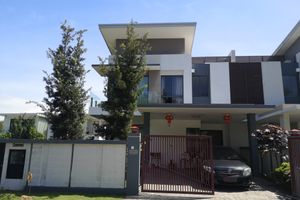 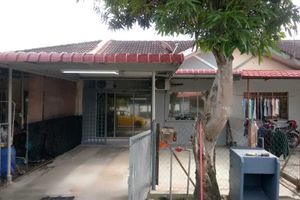