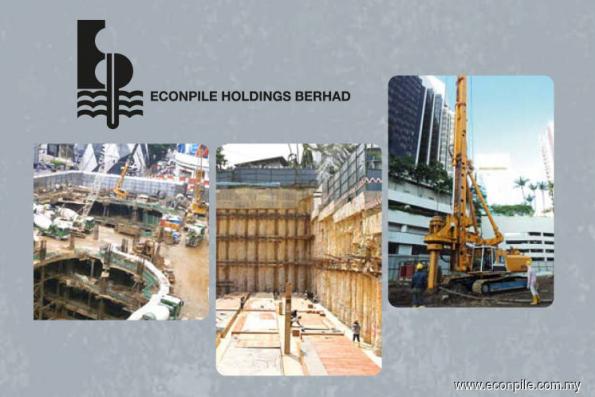 Earnings per share rose to 3.96 sen from 3.07 sen, the construction group said in a filing to Bursa Malaysia.

The 1QFY18 revenue is substantially higher than the average quarterly revenue of about RM145.5 million recorded in FY17, group executive director and chief executive officer Raymond Pang said in a separate statement.

"This was mainly due to significant progress billings from larger-ticket projects, including works for iconic properties like Maju Kuala Lumpur, Oxley Towers KLCC and Pavilion Damansara Heights," he said.

Econpile declared a first interim dividend of 1.5 sen per share, with the entitlement and payment dates set at Dec 8 and Dec 21 respectively. The dividend payout of RM8 million makes up 37.9% of Econpile's 1QFY18 net profit.

The group noted that it has secured RM290 million worth of contracts so far, including the most recent RM208.7 million piling and general infrastructure works contract for Light Rail Transit 3 (LRT3).

Its current order book stands at RM1.2 billion, which would sustain its revenue for the next two to three years.

"Backed by our vast experience and technically strong expertise, we hope to play a larger role in supporting the nation's infrastructure development," Pang said.

Econpile said it expects its 2018 performance to be challenging but sustainable on the back of the continued growth expected from the piling and foundation services in the infrastructure segment. 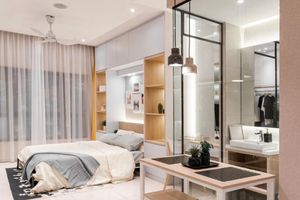