Daim: The government knows where Jho Low is KUALA LUMPUR (Aug 21): The government is aware of and knows the whereabouts of businessman-turned-fugitive Low Taek Jho (pictured), or better known as Jho Low, who has been linked to the financial troubles at beleaguered 1Malaysia Development Bhd (1MDB), according to former finance minister Tun Daim Zainuddin.

On whether he had asked the Chinese authorities about Jho Low’s location during his recent visit, Daim said: “When I went to China, I did not negotiate for Jho Low’s whereabouts.”

In July, Daim visited China and met with top officials, including Chinese Premier Li Keqiang, to renegotiate loans and contracts the previous administration inked with Chinese companies and banks.

Last Monday, Inspector-General of Police Tan Sri Mohamad Fuzi Harun was quoted as saying that the Malaysian police and their Chinese counterpart were in the dark as to Jho Low’s whereabouts.

The Wall Street Journal, however, citing sources, reported last Friday that the fugitive businessman had been living freely in China despite a red notice issued against him by Interpol.

As to the government’s plan to sell the super yacht Equanimity that is said to be worth RM1 billion and bought by Jho Low using monies allegedly siphoned from 1MDB, Daim said: “How much can you get? Well, the market for a super yacht is very limited and the maintenance costs are very expensive. Jho Low can afford it because that is not his money. If he is using his money, that is a different story.”

Earlier this month, the government seized and laid claim on the Equanimity, which was handed over by the Indonesian authorities on Aug 7. It is currently docked at Pulau Indah, Port Klang.

Last week, Deputy Rural Development Minister and veteran lawyer Sivarasa Rasiah said the government could recoup at least RM500 million from the sale of the yacht, with proceeds from that to be used to pay off 1MDB’s debts.

This article first appeared in The Edge Financial Daily, on Aug 21, 2018. 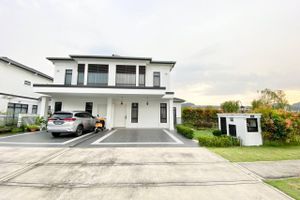