Quarterly revenue declined 12.2% to RM107.82 million, from RM122.74 million a year ago, due to lower contribution from its commercial developments, Bell Avenue and Jasper Square.

“In 3QFY17, Bell Avenue and Jasper Square contributed a total of RM70.5 million to the group’s revenue, compared with RM4.84 million in 3QFY18, as construction works have been completed substantially and is now awaiting authorities’ clearance before handing over of vacant possession to purchasers," Sunsuria said in a filing with Bursa Malaysia yesterday.

“The gap in revenue contribution was compensated by the substantial increase in [the same] from the group’s residential developments, namely The Olive, Bell Suites SOHO and Monet Lily, which contributed RM60.2 million to the current quarter’s revenue, compared with RM15.17 million by The Olive and Bell Suites SOHO in 3QFY17,” it explained.

Looking ahead, the group sees no signs of a significant increase in demand for new housing in the immediate term.

“The group believes that there will always be demand for property development products with unique value propositions, and [the group] remains optimistic that it will continue to deliver satisfactory results for the current year,” it added.

By year-end, the group is set to launch Monet Springtime at Sunsuria City, comprising 308 units of two-storey terraced houses with an estimated gross development value of RM248 million, it said in a separate statement.

It will also be launching in 4QFY18, an office tower block and Flexi Suites SOHO, which is part of the second phase of mixed integrated development projects in Setia Alam, Selangor, called The Forum.

Shares of Sunsuria closed unchanged at 97 sen yesterday, for a market capitalisation of RM774.87 million. — theedgemarkets.com 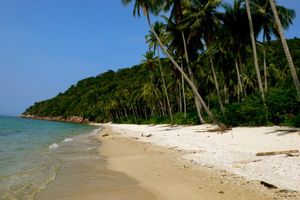