KUALA LUMPUR (April 8): Pavilion Real Estate Investment Trust (REIT) has opted not to participate in the ownership of the under-construction Pavilion Bukit Jalil mall to avoid unwanted risks, but believes the asset will be worth reconsidering upon its completion, said its manager.

“It is a very nice mall. But the board has decided to wait until the mall is completed, so that we do not take unnecessary development and construction risks,” Ho told The Edge Financial Daily in a recent interview.

“After they have finished the project, there will be a number in terms of average rental and in valuation. Hopefully then, they will invite us to look into it [again].

“If they do offer us [ownership], and if it is accretive, we will definitely review it. The mall will be completed between September 2020 and 2021, and we are quite confident that it will do well.”

The REIT considers assets with yields between 6.5% and 7% to be accretive.

Pavilion REIT and Malton — the developer of the 1.8 million sq ft mall — are linked to property tycoon Tan Sri Desmond Lim Siew Choon, who is a substantial shareholder and chairman of both entities.

On Aug 13 last year, the trustee of Pavilion REIT accepted an invitation for Malton and the REIT to enter into a non-disclosure agreement to commence due diligence and other discussions with a view for the REIT to participate in the ownership of the ongoing development.

However, five months later, Pavilion REIT announced that it would not buy a stake in the mall, but did not provide any reasons.

It is possible that the proposed stake — or a smaller or larger shareholding — could be sold to the Qatar Investment Authority, which informed Malton in a Jan 3 letter that it had its investment committee’s approval in principle to work towards participating in the ownership of the mall, subject to due diligence and execution of legal definitive agreements.

The mall — part of the wider Bukit Jalil City project with a gross development value of RM4 billion — is being undertaken by Malton’s wholly-owned subsidiary Pioneer Haven Sdn Bhd. With a net lettable area larger than the REIT’s crown jewel, Pavilion Kuala Lumpur (Pavilion KL), the mall has five retail levels and two of basement parking.

Pavilion REIT is presently enjoying continuous growth at Pavilion KL and at its recently-acquired asset, Elite Pavilion, a 10-storey retail component adjacent to the mall. The RM580 million acquisition was completed in April 2018.

The two assets contributed a combined net property income (NPI) of RM340.82 million, about 93% of the REIT’s total NPI of RM374.79 million for the financial year ended Dec 31, 2018 (FY18). The performance was a 16% improvement on FY17’s total NPI, and was achieved on the back of a 13% increase in gross revenue to RM554.98 million, mainly contributed by income from the new property, higher rental income from Pavilion KL after the repositioning exercise and a higher occupancy rate at the Intermark Mall.

Ho said it is imperative to get the formula right. “Retail is interesting once you get the right formula — like for Pavilion KL, Elite, Intermark and Tower — things will take off.

“We got the formula right for Intermark within a year. As for Da Men Mall, while it is only 5.7% of our portfolio, we do want it to succeed. So we are concentrating on Da Men this year and hope the turnaround will come.”

The REIT has spent the past year fixing road traffic issues around Da Men Mall — improving visitation numbers by about 8% — and will now work on the mall’s tenant mix to lengthen visitation hours and to boost spending.

Elite Pavilion, which boasts a 97% occupancy rate, could improve further with the opening of a new hotpot restaurant this year and a seasonal pop-up to be announced later this month.

Being “quite happy” with the REIT’s performance last year, Ho is optimistic that earnings will expand this year, albeit by a single-digit percentage, while turnover could see double-digit growth.

“Given the current situation with the US-China trade issues, and talks that interest rates are flattening off in the US, all these have introduced stability issues around the world, which can affect Malaysia.”

He said the situation is likely to be clearer in the second half of the year, but observed that consumer confidence is still looking positive.

Pavilion REIT’s unit price has gained 36.5% over the past year. At its close of RM1.80 last Friday, the REIT was valued at RM5.47 billion. Given its distribution per unit of 8.78 sen, the REIT provides a gross dividend yield of 4.9%.

“We have been trading [mostly] above the 5% yield. It is a good time for us to raise money. The next exercise will be quite interesting, but it would be quite some time away.

“We hope that [for] our next acquisition, especially with things like [Pavilion] Bukit Jalil, we will be able to raise capital rather than going for term loans,” said Ho, adding that the REIT welcomes other acquisition opportunities, including third-party assets.

This article first appeared in The Edge Financial Daily, on April 8, 2019. 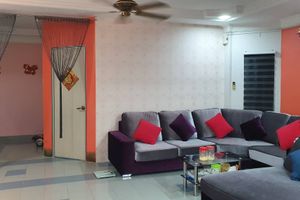 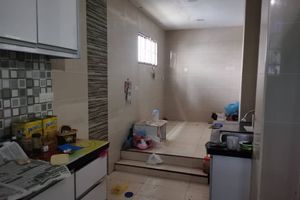 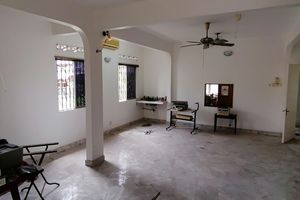