PETALING JAYA (June 29): It has been reported that Malaysia’s Finance Ministry is looking for real estate agents to sell a building in Hong Kong that houses the consular-general and a number of government agencies.

The Malaysiakini news portal reported today that based on a request for proposal (RFP) dated June 25, the “prospective agents must be registered with the Hong Kong Estate Agents Authority”.

The same reported also stated that “a briefing will be held on July 1 while the RFP submission will close at noon on July 9”.

The 26-storey building called Malaysia Building was purchased by the government back in 1980 for HK$212 million.

It was reported earlier that Finance Minister Lim Guan Eng told Parliament that the previous Barisan Nasional government attempted to sell the building for RM1.1 billion “outside the open market”.

The transaction was supposed to involve a Kuala Lumpur-based firm but the deal was “scuttled” by the Pakatan Harapan administration at Putrajaya, reported the news portal.

Lim said “a prospective buyer” offered “the present government RM1.68 billion for the building”.  He added that he was “holding out for a larger figure”.

Malaysia Building is located in the Wan Chai area.

Meanwhile, MCA president Datuk Seri Dr Wee Ka Siong has commented on efforts to sell Malaysia Building, asking whether it is the standard operating procedure for the current government to sell its overseas assets through middlemen and brokers, reported The Star.

"Why is Pakatan issuing a Request for Proposal (RFP) to sell a national asset via a middleman and not directly to buyers?" Wee wrote in a Facebook posting.

"In April, Lim [Guan Eng] had informed the Dewan Rakyat that there were buyers interested in the building in Hong Kong owned by the Malaysian government, and they wanted to buy it at RM1.6 billion. But now they are looking for an agent," Wee added.

Curious how much you can borrow? Use LoanCheck to get your maximum loan eligibility from various banks, or LoanReport to get a FREE CTOS/CCRIS credit report.
Finance Ministry
SHARE
Facebook Twitter 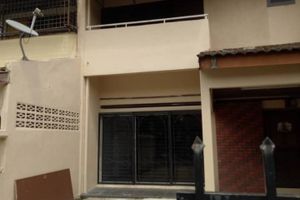 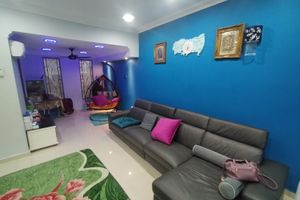