"Passengers are advised to check with the airline on the latest flight schedules. We urge everyone to remain calm and patient," MAHB said via Twitter today.

MAHB said the list comprised two AirAsia flights and one each by Lion Air and Silk Air.

Today, the haze across Peninsular Malaysia remains at an unhealthy level despite a drop in the Air Pollutant Index (API) readings.

Bernama reported today the API readings in most parts of the Peninsular Malaysia have dropped this morning, including in Johan Setia, Klang, from very unhealthy air quality at 231 last night to an unhealthy level at 188 at 7am this morning.

"However, in Sarawak, the Department of Environment's latest API readings during the same period showed an increase both in Kuching and Samarahan, from 243 to 271 and 213 to 229 respectively and remained very unhealthy," it said. 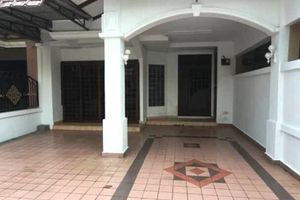