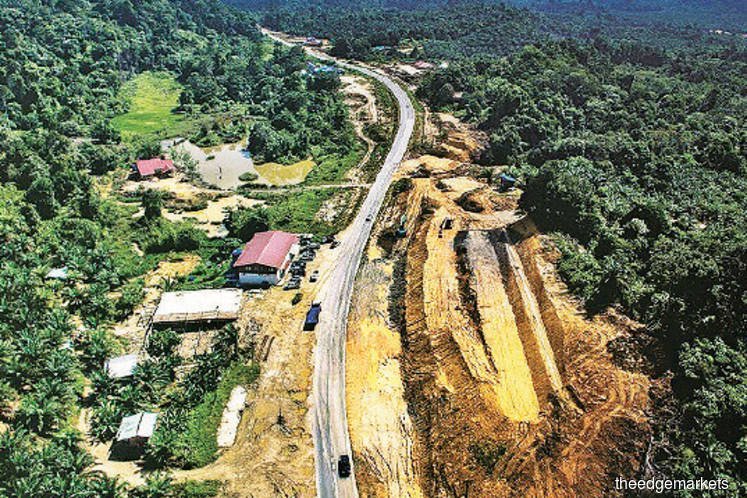 KUALA LUMPUR (Sept 19): Lebuhraya Borneo Utara Sdn Bhd (LBU), the project delivery partner (PDP) for the Sarawak portion of the Pan-Borneo highway, is hoping that the infrastructure project can be completed using the PDP model.

In a statement dated Sept 17, LBU also said it had forecasted that the construction model would not be changed.

"Market talk of termination of the PDP surfaced since the change in government in mid-2018. LBU had anticipated that it would not be terminated after having achieved a potential savings of RM2 billion and driving its contractors to meet their respective project progress timeline," it said.

The company added it had worked closely with both the Sarawak and federal governments on all aspects of the project delivery such as design, planning, governance, procurement, monitoring progress, ensuring quality, capacity-building and Bumiputera participation.

LBU explained that as a PDP, it acts as a partner and an extension arm of the government.

"You cannot do as you like. The government is the decision-maker; PDP does the groundwork and drives implementation," it said.

The PDP noted that the first phase of the Pan Borneo Highway in Sarawak involves the construction of a four-lane dual carriageway, which measures 786km in length from Telok Melano to Miri. Construction has been divided into 11 work packages, which are in turn composed of 25 individual sections.

As at end-August, over 160km of the Sarawak Pan Borneo Highway's first two carriageways have been partially completed to divert live traffic. By the end of the year, it is forecasted that a total 396km of the first carriageway will be opened to traffic.

"At the same time, works will continue unhindered on completing the second carriageway," the PDP said.

As at Aug 25, 2019, overall actual work progress by work package contractors (WPCs) for the 25 sections had reached an average completion rate of 45%, with some sections 55% to 63% completed.

LBU highlighted that the section of Batang Rajang (Durin) Bridge under WPC 07 in Sibu was 87.2% completed as at end-August.

LBU explained that each work package ranges between 60km and 95km in length and the mainline is formed of 115 pairs of bridges, 25 interchanges, traffic barriers, road signage, overhead pedestrian bridges, rest and service areas, lay-bys, and bus shelters.

"The cost per kilometre for road works of Pan Borneo Highway Sarawak is estimated at RM15.97 million, covering utilities relocation and road furniture across varied terrain, including deep foundations and soft ground conditions mainly found in central Sarawak. Inclusive of costs to construct bridges and interchanges, the cost per kilometre would then be RM19.36 million," noted the company.

The main contractors undertaking the work were pre-qualified based on pre-set and agreed-on technical and commercial selection criteria.

"Rumours in the market got all parties involved in the project jittery. It certainly affected the good rate of progress achieved in the previous months. This is very sad as all this disruption may affect the continuation and overall completion of this highway," the PDP opined.

In a report on Sept 6, 2019, sources had indicated to The Edge Financial Daily that the government had moved to terminate the PDP model for the Sarawak stretch of the Pan-Borneo Highway citing cost saving.

The decision to terminate the PDP agreement was made after the cabinet's deliberation at a meeting a few days prior.

LBU is linked to Tan Sri Bustari Yusof. The contract was awarded to LBU in June 2015, when Bustari's brother Datuk Seri Fadillah Yusof was then public works minister.

The highway is slated for completion by end-December 2021. Works Minister Baru Bian indicated that as of July this year the first phase of the Pan Borneo Highway in Sarawak was 45% completed, ahead of the scheduled completion rate of 43%.

Looking for properties to buy or rent? With >150,000 exclusive listings, including undervalued properties, from vetted Pro Agents, you can now easily find the right property on Malaysia's leading property portal EdgeProp! You can also get free past transacted data and use our proprietary Edge Reference Price tool, to make an informed purchase.
Lebuhraya Utara Sarawak Pan-Borneo PDP
SHARE
Facebook Twitter