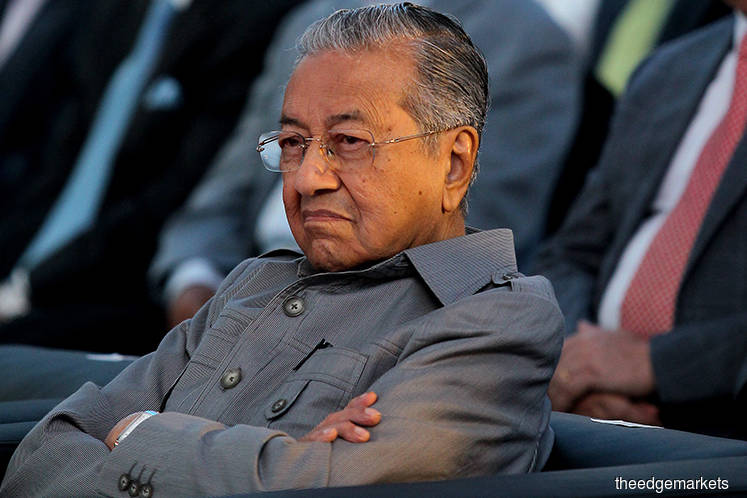 KUALA LUMPUR (Oct 29): Tun Dr Mahathir Mohamad today offered a sarcastic apology on his blog, as he "confessed" that he was party to the creation of the solution to help the country overcome the problems wrought by the 1997-98 Asian Financial Crisis, which he admitted benefitted a few tycoons.

"It would have been good if we didn't help the tycoon and let them and their businesses run into losses, fail, and then forced to close," the prime minister said.

If that was the case, all their staff — "be it the rich or not rich" — would be retrenched, he said, while Malaysia's exports would fall and there would be no inflow of foreign funds into the country.

This means the government would then lose out on corporate taxes and income taxes as a big part of taxes are paid by tycoons, he said. "A huge chunk of government funds would be lost. The country would not be able to continue its operations and development. Infrastructure could not be  built," he said.

If that had come to be, he said the government would then be forced to impose taxes "on those not defined as tycoons". "After these non-tycoons pay the taxes, they would then fall into the poor category," he said.

Dr Mahathir then recalled a sort of global movement in the 1940s-1950s, when businesses were raided by the ruling parties who had hoped to enjoy all the profit generated by the businesses.

"If we want to, we can drive out all these tycoons. Don't help them. Let them go bankrupt. We only help those who are not tycoons. But how are we going to help the non-tycoons, if all the tycoons can no longer pay taxes? That is the question?" he said.

“I admit I was involved in the creation of the measures to overcome the financial crisis in 1997-1998. Yes, certainly our method to resolve the crisis has helped tycoons in Malaysia,” he said.

“I apologise as my actions to overcome the 1997-1998 financial crisis benefitted the tycoons,” he added.

Looking for properties to buy or rent? With >150,000 exclusive listings, including undervalued properties, from vetted Pro Agents, you can now easily find the right property on Malaysia's leading property portal EdgeProp! You can also get free past transacted data and use our proprietary Edge Reference Price tool, to make an informed purchase.
Mahathir Mohamad 1997-98 Asian Financial Crisis Tycoons Corporate taxes
SHARE
Facebook Twitter