According to the United Nations’ World Urbanization Prospects: The 2018 Revision Report, as of 2019, 76% of the Malaysian population resides in urban areas and the percentage is projected to reach 87.3% by 2050.

With rapid urbanisation and the growing population within cities, high density living is increasingly dominant around the world. Furthermore, the low- to mid-income segment of the population especially, would only be able to afford to live in crowded high-rises.

Although this could be up for debate, well-planned high-density living could be a solution to counter the negative impact of urbanisation. “People are moving to the outskirts as they cannot afford to live in the city centre, but they still have to travel into the city for work, causing bad traffic congestion,” she tells EdgeProp.my.

Deputy CEO of Singapore’s Housing & Development Board (Building) Fong Chun Wah tells  EdgeProp.my that high-density living could bring benefits such as lower transportation energy consumption thanks to shorter trips and higher public transportation modes. “People could also save on the cost of traveling, as many amenities and conveniences could be within walking distance,” he says. 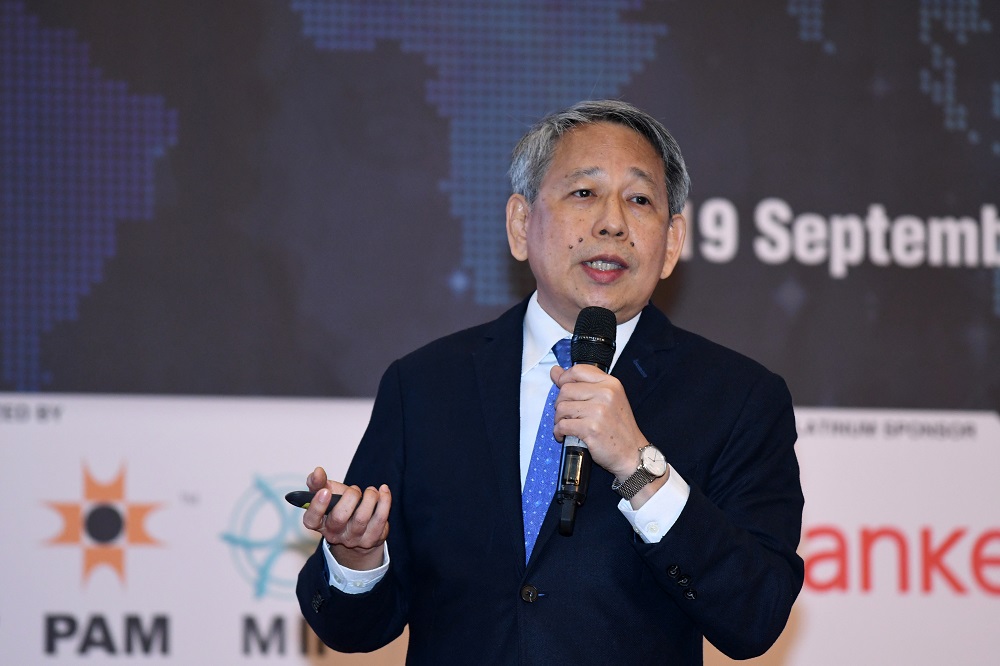 Furthermore, the same amount of street lights and traffic lights could serve more people in a high-density area than a place where people live along long stretches of road, he notes.

High-density living seems inevitable in the city but how can they offer quality living? This matter could be addressed through two aspects — neighbourhood planning and building planning.

Contrary to popular belief, quality living environments can be achieved if the high-density development and its surroundings are mindfully planned.

From a city planning perspective, Fong points out that liveability in a high-density housing area needs to be supported by sufficient infrastructure, including well-planned rail and road networks; easy access to sufficient amenities such as schools and health facilities; as well as recreational areas and greenery.

“For instance, if children can walk to school, it makes things a lot easier [for parents],” he says. PAM’s Tay also notes that to make high-density living attractive, there should also be enough public spaces for community interaction and cultural life to take place.

In Singapore, land use is carefully planned due to scarcity of land. Thanks to the Housing & Development Board (HDB) — the centralised authority that regulates the country’s public housing, which is the largest portion of all housing in the country — optimised plans could come into reality.

Fong says that the HDB uses the ‘checkerboard concept’ to enhance liveability by interspersing high-rise with low-rise developments to provide visual and spatial relief to the residents, citing Singapore’s Punggol Eco-Town as an example.

However, the development of buildings in Malaysia is controlled by various authorities and although it may be challenging, there is a need for all authorities to adopt the same sustainability principles  across the country in new developments, Tay opines.

She adds that city planners and developers should also work together to provide safer sidewalks, better street lighting and enhanced security in the neighbourhood, as walkability is one of the benefits that could come along with well-planned high-density living.

Zooming into focus on the building itself, its design is vital in ensuring its liveability. Good passive design planned from the very beginning could prevent many problems in the future, while at the same time not requiring a huge amount of additional cost.

Some space and air

Due to expensive land prices, housing units in cities are becoming smaller, thus common open spaces and green areas bring much welcome respite. Tay suggests that greenery be distributed across various parts of the buildings to give people more opportunities to enjoy nature and the outdoors.

Living in a high-density area does not mean giving up natural wind and light. To enhance natural ventilation and natural light further, one could incorporate open corridors and openable windows.

“Western building designs usually have enclosed corridors due to their cold weather, but we should not blindly follow them since the Malaysian weather is milder,” she stresses.

A well-designed high-rise residential unit should have a nice balance of solid walls and exterior windows, which essentially offer a balance of heat insulation, natural light and wind.

A good building design does not only ensure good comfort levels but also helps its users save energy by using less artificial lighting and air-conditioning.  “For example, if there is a window in the bathroom, you don’t have to turn on the lights every time you enter the bathroom,” she cites.

Meanwhile, Fong notes that the facing direction of units is also an important aspect that affects indoor temperature.

Be considerate As Malaysia is a very family-oriented society, houses need to suit the needs of all generations.

“A secured balcony would be good to let families with young kids  have a private yet safe open space.

“However, it is very difficult to install grilles by ourselves in high-rise buildings. Hence, adding suitable building envelopes to ensure balcony safety is something that should be taken into consideration at the design stage,” says Tay.