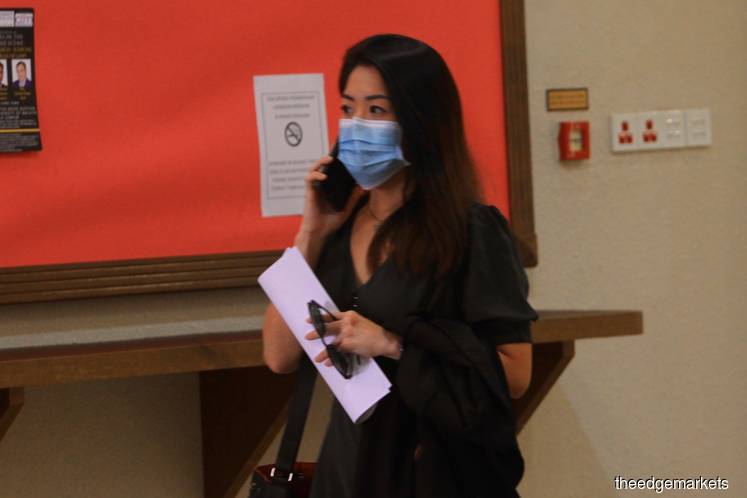 Yap, 33, said there were several occasions during which she was instructed by her superior, Joanna Yu Ging Ping, to meet with Jho Low's associate Kee Kok Thiam to facilitate cash deposits into Najib's accounts with numbers ending 880, 906 and 898.

During examination-in-chief by lawyer Farhan Read, she said she was instructed to do so as the accounts were overdrawn.

"Why was Kee Kok Thiam making these deposits into Datuk Seri Najib's accounts?" asked the lawyer.

"I don't personally know the reasons for which he was making these deposits. I was merely acting on Joanna Yu's instructions to expedite Kee Kok Thiam's dealings with the branch. I merely arranged for a branch personnel to attend to him straight away.

"Essentially, I just arranged for him to 'cut the queue' so to speak," said Yap.

However, she could not recall how many times this happened and the amounts that were banked in.

She also dealt with 1Malaysia Development Bhd executive director of finance Terrence Geh and SRC International Sdn Bhd chief financial officer See Yoke Peng in matters relating to SRC and its subsidiary Gandingan Mentari Sdn Bhd, as both were her corporate clients, and had acted on their instructions.

Lawyer Harvinderjit Singh then asked the witness why she had dealt with the two individuals, and whether she was shown any letter authorising her to act on Geh or See's instructions. Yap replied, saying she cannot remember.

Her time in the witness stand was rather brief, as examination by the prosecution and the defence was concluded in under two hours, with Yap mostly confirming banking documents.

Besides SRC, she was responsible for managing the accounts of corporate clients, notably MMC Corp Bhd, Gadang Holdings Bhd and a few other public listed companies.

Yap said she takes and executes instructions from her superiors, usually in respect of accounts belonging to high net worth individuals, to ensure that their dealings with the bank go smoothly, although she does not meet with any of the high net worth clients.

Following the release of Yap as a witness, the defence said it will be bringing in its third witness tomorrow, former Treasury secretary-general Tan Sri Mohd Irwan Serigar Abdullah.

Yap was testifying in the trial of Najib, who is battling seven charges of criminal breach of trust, money laundering and abuse of power, involving a total of RM42 million SRC funds.