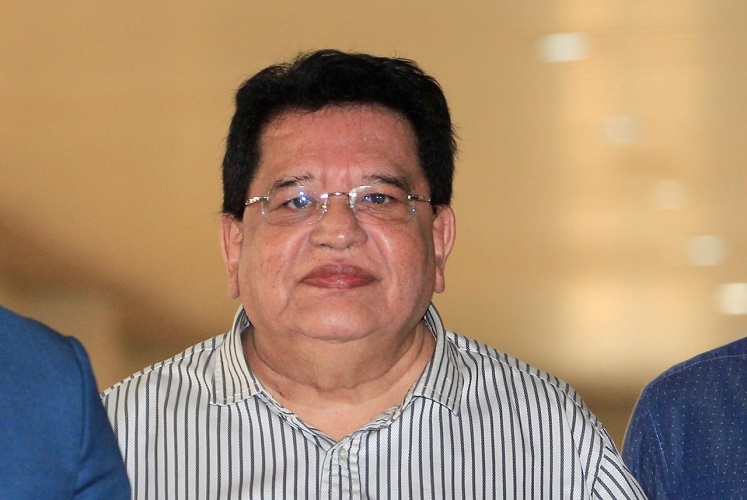 KUALA LUMPUR (March 5): Two million ringgit was not a big deal for Datuk Seri Tengku Adnan Tengku Mansor because to him it was like “pocket money”, he told the High Court today.

The Umno treasurer was responding to a question by deputy public prosecutor (DPP) Julia on whether the RM2 million that was given via a cheque by his close associate and Aset Kayamas Sdn Bhd managing director Tan Sri Chai Kin Kong, was considered valuable to him.

Julia: Was the RM2 million valuable to you?

Tengku Adnan: No it was not. To me it’s like, my pocket money, you know.

Julia: I’m putting it to you that the RM2 million is used for your own purpose.

Tengku Adnan: Disagree. I needed the money just for elections, nothing more than that. You see I didn’t ask the president or anyone else, I was able to stand on my own.

At the start of proceedings, Tengku Adnan had lost his cool when Julia referred to his statement and asked why he said irrelevant charges were being framed against him.

Tengku Adnan: The former Attorney General withdrew the Section 165 charge against the former minister of finance [Lim Guan Eng]. So why are you putting the same charge on me? And then you go talk to the press and you tarnish my image. It’s unfair.

The witness was referring to Lim’s bungalow deal which the latter was charged for in 2017 and subsequently acquitted in 2018 following Pakatan Harapan’s win in the 14th General Election.

After a short argument, the DPP then moved on to ask Tengku Adnan whether he had declared receiving the RM2 million from Chai to the then-prime minister Datuk Seri Najib Abdul Razak.

Julia referred to a Code of Ethics for members of the administration which states that no member shall receive any money or gift in their capacity in government and if they are not sure whether it should be accepted, they shall inform the prime minister.

Julia: Is it correct for me to suggest that the amount was not reported to Prime Minister?

Tengku Adnan: No, because it is not a hadiah [gift]. So why should I report to PM?

Tengku Adnan, who is former Federal Territories minister, stressed that he was already of good financial standing prior to joining politics and that his decision to accept the invitation to participate was out of concern for the development of the country.

Yesterday, the witness said he had made four asset declarations over four years while in Cabinet. In 2001, he had RM938.64 million in assets.

This amount subsequently reduced to slightly over RM782.75 million in 2016, he added.

He disagreed with the assertion that having that amount of wealth put him in good standing with the other politicians in the party.

“Why do I need to be in their good books? I’m just here to help the rakyat. It’s the rakyat I’m concerned about. Why did my asset declaration reduce? Nobody asks. It’s because I used it for political purposes,” he said.

Tengku Adnan is being charged under Section 165 of the Penal Code for accepting RM2 million from Aset Kayamas managing director Chai via a Hong Leong Islamic Bank cheque belonging to his company.

Chai had allegedly given a cheque for that amount to Tengku Adnan’s company Tadmansori Holdings Sdn Bhd in relation to the purchase and subsequent proposed development of two parcels of land in Bandar Tun Razak here.

Tengku Adnan, as Federal Territories minister, had allegedly interceded in Aset Kayamas’ dealings with Kuala Lumpur City Hall over the purchases and affordable housing development planned for the site.

The accused, however, contends that the money was a political donation to his party.

The trial continues after lunch.

Curious how much you can borrow? Use LoanCheck to get your maximum loan eligibility from various banks, or LoanReport to get a FREE CTOS/CCRIS credit report.
Tengku Adnan IRB Income tax Arrears Aset Kayamas Tadmansori Holding
SHARE
Facebook Twitter 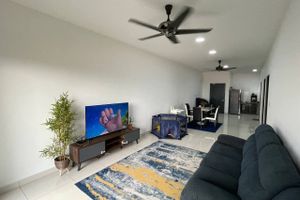