Owning a home is the aspiration of every Malaysian. But the relentless rise in home prices, which has far outpaced income growth, is increasingly putting home ownership beyond the means of the average person or sending households into unsustainable indebtedness.

In particular, home prices have risen rapidly since 1990, fuelled by historically low interest rates and enabled by the then government’s policies (such as home ownership campaigns, Developer Interest Bearing Scheme and a reduction in the real property gains tax) and banks’ aggressive lending for mortgages. As a result, home affordability has declined by half.

At the same time, rising home prices and profit margins have led to a building boom by property developers. Persistent overbuilding coupled with the increasing unaffordability of homes is creating an untenable rising pile of unsold properties that is also tying up precious resources as unproductive assets.

(For a more detailed discussion, please refer to our previous article entitled “What ails the Malaysian residential property sector”).

The primary purpose of housing to society is to provide shelter or a home for individuals and families. The property sector is, at the same time, a major contributor to economic activity, employment and tax revenue.

Like the financial services industry, we believe the property sector requires wholesale changes to the eco-structure and system to resolve its current predicament.

Singapore is an interesting case study. The country has one of the most expensive private housing markets in the world. A stately colonial bungalow goes for more than S$200 million (RM613 million).

Yet, it also boasts one of the highest home ownership rates in the world, attributed to the success of the Housing Development Board (HDB). The government builds affordable housing for the people, subsidised by the sale of land at high prices to the private sector. Eighty per cent of Singaporeans now live in a government-built (HDB) flat. HDB projects are well-designed and maintained, resulting in significant home equity gains over time.

This is a good example of a successful income-wealth redistribution initiative aimed at reducing inequality. One can clearly see the stark contrast between Singapore and Hong Kong, another country where land and property prices are among the highest in the world. In the latter, the property market is controlled by a handful of private developers. Home ownership stands at just 49.2% and rising home unaffordability contributes to a skyrocketing cost of living, all of which are part of the root causes of the recent social unrest. That said, we see Singapore as a unique case. Because land accounts for a huge portion of total property costs, as high as 70%, it gives the government substantial leverage for its subsidised public housing programme. A similar programme would be far less effective in Malaysia, where land typically accounts for only about 15% of gross development value. Thus, subsidising land cost can only very marginally lower home selling prices.

Indeed, Malaysia has tried for years to bring down home prices, from controlling the cost of land and materials as well as construction — for instance, the use of prefabricated modular construction or an industrialised building system — to moral suasion and mandatory building of “low-cost homes”. All these measure have had limited success. Absolute and psf prices for homes continue to rise.

Worse, most of these low-cost homes are being built in farther and farther-off locations, making commuting to work difficult, especially for lower-income households dependent on public transport.

Lowering costs by cutting amenities, facilities and surrounding infrastructure and/or building homes so small in size and in high density that they ultimately destroy homeowner equity is clearly not the answer. A case in point — PR1MA homes have low take-up rates and limited success despite billions of ringgit having been spent on them.

Persisting with these same old ideas — building low-cost homes, extending mortgage tenures, giving concessions on taxes and duties — as solutions is simply not going to work. To quote Albert Einstein, “The definition of insanity is doing the same thing over and over again, but expecting different results.”

It is high time Malaysia tried another approach, one that will simultaneously address the growing home affordability issue — by lowering home prices — and rejuvenate the sector as well as minimise future systemic risks from property’s cyclicality.

The price of a home to the buyer is made up of the tangible costs (land, materials, construction, compliance, sales and marketing expenses, among other things) plus profits for the property developer, suppliers and contractors and the financing bank.

Right now, the developer puts in upfront capital to build and risks selling less than the required number of homes to break even. When this happens, suppliers and contractors risk not being able to collect their dues. The bank faces the risk of loan defaults by both the developer and the buyer, who ends up with a half-completed home if the project is abandoned.

All these risks — most of which occur during the three-year construction period — have to be compensated. And they add up to a higher price for the home, in the form of a higher required rate of return for the developer, suppliers, contractors and bank.

The obvious solution is to remove the risks and therefore, reduce the required returns (profits) — by changing the ecosystem.

1. The developer is allowed to withdraw the project and fully refund deposits if confirmed sales (with secured mortgages) are less than 70% within a specified period, say six months from launch.

2. The project goes ahead upon hitting the minimum sales threshold. The bank will provide a bridging loan to the developer to build.

3. The bank takes on a more active role in project oversight. Progress payments will be released directly to suppliers and contractors upon verification by its appointed quantity surveyor.

4. Upon completion of the project, the developer will receive its profits and cash from the bank.

5. The mortgage will be drawn down and the homeowner will start repayment upon handover with certificate of fitness (CF).

In this ecosystem, there is no risk of project failure for the developer and the upfront capital requirements are smaller. The suppliers and contractors will be guaranteed timely progress payments from the bank. For the bank, there is no risk of developer loan default due to the project being abandoned, overpayments for supplies and/or fraud.

Last but not least, the buyer does not get saddled with an uncompleted home for which they will still have to make mortgage repayments. Plus, under the new structure, they do not have to service the mortgage until the home is ready for moving into, which means no double costs as many will likely be paying rental during the construction of their new homes.

Lower risks and required returns for all stakeholders equal lower costs and home prices — and improved affordability for young Malaysians. It is a win-win situation for all parties involved.

This is in fact not a novel concept. Similar models are already being used — and have proven successful — in developed countries, including the US, Canada and Australia. Why not learn from them, and refine and adopt the concept to suit our own purposes and objectives, for the better of all?

The above will effectively lower house prices and improve affordability. However, on its own, it is still not sufficient. Many Malaysians simply do not have enough even for the upfront deposit, due to a combination of factors including low per capita income, excessive consumption and high household indebtedness.

As the solution to this revolves around financing instead of addressing the supply side, we will leave further discussion to a later article.

This article first appeared in the July 25, 2020 issue of The Edge Malaysia 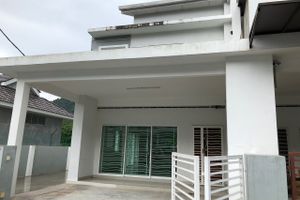 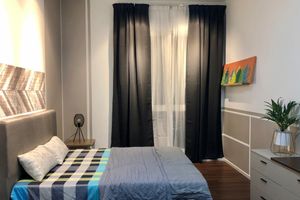