The MP pointed out that the moratorium is understood to only be a postponement of payment, which means that the borrowers would still eventually have to pay off their loans.

Therefore, this should not result in losses for the banks, he said during a press conference in Parliament.

"The interest and the principal would still need to be paid. Many are asking what the minister meant by the losses faced by the banks. Was the minister referring to postponed earnings?

"This does not compare to the small business owners who are footing the costs of providing their products or services. The banks' loans won't be going anywhere. The borrowers still need to pay," said Akmal.

He also pointed out that the third economic stimulus package also offered a special tax incentive for banks.

Quoting an FAQ by the Inland Revenue Board, he said the tax incentive relates to accrued earnings due to the moratorium which would not be included in the banks' earnings for the year.

Besides that, the Perbadanan Insurans Deposit Malaysia Act (PIDM Act) provides that deposits of conventional and Islamic banks are insured by up to RM250,000 per depositor.

"This means that the losses faced by the banks are limited and depositors need not worry about their deposits, even though there is a moratorium," said Akmal.

He also pointed out that non-performing loans (NPL) stood at 1.57% prior to the moratorium, which the MP deemed as low, adding that the banks will only recognise losses when their loans turn into NPL.

"An extension of the moratorium will allow individuals and small businesses to financially recover. If the moratorium is stopped before the economy stabilises, NPL will rise which will translate to losses for the bank," he said.

Looking for properties to buy or rent? With >150,000 exclusive listings, including undervalued properties, from vetted Pro Agents, you can now easily find the right property on Malaysia's leading property portal EdgeProp! You can also get free past transacted data and use our proprietary Edge Reference Price tool, to make an informed purchase.
Johor Bahru MP Akmal Nasir Moratorium
SHARE
Facebook Twitter 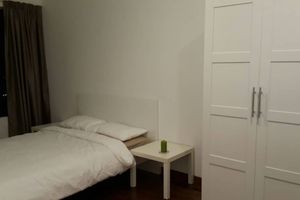