KUALA LUMPUR (July 29): A total of 4,542 applications to cease operations were processed by the Companies Commission of Malaysia (SSM) between April 1 and July 19 this year, according to the Ministry of Domestic Trade and Consumer Affairs.

According to Deputy Domestic Trade and Consumer Affairs Minister Datuk Rosol Wahid, a total of 278 businesses ceased operations in April, followed by 1,565 in May, 1,595 in June and 1,107 in July.

"Whenever the economy is struggling, there would be many who register their new businesses. They may have lost their jobs, so they would look at other avenues to get income.

"This shows that Malaysians are not lazy. When times get tough, they look for other ways to support themselves," he said, addressing a question from Tan Kok Wai (PH-Cheras).

He added that the new businesses mostly comprised e-commerce and online businesses as physical operations were not allowed during earlier phases of the movement control order (MCO) period.

Looking for properties to buy or rent? With >150,000 exclusive listings, including undervalued properties, from vetted Pro Agents, you can now easily find the right property on Malaysia's leading property portal EdgeProp! You can also get free past transacted data and use our proprietary Edge Reference Price tool, to make an informed purchase.
MCO Deputy Domestic Trade and Consumer Affairs Businesses Datuk Rosol Wahid
SHARE
Facebook Twitter 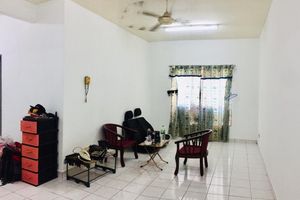