KUALA LUMPUR (Sept 11): Bank Negara Malaysia (BNM) did not cut the overnight policy rate (OPR) in yesterday's Monetary Committee Meeting (MPC), keeping the rate at 1.75% after four consecutive cuts since the start of the year.

The central bank's decision was on the ground that there were continued improvements in the global economy given the easing of containment measures across more economies and strong policy support.

Economists contacted said BNM is likely to maintain the policy rate at least until year end, should the recovery remain on track.

In its Monetary Policy Statement, BNM said the reopening of production facilities led to a resumption of manufacturing and trade activities, although the recovery in the service sector had been slower.

"Financial conditions have improved, although risk aversion remains elevated. The outlook is still subject to downside risks and uncertainties, primarily due to the risk of a resurgence of the pandemic and weaker labour market conditions," it said.

"Looking ahead, the improvement is expected to continue into 2021, supported by the recovery in external demand and expansion in private sector expenditure.

"However, the pace of recovery will be uneven across sectors, with economic activity in some industries remaining below pre-pandemic levels, and a slower improvement in the labour market," said BNM.

Bank Islam Malaysia Bhd chief economist Dr Mohd Afzanizam Abdul Rashid said it is possible that the OPR could stay at the current level throughout the year but pointed out BNM's caveat.

"BNM seems to be upbeat on the economic outlook for the remainder of 2020 and going into 2021. Signs of economic recovery have been encouraging, suggesting the effectiveness of the policy transmission to the economy.

"Despite that, BNM had a caveat on its policy action — the pandemic. Therefore, it remains open to a possible cut in the OPR if the situation demands for such a policy response. This is given the fact that inflation is expected to be a non-event," he told The Edge.

Likewise, Maybank Investment Bank Bhd chief economist Suhaimi Ilias expects the key policy rate to be maintained for the rest of the year and 2021.

"For now, we expect OPR to remain at this level until end-2021, but this is a 'dovish pause' with policy bias tilted to easing rather than tightening," he said in a note.

He also said that other ASEAN central banks including Indonesian and Philippine central banks had also kept rates unchanged at their latest monetary policy meetings after cutting rates by at least 100 basis points (bps).

Affin Hwang Capital chief economist Alan Tan said Malaysia's real gross domestic product (GDP) growth found its bottom during the second quarter of the year, with gradual improvements to be seen in the second half of 2020 (2H20).

"We believe there is still room for targeted fiscal policy initiatives to support the economy. The country's Ministry of Finance guided recently the possibility of targeted stimulus measures if economic growth slows unexpectedly.

"However, we believe earlier stimulus packages will continue to support growth and are unlikely to wear off in 2H20, reinforcing our view that BNM will likely leave its OPR unchanged at 1.75% in the final MPC meeting for 2020 on Nov 3, 2020," said Tan.

He added that there could possibly be a gradual normalisation of monetary policy in the event that domestic economic conditions continue to improve next year, which could see BNM increasing the OPR by 25bps to 2.00% by late-2021.

Similarly, MIDF Research expects BNM to hold off from further reductions in the OPR for the rest of the year, as the research house does not see any need for additional easing as the current level is deemed to be accommodative and that the recovery in economic activities is expected to continue in the coming months.

BNM also has enough room to ease its monetary policy if conditions were to weaken, it said, noting the resurgence of Covid-19 infections and potentially weaker external demand, if recovery took longer than expected, as potential downside risks to growth.

The pause in cuts came after four consecutive cuts in the previous policy meetings since the start of the year, amounting to a total 125bps reduction in the OPR, given the unprecedented impact of Covid-19 on the economy.

Looking for properties to buy or rent? With >150,000 exclusive listings, including undervalued properties, from vetted Pro Agents, you can now easily find the right property on Malaysia's leading property portal EdgeProp! You can also get free past transacted data and use our proprietary Edge Reference Price tool, to make an informed purchase.
Bank Negara Malaysia OPR Monetary Committee Meeting
SHARE
Facebook Twitter 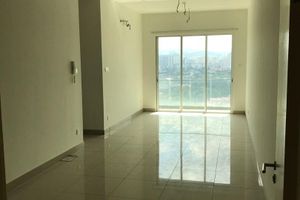