KUALA LUMPUR (Dec 10): Shares of IOI Properties Group Bhd rose as much as 10.69% this morning to a one-year high.

Hong Leong Investment Bank (HLIB) Research has maintained its "buy" call on IOI Properties Group Bhd with a higher target price of RM1.76 (from RM1.10), based on a lower discount of 60% to a realisable net asset value of RM4.32 as the research house's previous estimates were too conservative.

HLIB Research analyst Andrew Lim Ken-Wern said the research house remains confident of IOI Properties' outlook given the strong response in its products and potential land banking activities in China coupled with ongoing efforts to increase its recurring income base.

"We also see value in the stock given its ability to heavily outperform its peers over the past two quarters during the ongoing pandemic alongside its ability to sustain strong net margins of 20%-30%. At current prices, the stock trades at an undemanding 0.4x P/B (which is -1SD below its five-year mean)," he said in a note today.

Commenting on the outlook of the group, the analyst expects IOI Properties' sales and launch targets for the financial year ending June 30, 2021 (FY21) to be able to record similar levels year-on-year.

Despite this, Lim said earnings for the group are still sustainable as they are supported by the sales of completed inventory and projects in China which are launched once construction progress is at least 50%.

This in turn directly translates into earnings upon conversion of bookings to sales, the analyst noted.

"Earnings will also be supported by efforts to clear completed inventory which is worth just over RM2 billion as of 1QFY21. Management notes that the incentives and promotion given for such properties are very much contained, as seen in its ability to consistently record net margins of 20%-30% over the past years up until now," added Lim.

Lim said the group's 1QFY21 results were above HLIB Research's expectations largely due to higher-than-expected sales recognition from China and completed inventory sales.

Looking for properties to buy or rent? With >150,000 exclusive listings, including undervalued properties, from vetted Pro Agents, you can now easily find the right property on Malaysia's leading property portal EdgeProp! You can also get free past transacted data and use our proprietary Edge Reference Price tool, to make an informed purchase.
IOI Properties HLIB Outlook China
SHARE
Facebook Twitter 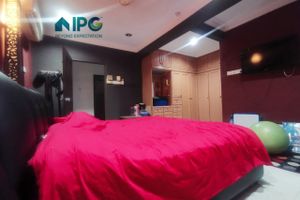 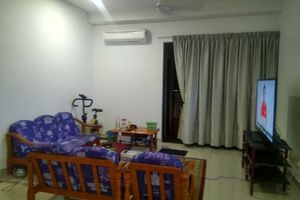