BUTTERWORTH (Dec 14): An immigration officer today was sentenced to 30 days in jail and fined RM12,000 by the Sessions Court after pleading guilty to three charges of accepting bribes amounting to RM3,060 in 2018.

Judge Norhayati Mohamad Yunus ordered Akashah Roslan, 38, to serve four months in jail if he failed to pay the fine for each of the charges.

According to the charge sheet, Akashah, a Grade KP 19 immigration officer attached to the Immigration Department at Sultan Iskandar Building, Johor Darul Takzim has obtained a valuable thing in the form of cash of RM2,160, RM100 and RM800, without any consideration from Mohd Azril Azizan, which were credited to his CIMB savings account.

The accused, who has an official working relationship with Mohd Azril, was accused of committing the three offences at No.32 Jalan Mahsuri, Bandar Bayan Baru between June 22 and Sept 14, 2018.

He was accused under Section 165 of the Penal Code which carries a sentence of up to two years, a fine or both.

In mitigation, Akashah, through his lawyer Benjamin Tan Yi Bin, pleaded for a lenient sentence on grounds that his guilty plea shows that he regretted his actions and that it saves the court’s time.

Tan also told the Court that the accused is a hypertension patient who has to support his wife and their three children.

Meanwhile, Deputy Public Prosecutor S. Selvaranjini attached with the Malaysian Anti-Corruption Commission (MACC), pressed for heavier sentence as the accused’s action had tarnished the image of the Malaysian Immigration Department.

Selvaranjini told the court that as a frontline civil servant who was tasked to maintain security, the accused has betrayed the trust of the community.

Looking for properties to buy or rent? With >150,000 exclusive listings, including undervalued properties, from vetted Pro Agents, you can now easily find the right property on Malaysia's leading property portal EdgeProp! You can also get free past transacted data and use our proprietary Edge Reference Price tool, to make an informed purchase.
Bribery Immigration Department
SHARE
Facebook Twitter 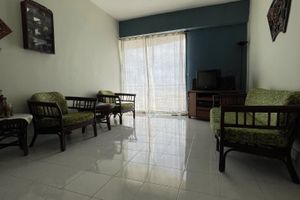