PUTRAJAYA (Dec 24): The Federal Court reconfirmed today that it will hear on Jan 21, 2021 lawyer Tan Sri Muhammad Shafee Abdullah’s (pictured) application to expunge an affidavit related to the money laundering and tax evasion charges against him involving RM9.5 million, which is alleged to have come from 1Malaysia Development Bhd (1MDB).

“This would be a physical hearing,” Sarah said.

It was reported that the affidavit, filed by Siti Rahayu Mohd Mumazani, a former special officer to the attorney-general (AG), is linked to PKR president Datuk Seri Anwar Ibrahim’s civil action against the government.

In his originating summons, Anwar was reported to have claimed that he did not get a fair trial in the appeal against his second sodomy conviction after former prime minister Datuk Seri Najib Razak paid Shafee to lead the prosecution team in the case in the Court of Appeal and the Federal Court.

In Siti Rahayu’s affidavit, she was reported to have claimed that new information was discovered, revealing that Shafee was paid RM9.5 million from Najib's bank accounts between 2013 and 2014.

News reports indicated that on Nov 29, 2018, the Court of Appeal dismissed Shafee's application to expunge Siti Rahayu's affidavit and cross-examine her.

It was reported that the court had, however, allowed Shafee to intervene in Anwar's appeal regarding the latter’s civil action against the government over his sodomy conviction.

Anwar is represented by lawyer J Leela, who has also confirmed that the Federal Court will hear on Jan 21 Shafee’s application to expunge the affidavit.

Looking for properties to buy or rent? With >150,000 exclusive listings, including undervalued properties, from vetted Pro Agents, you can now easily find the right property on Malaysia's leading property portal EdgeProp! You can also get free past transacted data and use our proprietary Edge Reference Price tool, to make an informed purchase.
Muhammad Shafee 1MDB Money Laundering
SHARE
Facebook Twitter 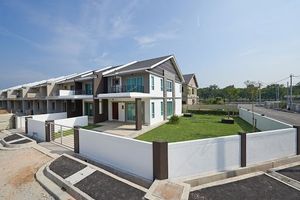 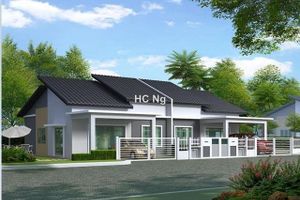