KUALA LUMPUR (Oct 3): There were no further sales of government assets to repay debts linked to 1Malaysia Development Bhd (1MDB) after the change in federal government in 2018, the Public Accounts Committee (PAC) was told.

During proceedings on July 27, the committee was told by Treasury secretary-general Datuk Seri Asri Hamidon that repayments of the now-defunct entity’s principal and coupon amounts are transparent.

“All of these are now in the open, or in the Federal Consolidated Fund,” he said.

The PAC released a report on Monday (Oct 3) concerning actions taken by Bank Negara Malaysia (BNM) and the Ministry of Finance after the central bank bought a 55.79-acre (22.58-hectare) parcel next to its Sasana Kijang complex here from the ministry for RM2.066 billion, or RM823 psf.

BNM said the Global Islamic Finance University and the International Shari’ah Research Academy for Islamic Finance (Isra) will be relocated onto the land, known as Lot 41, while more education and training facilities will also be built there.

A PAC report in December 2021 confirmed that the land was sold to facilitate 1MDB’s debt settlement.

According to the latest PAC report, BNM has strengthened its procurement policy by widening the scope of its due diligence and internal administration, among others.

In addition, BNM will also monitor the enforcement of Section 20 concerning disclosure of interest under the Central Bank of Malaysia Act 2009, and state all signficant related party transactions with the Government, including land transactions, separately in its annual financial statements.

The central bank said in future, it will also obtain valuations from at least two valuers, which will then be deliberated on by a few committees and not just one person.

According to the PAC, the Cabinet on March 11 agreed to change the land status to allow the development of mixed-use commercial buildings with a plot ratio of 1:6, in line with the price of the land.

The land premium for converting the land status is a “minimal” RM10,000, noted the committee.

“Based on the decision of the Cabinet conveyed by the Ministry of Finance to Kuala Lumpur City Hall (DBKL), the latter will align the zoning of Lot 41 with the Kuala Lumpur Local Plan 2040 that is expected to be gazetted in the fourth quarter of 2022.

“After the conversion of the land status is completed, the subdivision of the land will be undertaken,” said the committee, adding that the process is expected to begin early next year.

According to the PAC, BNM’s board had agreed for the city campus on Lot 41 to be developed into a financial services education hub, while the rest of the parcel will be used as reserve land, after taking into account the latest developments of the finance sector and the landscape of the education sector post Covid-19.

Meanwhile, Isra and the International Centre for Education in Islamic Finance (Inceif) have begun operations in the second half of 2022, while the International University of Malaya-Wales (IUMW) will continue to operate at the campus to enhance the development of the financial services education hub ecosystem, said the PAC. 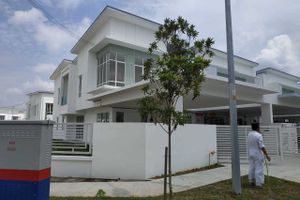 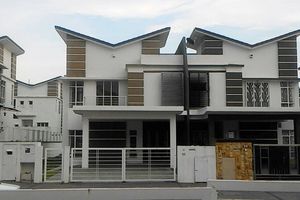