Facebook Twitter
Jackson paid US$19.5 million for the ranch in 1987 and lived there for over 15 years.
Jackson designed the area into an amusement park as a way to fulfil the childhood he never had growing up.
The four-acre lake with its own fountain.
The 12,000 sq ft mansion design designed in the French Normandy style Five years after being put on the market in 2015 at an initial price of US$100 million (RM403 million), Neverland Ranch was finally sold to billionaire-businessman Ronald W. Burkle at a price of US$22 million in Dec 2020.

During its five years in the real estate market, the property’s listing was on and off and underwent multiple price cuts over the years. In 2019, Wall Street Journal reported that it was cut down to US$31 million.

The property, once owned by the late Michael Jackson, is located in Los Olivos, California, sitting on the edge of Los Padres National Forest. Within 2,700 acres, it consists of a 12,000 sq ft main house, two guest houses with four bedrooms and two bedrooms respectively, several barns, animal shelter facilities, a maintenance shop and a four-acre lake with a fountain.

Designed in French Normandy style, the main house boasts large rooms of formal living and dining, multiple fireplaces and a chef’s kitchen that can accommodate large functions as well. Besides that, the main house provides six bedrooms with one of the rooms being a two-storey master suite with a fireplace in the sitting room, two large bathrooms and cedar walk-in closets.

Outdoor, the land is equipped with a swimming pool, barbecue area, basketball court, tennis court and a 50-seat movie theatre building with its own private balcony and stage.

The late “King of Pop” spotted the property for the first time when he visited ex-Beatles’ Paul McCartney to film the music video of the song “Say Say Say” in 1983. Jackson would later purchase the property in 1988 from land developer William Bone.

After purchasing the land, Jackson designed the area into an amusement park as a way to fulfil the childhood he never had growing up. The private amusement park consisted of carnival rides, an electric train ride and a plethora of zoo animals.

Burkle, who was a former associate of Jackson, has a fortune empire from buying and selling grocery store chains and is a part-owner of National Hockey Leagues Pittsburgh Penguins.

Looking for properties to buy or rent? With >150,000 exclusive listings, including undervalued properties, from vetted Pro Agents, you can now easily find the right property on Malaysia's leading property portal EdgeProp! You can also get free past transacted data and use our proprietary Edge Reference Price tool, to make an informed purchase.
Michael Jackson Neverland Ranch Wall Street Journal
SHARE
Facebook Twitter 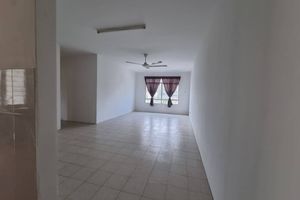