When a developer is wound up before completion of its duties and contractual obligations, a liquidator fills the void and takes on the duties of the former, such as completing the construction of the buildings or facilities left by the defunct developer, delivering vacant possession or applying for individual or strata titles, so as not to leave the purchasers in a lurch.

One of the amendments to the Housing Development (Control & Licensing) Act, 1966 (Act 118), which took effect on June 1, 2015, namely Section 3 of the interpretation, extends the definition of “housing developer” to include “a person or body appointed by a court of competent jurisdiction to be the provisional liquidator or liquidator for the housing developer”.

In theory, a liquidator should not be allowed to charge or impose any additional administrative fees when carrying out his duties (since he is assuming the affairs and responsibility of the defunct developer) contracted in the sale and purchase agreement. For example, functions which are part and parcel of a developer’s duty are updating the record of ownership and perfecting the transfer to a purchaser when a separate individual or strata title is issued and issuing written confirmation of particulars (for sub-sale) under Act 118.

However, the reality is that liquidators who are appointed to manage the affairs of a defunct developer are charging an “administration fee” of 2% to 3% of the original purchase price or the sale price in a sub-sale for performing these functions of a developer.

In some cases, there are also additional charges tagged as “vetting fees” for the liquidator’s solicitors to vet the forms and documents. The irony is that although payment is made to the liquidator for these so-called vetting, verification and retrieval of documents, it is the purchaser who has to furnish all the loan contracts, repayment receipts, statements and a whole list of documents to prove his or her ownership before the liquidator “graciously” cooperates.

This process of loading the proof of documents on the owner can be unreasonable as some could have lost their documents or could not locate the originals. For the elderly purchasers, they may not have the mobility to undertake this exercise, while the fact that they have resided in the premises for umpteen years is disregarded.

On top of that, aggrieved owners are made to affirm a statutory declaration before a commissioner of oath to vouch for their ownerships. The liquidators will make the owners pay for the former’s lawyers’ professional fees too.

People who have gone through the process would know the amount of money and the paper trail involved in dealing with liquidators who proudly espouse themselves as “officers of the court” albeit appointed under a winding-up petition. For many years, to the detriment of aggrieved purchasers and owners, there have been no guidelines to regulate the arbitrary imposition of these “charges” and “fees” by the liquidators. The affected purchaser has no choice in such an appointment and is left to a game of chance that the appointed liquidator will act in the purchaser’s best interest and not further aggravate the latter’s suffering.

The purchaser is at the mercy of the appointed liquidator where each liquidator is like a “little Napoléon” of a particular housing development. The irony is that Section 22D of Act 118 clearly states that a fee of not exceeding RM50 may be imposed for a written confirmation of the record of the beneficial owner of the property in the housing development and consent for the assignment.

Why then are liquidators granted special treatment by having their charges grossly inflated from RM50 to 2% or 3% of the purchase price or even market value? Well, the liquidators will argue that the entailed RM50 is limited to “written confirmation” compared to the other job requirements.

Liquidators are supposed to be “officers of the court” and appointed to carry out their duties judiciously, but there are no set criteria or qualifications for liquidators to meet before they are appointed to manage a wound up developer’s company. Nor are they required to give any obligation to comply with Act 118.

Is there a lacuna in the law? Was there an oversight made by the drafters of the law, resulting in it being unenforceable, hence the perpetuation of the current status quo? No liquidator has been punished by the housing ministry because there have been no housing development regulations to regulate the liquidators’ conducts and fees.

The National House Buyers Association (HBA) has time and again reminded the housing minister and those under the ministry’s charge on the need to rein in the conduct of those so-called court-appointed officers, namely liquidators.

JPN has assured HBA that a new set of regulations will be formulated to cover the scope, role and remuneration scale. The aim is to regulate the conduct of liquidators, judicial managers and R&M with an emphasis on curbing dysfunctional acts, penalties for non-compliance, investigation, enquiries and criminal prosecution, among others.

This regulation should be expeditiously formulated and enforced to prevent purchasers and owners from being affected by irresponsible liquidators.

In the context of an abandoned housing project, a liquidator should step into the shoes of a wound-up developer as a de facto developer and revive the project within the legal provisions stated in Act 118 and its regulations to protect the interests of the purchasers.

It is clear under Act 118 that the liquidator can play an important role. As we have stated, Act 118 was amended to include a liquidator into the definition of a housing developer in the event the housing developer is in liquidation. The underlying rationale is for liquidators to attempt a revival of the abandoned project.

Nonetheless, we may require further legislation to clarify the duties and powers of the liquidator under Act 118.

This story first appeared in the EdgeProp.my E-weekly on May 7, 2021. You can access back issues here. 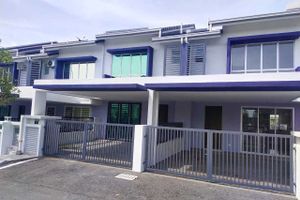