KUALA LUMPUR (May 25): Tan Sri Mohamed Apandi Ali (pictured) was partially successful today in his discovery application at the High Court to obtain letters and documents related to the termination of his service as Attorney General (AG) three years ago.

Judicial Commissioner Datuk Seri Latifah Mohd Tahar, in a virtual hearing, allowed Apandi's application to freely inspect and be furnished with a copy of documents or letters showing the Yang di-Pertuan Agong's consent to the termination of his service.

She, however, did not allow the former AG's application for access to correspondence between former premier Tun Dr Mahathir Mohamad or the government with the King, or any other documents relating to his termination as a federal counsel that initially led to his appointment as the AG.

Apandi's counsel Datuk Baljit Singh Sidhu and senior federal counsel Shamsul Bolhassan, who appeared for Dr Mahathir and the government, confirmed the decision when contacted by The Edge.

The discovery application was in relation to Apandi's RM2.23 million suit against Dr Mahathir and the government for a declaration that his termination as the AG was unlawful. He sought access to the documents and letters to help him establish his claims that his termination might not have received the King's consent.

Apandi, who was a Federal Court judge before being appointed AG in 2015, filed his suit against Dr Mahathir and the government on Oct 13 last year.

In the suit, he is also seeking a declaration that Dr Mahathir had committed misfeasance and misconduct in public office and a declaration that the former premier had caused and induced the breach of contract between him and the government.

In their statement of defence, the defendants stated there was no abuse of power by Dr Mahathir in the termination of Apandi's service as the AG and of his contract as a legal officer.

Apandi was appointed the AG when Datuk Seri Najib Razak was the prime minister. He replaced Tan Sri Abdul Gani Patail, who was removed after it was learnt that he was leading a special task force to investigate 1Malaysia Development Bhd.

He was eventually replaced by Tan Sri Tommy Thomas in July 2018, when Pakatan Harapan came to power and Dr Mahathir replaced Najib as the prime minister. 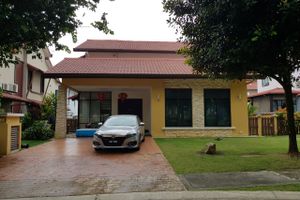