Of this sum, 1MDB Energy paid Aabar Investments PJS Ltd BVI US$175 million to its account in BSI Lugano, Switzerland. It has been revealed that Aabar Investment PJS Ltd was a fake shell company set up by Jho Low to siphon 1MDB funds.

Shafee today put to Hazem, who was testifying as a prosecution witness in the 1MDB Tanore trial, that he was conspiring with Jho Low to siphon these funds.

“You also committed abuse of power, because you enabled and facilitated the misappropriation of the US$250 million facility for the sole benefit of Jho Low.  You and the conspirators," said the lawyer.

"I disagree," Hazem said in response.

Earlier in today’s hearing, Shafee’s co-counsel Tania Scivetti also asserted that Hazem and then 1MDB chief financial officer Azmi Tahir were part Jho Low's conspiracy, along with former 1MDB counsel Jasmine Loo, to dupe the 1MDB board and obtain the loan without their knowledge.

Scivetti had pointed to a director’s circular resolution (DCR) which did not state that the US$250 million was to be utilised for the Aabar call options.

Hazem replied that the document had stated that the use of the loan was for "corporate purposes", which he said includes the buying back of the options.

Scivetti then told him that the DCR was undated, and contended that Azmi and him had created the DCR to legitimise the misappropriation of the US$250 million.

"The DCR was to legitimise the misuse by you and Azmi of the US$250 million facility," she said, to which Hazem disagreed.

She also suggested that there was no approval by the 1MDB board for 1MDB Energy to acquire financing of up to US$300 million from Deutsche Bank because Hazem and Azmi had not informed them. Hazem disagreed with this.

On trial is Najib, who is facing four counts of abuse of power for allegedly using his position as prime minister, finance minister and 1MDB board of advisers' chairman to receive gratification worth RM2.28 billion. Najib also faces 21 counts of money laundering involving over RM4.3 billion. 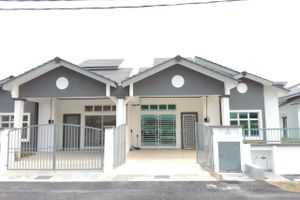