Zahid should be immune from prosecution as he cooperated with MACC, court told

Zahid should be immune from prosecution as he cooperated with MACC, court told
Timothy Achariam / theedgemarkets.com September 06, 2021 | Updated 10 months ago KUALA LUMPUR (Sept 6): Datuk Seri Dr Ahmad Zahid Hamidi’s lawyer submitted today that the Umno president should be immune from prosecution because he cooperated with the Malaysian Anti-Corruption Commission (MACC) when it investigated him.

Lawyer Hisyam Teh Poh Teik told the High Court that 46 of the 47 criminal charges against his client should be dropped in accordance with Section 30(7) of the MACC Act.

The section has been repealed, but Hisyam argued that at the material time when Zahid gave his cooperation to the MACC, it was in place and that the provision should apply to him now.

Section 30 (7) states that any person who discloses any information to the MACC shall not be prosecuted unless he makes a false or misleading statement.

Hisyam claimed that Zahid was transparent with the MACC and had given the agency details of the setting up of the former deputy premier’s family-run foundation, Yayasan Akalbudi, and the source of its funding.

Zahid is facing 12 counts of criminal breach of trust (CBT), eight counts of corruption and 27 counts of money laundering involving tens of millions of ringgit belonging to Yayasan Akalbudi.

Submitting at the end of the prosecution’s case, Hisyam said no prima facie case had been established against his client and that the charges were “empty shells”.

Insisting that this was a case of “over-prosecution”, Hisyam said former attorney-general Tan Sri Tommy Thomas had unfairly levelled the 47 charges against his client.

The lawyer also submitted that several prosecution witnesses had testified that there was no element of corruption in the case.

The prosecution, led by Deputy Public Prosecutor (DPP) Datuk Raja Rozela Raja Toran, in its opening statement in 2019 said it will prove that Zahid misappropriated RM31 million of Yayasan Akalbudi funds, and that not a single sen of the money was used for the benefit of the poor.

The prosecution also said it would establish that the accused received bribery of RM17 million and another RM4.25 million of gratification, besides also receiving proceeds from unlawful activities totalling RM65 million.

The RM31 million was entrusted to Zahid in his capacity as a member of the foundation’s board of trustees, the prosecution said then. 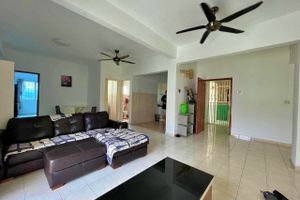