There seems to be an ongoing attempt at circumventing the Federal Court decision to allow the authorities to again extend the deadline for delivery of vacant possession.

The decision of the Federal Court on Nov 26, 2019 in Ang Ming Lee & Ors v Menteri Kesejahteraan Bandar, Perumahan dan Kerajaan Tempatan & Anor and other appeals (2020) 1 CLJ 162  (Ang Ming Lee case) is widely regarded as one of the most important court decisions in recent years concerning the Housing Development (Control and Licensing) Act 1966 (HDA).

The case effectively put to rest the unbridled attempts by the Housing and Local Government Minister, as well as the Housing Controller in unilaterally extending the handover deadline of housing properties.

However, there seems to be an ongoing attempt at circumventing the Federal Court decision –through invoking a different provision in the HDA to allow the authorities to again extend the deadline for delivery of vacant possession or move the goalposts, thereby denying the house buyers their rights to receive their houses on time as stipulated in the sale and purchase agreements, and correspondingly their rights to receive liquidated ascertained damages (LAD) for such delays.

One of the most notable features of the HDA is that it empowers the Housing Minister to regulate the terms and conditions of the sale contract between the covenanting parties. The Minister has prescribed various sets of mandatory standard agreements to be used by the parties when entering into a sale and purchase transaction of housing properties. The standard forms are housed in the Schedules to the Housing Development (Control and Licensing) Regulations 1989 (HDR) and hence they are also known as “Scheduled Agreements”.

The Scheduled Agreements are unique as they are exceptions to the concept of freedom of contract. They have been carefully drafted to ensure that the interests of house buyers are protected without losing sight of the practical aspects of housing developments. These Scheduled Agreements provide that landed properties shall be handed over to purchasers within 24 months from the date of agreement while stratified properties shall be handed over in 36 months.

In the Ang Ming Lee case, a group of house buyers challenged the Housing Controller for purportedly exercising its power under Regulation 11(3) of the HDR to grant extension of time (EOT) to the developer to hand over the properties from 36 months to 48 months. Subsequently, the Federal Court struck down Regulation 11(3) which empowered the Housing Controller to modify or waive the Scheduled Agreements.

The HDA is to safeguard house buyers’ rights

Perhaps, the most important legacy of the Ang Ming Lee case is the Federal Court’s observation above that the powers granted to the Minister must be bona fide and consistent with the preamble of the HDA which provides that the HDA is an Act to provide for the protection of the interest of purchasers.

Subsequent to the Ang Ming Lee case, there are attempts to invoke the Minister’s power under Section 2(2) of the HDA to exempt developers from adopting the Scheduled Agreements and indirectly granting EOT to housing developers.

The Minister may by order published in the Gazette exempt any housing developer or housing accommodation from any or all of the provisions of this Act and such exemption may be granted for such duration as may be specified in the order, and may be made subject to such limitations, restrictions or conditions as the Minister may specify in the order.

With due respect, it is questionable whether the Minister can invoke Section 2(2) to grant EOT. Granting EOT is contrary to the decision of the Federal Court in Ang Ming Lee case. The exercise of the power of Minister under Section 2(2) to extend the completion date is detrimental to the interest of house buyers and is against the intention of the Parliament in enacting HDA. The attempt to circumvent the decision of the Federal Court must be censured and is unthinkable as it runs contrary to the legal provisions and the spirit of the HDA.

The abuse of Section 2(2) of the HDA to enable developers to adopt the Scheduled Agreements in a selective manner is a regressive step. Invariably, any EOT of a housing development means that the house buyers will have to fork out additional money to service their loan facility interests and consequently increase the housing costs. Their plans to speedily have a shelter will be derailed. Doesn’t the Minister know the longer the house buyers are made to wait, the longer the holding cost is and the higher the risk exposure?

Section 2 of the HDA is drafted to allow the Minister the power to “exempt” the developer from complying with the legal obligations of the HDA in select circumstances which affect the rights and interests of house buyers, not to assist the housing developers. If Section 2 of the HDA were a valid provision to be utilised to circumvent the Federal Court decision in the Ang Ming Lee case,  then developers could further use the same argument to avoid their obligations to pay the house buyers the LAD for any delays.

What ‘exemptions’ are allowed in Section 2(2)?

It is true Section 2(2) has been enacted to allow certain exemptions. One example is in paying the requisite deposit of 3% of the gross construction cost (GCC) to the Ministry, whereby the old rate of RM200,000 for a developer’s license is applied instead. The Minister in Parliament argued that the exemptions were to help government linked companies and small developers embark on affordable housing.

The Ministry, in fact, exempted 122 developers from having to pay the requisite deposits between 2016 and November 2019. The Deputy Minister told Dewan Rakyat in December 2019 that the exemptions were given as an incentive to developers to build affordable units priced below RM350,000 because their profit margins were very thin. A total of 184 exemptions were granted under the housing initiative programmes such as PR1MA, Malaysia Civil Servants Housing Programme (PPAM), Rumah SelangorKu and RUMAWIP (now known as Residensi Wilayah Keluarga Malaysia).

HBA has rebuked such exemptions because neither the affordability of the units nor developers’ profitability should be the yardstick. The deposit of 3% of the GCC is to ensure developers for subsidised housing schemes complete the work on time and with the required quality. After all, the deposit is refundable. However, this topic is for another article.

The power to grant exemptions under Section 2(2) or Section 11, 12, 24(e) or whatever section of the HDA ought to be exercised in prudence and objectivity (in accordance to the purposes of this Section) and certainly not to vary from the prescribed contracts by offering longer durations to complete developments or to modify the Schedule of Payment, or in some instances, to shield the developers from paying late delivery compensation.

Perhaps the house buyers, who are gravely “injured” by the unilateral EOT, need to make another trip to the courts of law to seek legal redress. This article is co-written by Koh Kean Kang (pictured), one of the legal advisors of the National House Buyers Association (HBA) and Datuk Chang Kim Loong (pictured), Hon Sec-Gen of the HBA, a non-governmental and not-for-profit organisation manned by volunteers. HBA’s link: www.hba.org.my Email: [email protected] 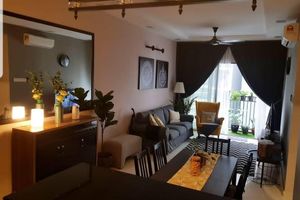 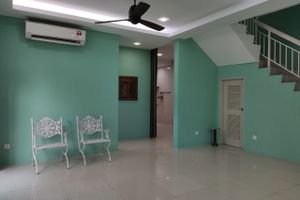 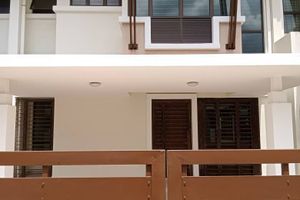 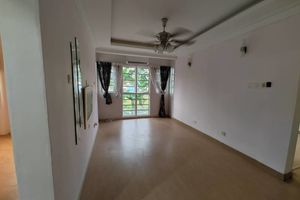 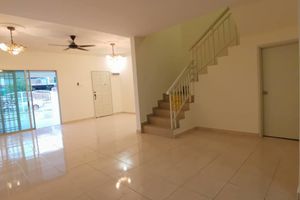 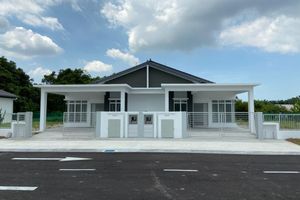