KUALA LUMPUR (Jan 19): CapitaLand Malaysia Trust is “slightly optimistic” that its portfolio occupancy rate would sustain its recovery momentum going into 2023 despite a challenging macroeconomic condition.

“We are slightly optimistic in terms of occupancy, simply because I think the momentum is on our side. We are also mindful of the fact that the macro environment is a challenging one,” said the real estate investment trust’s (REIT) chief executive officer Tan Choon Siang.

“[But] if you look at the trend over the last two quarters, occupancy has been inching up, and this thing tends to have a momentum of itself. All of these operating data, at least on a historical basis, are going up, so that helps in our conversation, and we are seeing more interest on the ground.

“We do expect the trend to continue,” Tan told reporters at a briefing on Thursday (Jan 19) after CapitaLand Malaysia released its financial results for the fourth quarter ended Dec 31, 2022 (4QFY2022). For the full FY22, CapitaLand Malaysia posted a 3% contraction in rental reversion, but Tan expects the contraction to narrow further this year or turn positive considering the improving retail landscape.

“Overall, we do think that the picture on rental reversion is a lagging number. It is a reflection of the earlier leases that were signed in the first half of 2022. A lot of the businesses that were signed in 2022, obviously they have already been negotiated in the beginning of the year, which was a very difficult and challenging environment,” said Tan.

CapitaLand Malaysia reported a 23% year-on-year growth in its net property income (NPI) for 4QFY2022 amid continued retail recovery and improved portfolio occupancy, coupled with write-back of provision for doubtful debts.

CapitaLand Malaysia declared a final income distribution of 2.06 sen per unit, with Feb 7 as the ex-date.

Going into 2023, CapitaLand Malaysia is maintaining a cautious outlook and will adopt proactive asset and capital management strategies, while ensuring cost efficiencies to mitigate the impact of rising costs.

“To strengthen and diversify CapitaLand Malaysia’s income streams, the manager has completed the acquisition of the Valdor Logistics Hub in 4QFY2022 and targets to complete the proposed acquisition of Queensbay Mall in 1QFY2023.

“The manager remains on the lookout for inorganic investment opportunities that will deliver sustainable growth over the long term,” said the REIT.

At the media briefing, Tan said CapitaLand Malaysia will continue its effort to diversify its income by investing into more industrial and logistics assets, aiming to increase contribution from this segment to 20%-25% of total income over the next three to five years.

“In the long term, they [income from industrial assets] could potentially go higher, and we do want it to go higher. The challenge with logistics income is that the capital value and the rent per square foot tends to be lower than retail, so we have to do a lot more logistics transactions, just to keep up with retail.

“For every square foot of retail space that we have, we probably need three times as much logistics space to earn the same income, so that is a challenge. Of course, overall, that means that we need to acquire a lot more for it to match the income level for retail,” he said.

Units of CapitaLand Malaysia closed half sen or 0.9% lower at 54.5 sen, valuing the REIT at RM1.2 billion. 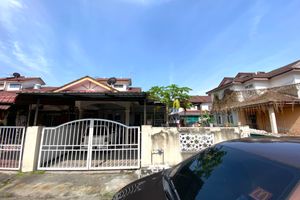 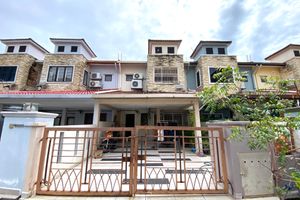 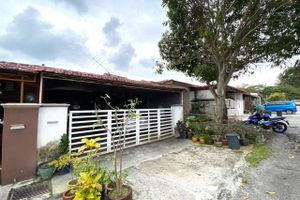 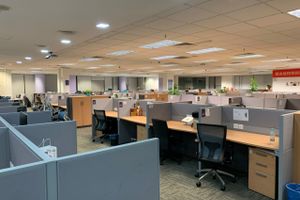 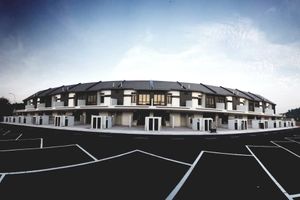 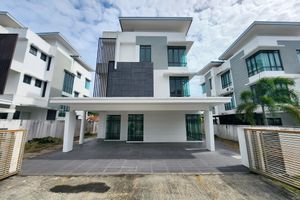