7 Heritage Hotels in Penang worth visiting

SINCE its inscription in 2008 as one of five UNESCO World Heritage Sites in Malaysia, the city of George Town, Penang, has drawn greater attention from local and foreign travellers.

In tandem with this is the increased interest in colonial-era and pre-war buildings, many of which have been restored and converted into guest houses and contemporary spaces while keeping their old world charm.

Choices abound for those looking for an authentic stay in such “heritage hotels” in Penang. Here are a few you should at least visit once. Immerse yourself in stories of their colourful past and relive the dreams of a bygone era. 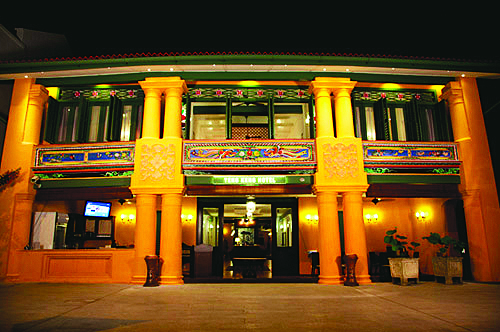 The 20-room Yeng Keng Hotel is located at 362 & 366 Chulia Street. It was originally a private residence built in the mid-1800s. The Anglo-Indian bungalow initially belonged to an Indian-Muslim family. In 1897, the trustees of the Cantonese club, Ying Han Pit Shu, bought the building on behalf of the association, and later donated it to the trustees of the Straits Chinese Building Association in 1939. The building was later leased to Yeng Keng Hotel.

Chulia Street is historically recognised as one of the main arteries of the world heritage city of George Town.

At the beginning of the 20th century, the conversion of residences into budget hotels was the prevailing trend along the street.

The present owner, Hoo Kim Properties Sdn Bhd, undertook conservation and upgrading works for the premises in March 2009 and the renewed Yeng Keng Hotel was completed in April 2010. The hotel is located in a row of five restored heritage shophouses on Penang Road in George Town. Built in the early 1900s, the shophouses were converted into a series of contemporary guest suites featuring a mix of colonial-style and Straits Chinese architecture unique to Penang.

The Loke Thye Kee Residences has just five suites furnished with contemporary luxuries. Each has its own private entrance, a kitchenette and outdoor terrace. The interior decor is inspired by early 20th century Penang.

Its traditional Southeast Asian shophouse typology has been maintained: the shopfront opens directly to street, and apartments are arranged over one or two storeys above where owners traditionally lived above their shops.

Next door is the Loke Thye Kee restaurant which opened in 1919 as ‘Loke Hai Kee’ before it moved to its current location. It has also been restored by the same owner with many of its original features and fittings intact. It was once the choice venue for family celebrations and a popular venue for matchmaking. 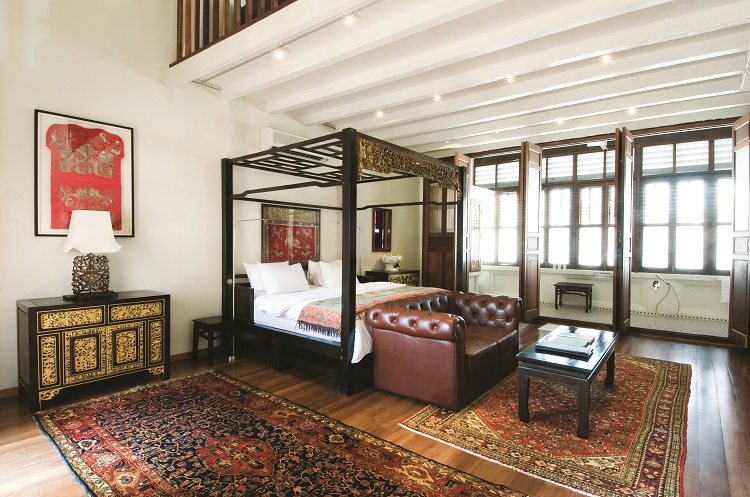 The boutique hotel of only 18 suites is by hoteliers Karl Steinberg and Christopher Ong, winners of the 2007 UNESCO Award of Distinction for heritage conservation and regular nominees of the Condé Naste Traveller Hot List.

As the name suggests, the hotel was originally a row of seven 19th-century Anglo-Chinese terraces. Located on Steward Lane, George Town, at the heart of the World Heritage Site and next to the 1810 Goddess of Mercy Temple, the hotel aims to capture and celebrate its unique Peranakan culture.

The hotel has a lap pool, bar, reception and public areas, and offers Asian fusion dining. All suites are air conditioned with LED TVs, open-plan bathrooms, four-poster carved Chinese beds in mezzanine bedrooms, gilded Peranakan antique furniture, and artwork. The suites surround a long Chinese granite courtyard with beds of frangipani set between tall wooden columns and tessellated walkways, while some have their own outdoor decks with views of a Georgian Church. The Eastern & Oriental Hotel or the E & O, once noted as “the premier hotel east of The Suez”, was established in 1885, and had more than 100 rooms, 40 with adjoining bathrooms, hot and cold running water, individual telephones and a 902-foot seafront. Today, the hotel has 228 suites.

In its colourful history, the E&O Hotel has seen two world wars, the wane of the British Empire and the birth of Malaya, as well welcomed the glitterati of the literary and entertainment worlds including Mary Pickford, Douglas Fairbanks, Noel Coward, Rudyard Kipling, Somerset Maugham and Hermann Hesse.

More than a century after its establishment, the hotel still carries its graceful British elegance and storied colonial charm. The E&O Hotel is located at 10 Lebuh Farquhar, Georgetown. The hotel was originally three rows of double-storey terraced houses and shops built in the 1920s and renovated post-war. The art deco terraces of the original building had fallen into disrepair with many having been vacant for years until it was bought in 2008 and converted into a hotel. The hotel is owned by well-known architect Hijjas Kasturi and his wife, Angela, and has 45 rooms.

The original timber upper floors were retained while others were sourced second-hand and recovered from demolished colonial buildings.

Located on the fringe of the UNESCO World Heritage area, the hotel is located at the corner of Jalan Hutton and Lebuh Clarke in George Town. 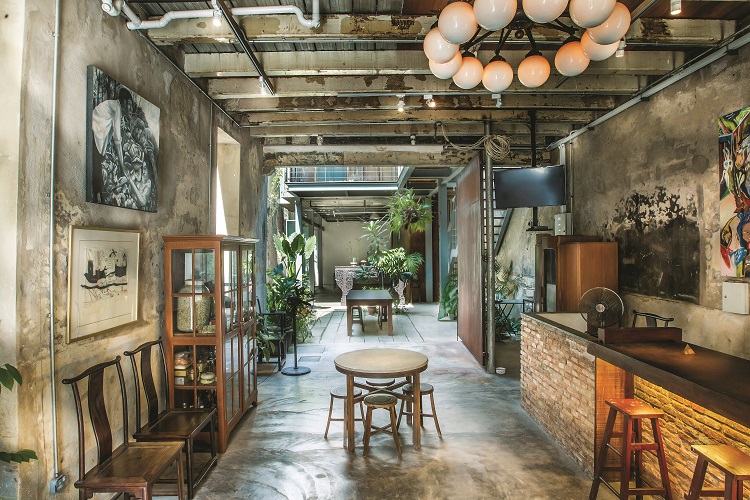 Located at 105 Malay Street in George Town’s heritage zone, Sinkeh is a guesthouse with a multi-functional art space that has been restored from a 19th-century, 2-storey Straits Chinese shophouse.

Its original facade and timber floor structure in the front block of the shophouse have been preserved while an entirely new 3-storey steel pavilion has been inserted at the rear of the typical long and narrow shophouse, which had deteriorated from use as a warehouse.

Sinkeh means ‘newcomer’ in Hokkien and was used in the 19th and early 20th centuries to refer to the Chinese migrant community. The building is owned by theatre practitioner and arts advocate Chee Sek Thim, a Penang native who moved back there in 2008 after years of living and working in Kuala Lumpur.

The arts space, which sports an industrial look with steel pillars and bare concrete slabs, is used for arts performances and cultural events. Meanwhile, the guesthouse comprises nine modern and minimally furnished rooms with glass bathrooms that allow daylight in. 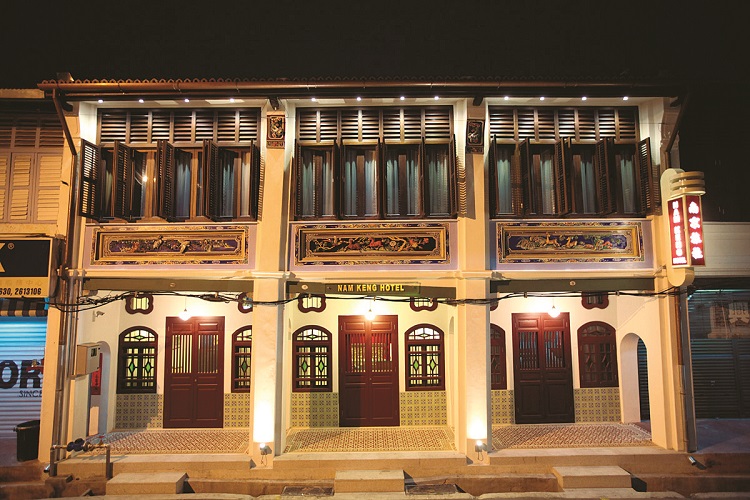 The Nam Keng Hotel is named after one of the earliest established cities in China, which was also the capital of China for six dynasties. It is located at 17, Cintra Street, George Town.

The idea behind this boutique hotel for business travellers who prefer to experience living in the heritage zone of George Town, was by the owner Hoo Kim Hotels Sdn Bhd, after the success of its first venture, Yeng Keng Hotel.

The hotel comprises three combined units of shophouses built during the early 1900s and offers eight rooms, each decorated with antique furniture hand-picked by the owners.

Check out some shops in George Town if you are interested in buying one.