REAL estate investment trusts (REITs), as prospective property buyers, not only provide a new source of deals but is also an avenue for banks to cut property-related lending exposure as developers raise cash from property disposals to relieve their stretched balance sheets.

That was why the introduction of REITs was touted as a move that could aid the property overhang situation shortly after 2000 when Corporate Malaysia was just recovering from the 1997/98 Asian financial crisis. In tabling Budget 2002, the Finance Minister advocated the establishment of REITs to facilitate corporate restructuring efforts.

Over a decade on, low-beta Malaysian REITs (M-REITs) have flourished in an ultra-low interest rate environment and are sought-after by yield-seekers such as cash-rich pension funds.

That M-REITs would soon be allowed to take on construction risks to enjoy development profits are among the major proposed guideline changes. Developmental projects might add to a REIT’s future income but would first reduce earnings available for dividends.

The SC’s proposal will allow M-REITs to have up to 15% of total assets to be developmental projects and vacant land, provided that the REITs continue to hold the completed property for at least two years after completion. The two-year moratorium, the SC says, is to ensure that property development activities are done to boost a REIT’s future income generation capacity for the benefit of unit holders and not development for sale. The SC also wants public feedback on allowing the two-year moratorium to be overridden by a 75% shareholder vote and trustee consent.

In Singapore, the development limit can be increased from 10% to 25%, provided that the incremental 15% is for the redevelopment of an existing property that the REIT has held for three years and will continue to hold for three years. Singapore’s definition of “property development activities” were refined to include the execution of any material change to a building that would result in the REIT being unable to receive any rental income from the property during the change.

For Malaysia, “property development activities” are defined as “the construction or re-development of a building or the extension to an existing building”, excluding renovation, refurbishment or retrofitting.

Whether or not two years is enough time for a new property to generate good income stream can vary from shopping malls to industrial space.

It should be noted that an exposure cap on total asset size might not give the unit holder a correct indication on the size of potential income loss from a REIT taking on development activities. Rules that give greater clarity on the latter would benefit unit holders.

The SC also proposed a 50% hard cap on gearing by removing the flexibility to take on more debt with unit holders’ consent. All 17 M-REITs do not have more than 50% gearing, although five are above 40%, according to Bloomberg data. From January 2016, Singapore REITs have to live with a 45% limit (up from 35% in 2014) as its regulator disallowed the option for up to 60% leverage by getting a credit rating.

The SC also proposed to allow REITs to acquire properties with private leases that are registered with the land office, provided that the total value of private leases of under 30 years is less than 25% of total assets and the REIT manager gets legal advice.

It is not immediately clear if the legal advice would be made known to REIT holders and if a 25% ceiling is too high, given that leasehold properties tend to see a sharp fall in value as leases get closer to expiry. Although the compensation of REIT managers could fall should there be a drastic fall in a REIT’s net asset value, they are likely to have been paid when the asset is acquired while unit holders might not immediately enjoy distribution growth.

As such, rules that ensure REITs provide clear information on land and rental lease expiry profile and their refinancing needs with quarterly earnings reporting would provide unit holders with better clarity on their investment. Greater clarity on the REIT managers’ compensation vis-à-vis income generation and distribution growth would also help.

In Singapore, REITs have to disclose the amount of income support received, its effect on distribution per unit (DPU) and reason for any material deviation from the forecast. Malaysia unit holders would also benefit from this but this was not specified in the consultation paper. It is also not immediately certain how much disclosure is required on the financial strength of the party providing the income support.

For Malaysia, the SC also proposed that a REIT’s portfolio be revalued at least once every financial year and the same valuer can only stay on up to three consecutive years to ensure independence. The SC also wants to allow REITs to buy back their own units, which must be immediately cancelled.

Other proposals include the introduction of rules to allow the removal of a REIT manager by simple majority vote. But unlike other related-party transactions, the SC is proposing that the REIT manager and its related party be allowed to vote should such motion arise but did not provide the rationale for this.

The public is welcome to submit feedback on the SC’s proposals before Sept 13.

This article first appeared in The Edge Malaysia on July 18, 2016. Subscribe here for your personal copy. 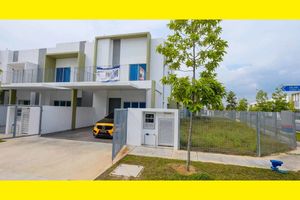