George Kent stepping up its game

We reckon that execution should not be an issue as George Kent successfully completed the Ampang Light Rail Transit (LRT) extension systems (which encompassed track works) on time and within budget.

With its 49% stake in the JV, George Kent’s share of the MRT Line 2 track works amounts to RM494 million, enhancing its order book by 10% to RM5.5 billion. This translates into an explosive cover ratio of 13.5 times on financial year ended Jan 31, 2015 (FY15) construction revenue, the highest in our sector coverage (average excluding George Kent: 3.6 times).

We understand that George Kent has a letter of intent for a hospital job in Putrajaya worth RM300 million to RM350 million which could materialise to an award by year end.

Aside that, George Kent is also working to secure another hospital job in the Klang Valley, potentially worth RM200 million to RM250 million.

Any possible delays in LRT Line 3 would be the key risk.

George Kent recently tendered for the sole supply of water meters in Melaka, whereby its bid was one of the lowest.

In Selangor, George Kent is eyeing to participate in next year’s supply tender. Selangor was previously inaccessible to George Kent given the exclusive supply rights granted to Puncak Niaga Holdings Bhd which have now lapsed following the recent water asset restructuring.

Our earlier forecast may have been overly conservative as the MRT Line 2 contract (RM494 million) has already surpassed our full-year job win target (RM350 million) and we previously discounted LRT Line 3 PDP fees by 50%.

We raise FY17 new job wins to RM840 million from RM350 million after imputing the MRT Line 2 contract. With LRT Line 3 officially launched, we have decided to remove the 50% discount on its PDP fees. Overall, our FY18 to FY19 earnings forecasts are raised by 30% and 27% respectively.

Having undertaken the LRT extension, PDP appointment for LRT Line 3 and recently secured MRT Line 2 track works, we view George Kent as a formidable engineering force that can no longer be ignored.

It also boasts solid financials with a superior three-year earnings compound annual growth rate of 26%, above-industry return on equity of 15.4% and net cash position of 74 sen per share (27% of market capitalisation).

Strong 2QFY17 results, due for release on Sept 26, could be an added short-term catalyst. — Hong Leong Investment Bank Research, Sept 7 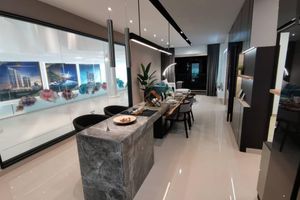 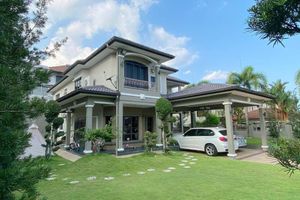