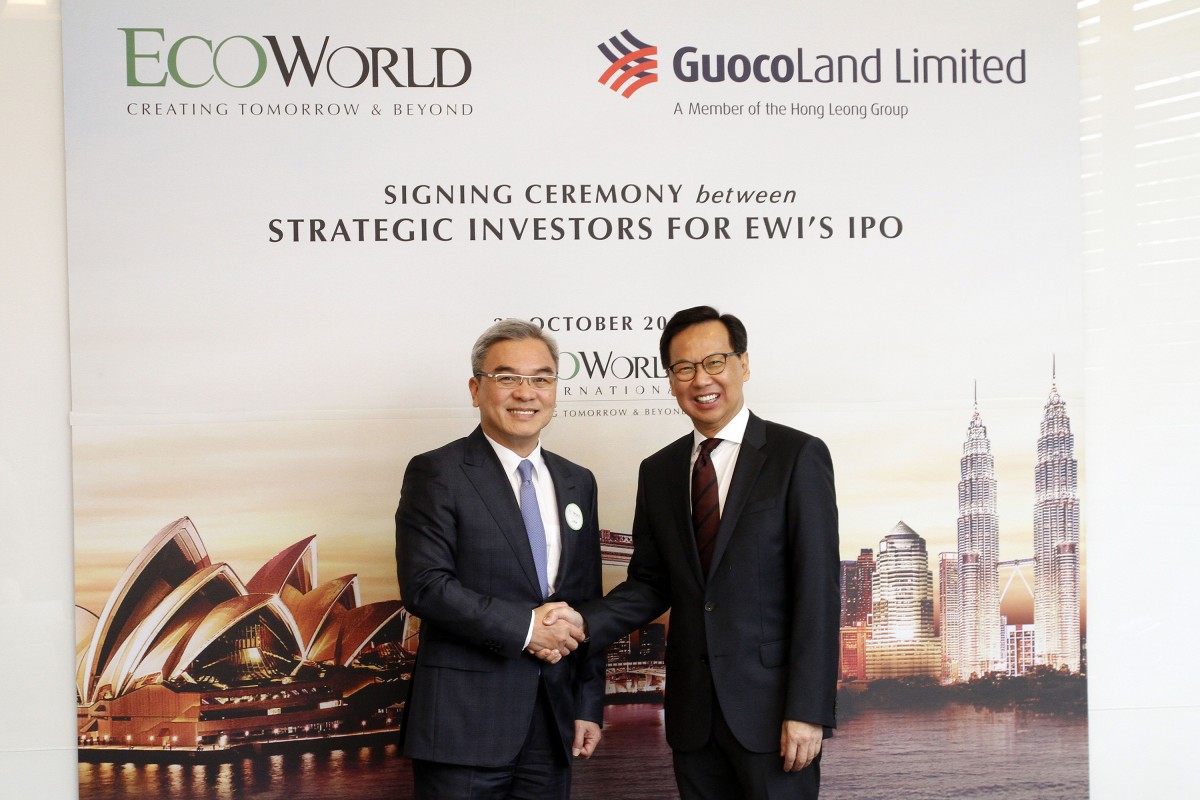 Its project in Australia is also doing well, he added.

“With all four projects already launched, sustained buyers’ interest and strong shareholders’ support on our expansion plans, EWI is well-positioned for growth once its initial public offering (IPO) is completed,” he said in his speech at a signing ceremony between GuocoLand Ltd and Eco World Development Group Bhd (EW Bhd) for EWI’s IPO which will see GuocoLand taking up a 27% stake in EWI.

Of the four projects, three are in London while one is in Sydney, Australia with a combined estimated gross development value of £2.4 billion (RM12.2 billion).

“This amount has exceeded the £436 million recorded in FY2015 which is testament to London’s enduring appeal as a truly global city,” said Teow.

“The sharp depreciation of the sterling following the Brexit vote has created a windfall opportunity for our Malaysian and Singaporean customers as well as Hong Kong and Chinese buyers keen to invest in London.

“The sustained interest from UK locals due to the three projects’ inherent appeal and unique selling points has also helped boost our sales post-Brexit,” he said, adding that the partnership provides post-IPO cash flow and earnings visibility for EWI from 2018 to 2021.

“The market was bad in July and August but it bounced back from September and we’re able to turn around. Locals in London may not be buying but foreigners are flocking in due to the lower sterling,” he said, adding that EWI has sold more than 50% of the four overseas projects.

On the strategic partnership with GuocoLand, Liew said it took him nine months to negotiate the deal with GuocoLand but it “has been in the pipeline for 32 years”.

“… that’s how long we have known each other and we’ve always wanted to work together,” he said.

Curious how much you can borrow? Use LoanCheck to get your maximum loan eligibility from various banks, or LoanReport to get a FREE CTOS/CCRIS credit report.
Eco World International Brexit London UK GuocoLand
SHARE
Facebook Twitter