MuCEM in Marseille, France, is one of the projects that used Lafarge’s Ductal concrete

GONE are the days when concrete was dull and grey. Today, it comes in various colours but it is still the backbone of the construction and property development industry.

Local cement consumption last year was 21.05 million tonnes, up 9.96% from 2012, says Grace Okuda, executive director of The Cement & Concrete Association of Malaysia. To the uninitiated, concrete is made up of three basic components — water, aggregate (rock, sand or gravel) and cement. The usually powdery cement acts as a binding agent when mixed with water and aggregates and hardens into concrete.

With the implementation of the Goods and Services Tax (GST) next year, such large usage could be a concern for cement and concrete suppliers. However, Wong believes GST will not be a major issue for the industry while Okuda feels the tax will differ from one cement manufacturer to another, depending on the different challenges and issues they faced.

Lafarge Malaysia, which celebrated its 60th anniversary last year, believes there will not be a major impact on its operations. According to CEO and president Bradley Mulroney, the company is preparing its systems for GST implementation and is confident it will be ready by April next year.

“The construction industry continues to perform well, recording double-digit year-on-year growth of 10.8%, driven by ongoing investments and infrastructure developments under the 10th Malaysia Plan and the government’s Economic Transformation Programme,” he says.

“We expect the industry to continue to grow in the second half of this year, albeit at a slightly lower rate, as we reach the tail end of some of those projects.”

Mulroney adds that Lafarge Malaysia remains optimistic about the construction sector in Malaysia and believes its businesses are strongly positioned to play a pivotal role in supporting the growth, providing solutions and driving the development of sustainable construction in this country.

One of Lafarge’s key strategies to manage cost and stay ahead of the competition is R&D. As innovation is a key focus, the group’s R&D is backed by the Lafarge Research Centre (LCR) in Lyon, France, with an annual investment of more than RM500 million. The LCR works closely with a network of technical centres, concrete laboratories and construction development labs (CDLs) in various countries.

Apart from supporting the global network, these laboratories also allow a local approach to construction markets and the development of solutions to create value and meet domestic needs.

“It is a network where we work together closely with each playing a different role,” senior vice-president of R&D Carlos Espina, who was in Malaysia recently, tells City & Country at Wisma Lafarge in Petaling Jaya.

“Back in the LCR, we have high scientific skills and very specific equipment which we probably cannot afford to duplicate in every part of the world.”

Espina, who comes from Oviedo, Spain, is based at the LCR. He was formerly the CEO of ArcelorMittal Méditerranée and has been in charge of R&D throughout his professional career since obtaining a degree in mining engineering.

In April last year, Lafarge launched an initiative called “Building Better Cities” with the aim of tackling urbanisation by contributing to the improvement of cities through innovative construction products, solutions and systems. Some of the solutions include building more affordable housing as well as building more compact, durable, beautiful and connected cities.

“Cement and concrete have been around for several centuries and contrary to what people think, there is still plenty that can be done differently and better as we progress,” says Espina.

To demonstrate its commitment to build better cities, Lafarge Malaysia opened its first CDL in Petaling Jaya this year. The CDL is the first in Southeast Asia and sixth in the world.

“This is the benefit of being in a global network. Given the way industries run, understanding local needs and catering for them is the only way to be successful,” Espina remarks.

Apart from innovation, product performance is at the heart of Lafarge’s strategy. As it is estimated that close to 70% of the world’s population will be living in towns and cities by 2050, compared with 50% today, the group aims to address the challenges of urbanisation by developing value-added products, construction systems, sustainable solutions and services.

For instance, it has created a pervious concrete called Hydromedia for low-traffic roads, such as cycle paths, parking lots, driveways, sidewalks and sports pitches.

“Some countries like Malaysia may face multiple flooding risks due to monsoons or very heavy rains, which can raise safety issues when water pools and walkways become slippery,” Espina explains. “Hydromedia allows water to be drained into the concrete, preventing puddles from forming.”

Another product is Lafarge’s “ultra-high performance” concrete called Ductal that can reach up to 200 MPa of mechanical strength, which is the material’s ability to resist compressive strength. For normal concrete for building houses, it is only between 25 and 35 MPa. Such mechanical properties enable the creation of slender structures with little or no passive reinforcement.

“[Such] tremendous strength [gives] architects a huge degree of flexibility in terms of design [and for] buildings like the Petronas Twin Towers, high-performance products are needed to achieve that kind of height,” Espina points out.

In line with the government’s efforts to promote the application of the industrialised building system and to build more affordable houses, Lafarge Malaysia is combining its company’s expertise in building materials with formwork system specialists to reduce construction time and costs while increasing efficiency.

To test it, Lafarge Malaysia is constructing its staff quarters in Langkawi using Agilia, a self-levelling concrete and aluminium formwork, replacing conventional construction that uses bricks and rocks, which is both time-consuming and labour-intensive.

Also, as part of its efforts to contribute to sustainable construction and help elevate standards, Lafarge Malaysia, via its wholly-owned subsidiary Lafarge Cement Sdn Bhd, signed a memorandum of understanding with the Construction Industry Development Board Malaysia (CIDB) last year to provide training and certification for construction personnel and develop a pipeline of trained and skilled personnel.

“Apart from focusing on training, we are also looking at how Lafarge can contribute to developing a better syllabus and improving the content of training materials. Training in construction work, such as bricklaying and plastering, is lacking in the local industry,” Espina points out.

One of Lafarge’s latest innovations, which was launched last year in France, is putting radio frequency identification (RFID) chips in its concrete for traceability and data storage services throughout the concrete’s life cycle.

“Technology is becoming more affordable and in 20 to 50 years, if we were to demolish buildings and recycle their concrete, we may retrieve the data contained in the RFID chips in the walls of the building, which can be read with an RFID reader,” says Espina.

He also highlights that the recycling of concrete is becoming prevalent, especially in big cities in many countries. He explains that “the concept of urban mining is reusing materials that are already in the city to avoid the need to mine resources” while stressing that this concept “is very important”.

As part of the group’s ambition to build better cities, Lafarge has launched a new environment policy to reaffirm its commitment to sustainable development and its approach to meeting new challenges in environment protection. Addressing the environmental concerns coming from the construction sector, this policy aims to reduce the group’s carbon dioxide (CO2 ) emissions by 33% per tonne of cement by 2020, to use 50% of non-fossil fuel in its plants, which includes 30% of biomass, to manufacture 15 million tonnes of aggregates from reused or recycled materials and incorporating them into 20% of its concrete production.

Lafarge Malaysia claims it achieved a reduction of one million tonnes of CO2 emissions in 2012, compared with previous years, through the use of alternative fuels and cementitious materials. The figure is equivalent to the annual emission of close to 200,000 passenger vehicles.

As a prominent player in the construction industry, Lafarge is committed to supporting the era of urban metamorphosis by contributing to building better cities. 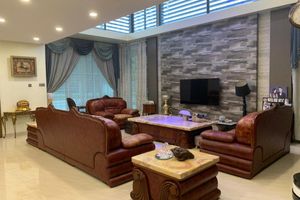 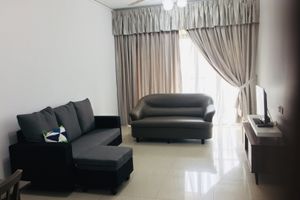 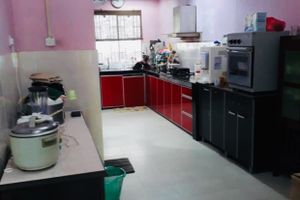 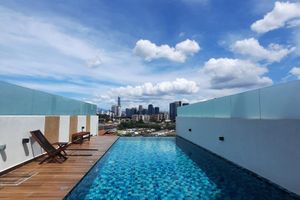 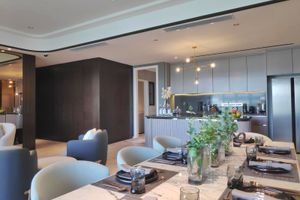 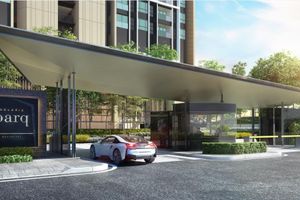 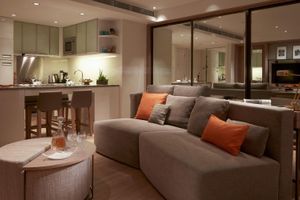 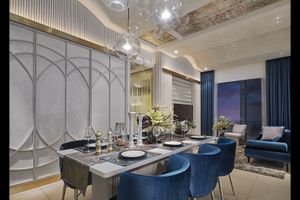