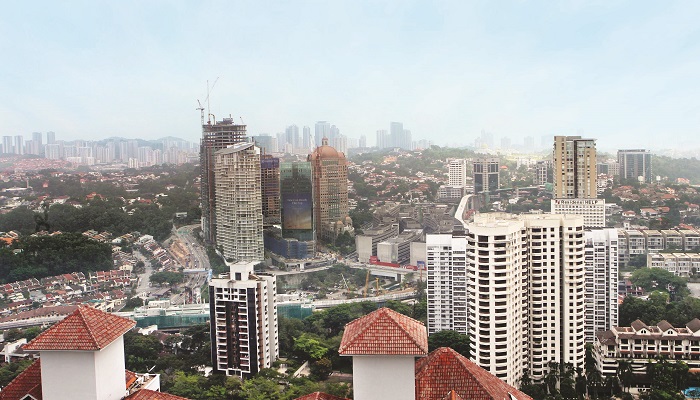 Bangsar is a magnet for property buyers, thanks to its numerous amenities and strategic location between other mature neighbourhoods such as Petaling Jaya, Subang Jaya and Kuala Lumpur. The vibrant commercial hub in the Telawi area caters to the needs of more discerning expatriates and yuppies, and remains a big draw for coffee-swilling hipsters too. Meanwhile, the planned MRT circle line that will stop at Pusat Bandar Damansara at the fringes of Bangsar is expected to boost its popularity further.

Being a mature, upmarket neighbourhood that was very much developed by the 1990s, Bangsar features both landed and non-landed homes, with a selection of older and newer types of the latter. These present quite a spread for buyers to choose from.

The property market took a hit recently from government market-cooling measures such as lending curbs. With less liquidity, transactions in many areas were affected. Will Bangsar be able to withstand the aftershocks?

Transaction data on non-landed residences analysed by theedgeproperty.com shows that while transactions fell by almost half to 37 in the third quarter of 2014 (3Q2014) from 59 in 3Q2013, the average price psf increased 8.7% to RM811 psf from RM746 psf previously. 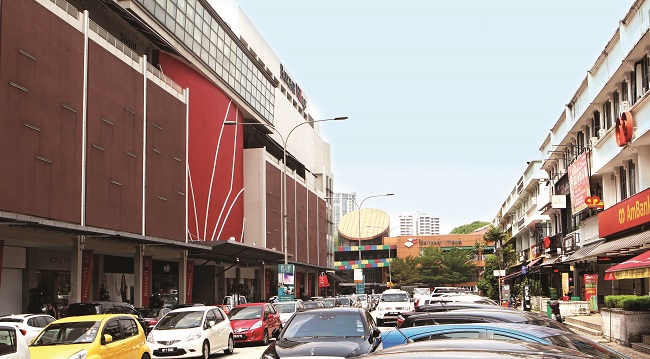 This could be due to a number of reasons, says Henry Butcher Malaysia Sdn Bhd COO Tang Chee Meng. One is the fact that incoming supply is fairly limited in a mature area like Bangsar.

“There have hardly been any new residential project launches in Bangsar in recent years so this could account in part for the drop in the volume of transactions,” he tells The Edge Property.

The high prices could also be due to more of the newer and more expensive condos being transacted in 2014 compared with previous years, he adds.

Data analysed by theedgeproperty.com confirms that transactions of low-density luxury condominiums such as in Bangsar Peak and Ken Bangsar have driven up the average price in the area. 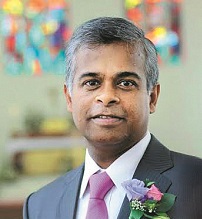 “For example, the psf price for the recent launch of The Serai at RM600 psf to RM800 psf would have done wonders for the secondary market. We are aware of individuals who went for the launch of The Serai and were subsequently moved to purchase at One Menerung instead because they felt its location was superior and at a lower psf price,” he tells The Edge Property.

What is the profile of residential property owners in Bangsar?

Most Bangsar condominiums are owner-occupied. While there are no statistics, the consensus of agents and consultants is that about 70% of the market comprises owner-occupiers while the rest are investors.

So, how should investors approach Bangsar condominiums, and should they hold on to their assets for capital appreciation or yields? 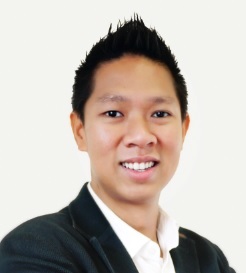 “At present, values have peaked with low yields ranging from 3% to 5%, so investors would most likely look for capital gains. Bangsar has experienced good capital growth over the last few years. However, rentals have not increased much,” says Space Realty Sdn Bhd principal Eugene Liew.

He adds that investors must factor in refurbishment and furnishing costs, especially for older units.

“This is definitely costlier now due to the additional 6% Goods and Services Tax.

“Tenants are now spoilt for choice! It is definitely a tenant’s market and they will always choose a new condo with better facilities over older ones, unless the rent is attractive enough,” says Liew.

“Every market has its cycle. Prices will most likely stay sideways unless a miracle happens in our economy.”

Liew is quite pessimistic on the growth of values over the next two to three years due to the pervasive negative market sentiment and plateauing prices.

However, Fernstate’s Fernandez expects the rental market in Bangsar to remain healthy. 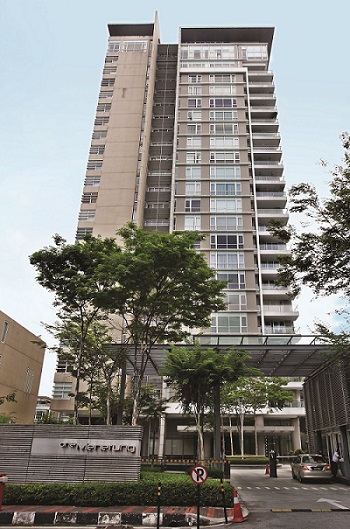 “Typical yields can range between 6% and 8%. The convenience of the neighbourhood is very good, both in terms of accessibility and facilities. The three malls (BSC, Bangsar Village I and Bangsar Village II) add a great deal of value for tenants. Throw in the Bangsar LRT station, and it is almost complete as an ideal location for a tenant,” he says.

“However, it must be pointed out that there is a resistance point to all rentals,” adds Fernandez. “A 1,300 sq ft apartment bought for RM800 psf (RM1.04 million) would require a 6 % yield to qualify as a good investment. That would mean a net rental per month of RM5,200. This is a top-end rental allocation for a mid-level expat (with spouse). If he is single, that rental allocation drops to between RM2,500 and RM3,500, depending on his country of origin and which multinational he works for.”

He notes that some units, while affordable, will suffer downward pressure due to poor maintenance. “Individual units may be modern and well kept, but if the common grounds or structure are not well kept, then capital values will suffer.

“The neighbourhood will still offer pockets of investment-grade opportunities; though harder to sniff out. On a micro level, I expect the price range of RM500 psf to RM800 psf to see the most transactions, as this is perceived as the new ‘affordable’ level for purchasers in this neighbourhood,” says Fernandez. 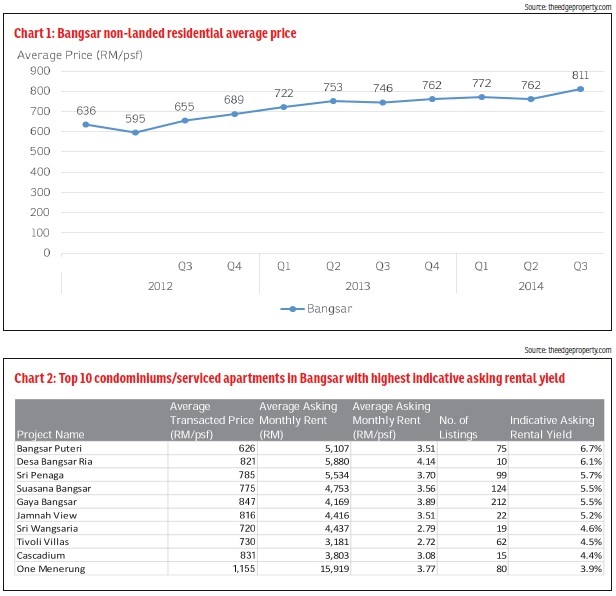 The outlook for Bangsar’s condominium market is positive, says Henry Butcher’s Tang. “The MRT circle line will pass through Bangsar and, when completed, will improve public transportation in the area. This could help push up property prices. However, it will be some time before this [happens].”

According to previous reports, the 20-acre Unilever factory site on Jalan Bangsar was earmarked for a mixed-use high-end development by its owner Pelaburan Hartanah Bhd. However, plans to redevelop the site have yet to take off.

Many of their original owners found it difficult to live at the location because the bungalows fronted the main road. For this reason, many are now permitted for limited commercial use after permission is obtained from Kuala Lumpur City Hall (DBKL).

According to managing director of Carey Real Estate Sdn Bhd  Nixon Paul, these commercial-use bungalows command an average monthly rental of between RM18,000 and RM25,000, and some were recently transacted for between RM1,100 and RM1,500 psf.

“Their current fair market price would be anything between RM9 million and RM10 million,” he says. He reveals that a bungalow with land area of about 6,000 sq ft was transacted last November for about RM9.8 million.

Some of these commercial-use bungalows are currently up for sale at 30% above fair market value, which Paul says is gross overpricing.

“These sellers are half-heartedly willing to sell and are only letting go at silly prices in excess of RM10 million to RM15 million (depending on size and location),” he says.

“However, the market for these commercial bungalows is actually pretty hot”, says Paul. Demand from buyers and tenants is extremely strong because there are very few sellers and a queue of waiting buyers. 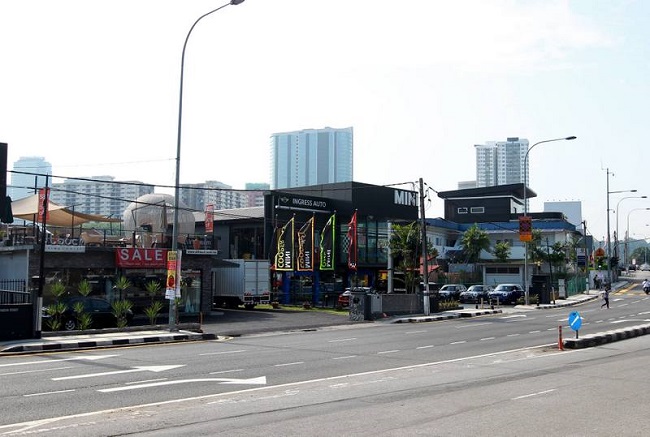 He adds that “the value of these bungalows will continue to appreciate in the long term due to the limited supply”.

Paul also notes that the current trend is for most purchasers to buy these bungalows for their own commercial use, rather than renting them out. The units currently up for rent were purchased at least five to seven years ago and their value has since appreciated by 50% to 70%.

“Anybody looking to buy a bungalow in that location is basically eyeing capital appreciation. In today’s market, the return on investment from buying to rent is not good,” he says.

For these bungalows to be used for commercial purposes, a premise licence that allows for limited commercial use has to be obtained from DBKL, says director of Fernstate Sdn Bhd Shawn Fernandez. This licence is renewable each year.

“The approval process for the premise licence boils down to whether the proposed commercial activity will inconvenience neighbours, such as by the production of commercial waste and noise, or if it will disrupt traffic,” he says.

For example, commercial usage of the bungalows has so far been limited to showrooms, galleries and offices, but not restaurants.

“If you prove to be a nuisance to the [immediate surrounding neighbours], DBKL has the authority to revoke the licence or not renew it the following year. The licensing process is basically to ensure there is no abuse of a residential property and that the proposed business activity does not create problems for your neighbours,” says Paul.

Both Fernandez and Paul believe that while most of these bungalows have residential titles and are only allowed limited commercial use, there are still no clear guidelines on whether any or all of them can be converted to commercial titles.

“We are coming to a stage very quickly where guidelines on local policies are needed [for the conversion of residential to commercial properties]. If several bungalows are allowed [by DBKL to be so converted], what is there to prevent all bungalows from being converted? Without clear policy guidelines, DBKL will keep getting applications for conversion,” Fernandez says. – By Chai Yee Hoong 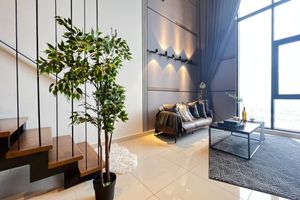 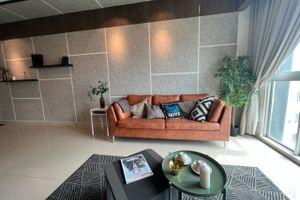