TOKYO (June 27): Asian shares were mostly in the red on Friday, weighed down by a weak performance on Wall Street and doubts about the strength of the U.S. economy, which pushed bonds higher.

Japan's benchmark Nikkei dipped 0.5 percent and regional markets, with the exception of Wellington, were either down or just about holding steady.

The MSCI's dollar-denominated index of Asia-Pacific shares outside Japan was flat due to slight gains in some regional currencies.

A smaller-than-expected increase in May's U.S. consumer spending, in data released on Thursday, added to concerns about the health of the U.S. economy following surprisingly weak first quarter GDP data.

The GDP data showed that the U.S. economy contracted at a 2.9 percent annualised pace in the first quarter, the worst performance in five years, which Tohru Yamamoto, chief fixed income strategist at Daiwa Securities, said was "clearly a very weak figure."

The weak data is starting to shake investors' conviction the U.S. economy is heading for a modest but robust recovery. U.S. growth this year is seen possibly falling short of 2 percent.

"People are assessing where they think their second- and third-quarter, fourth-quarter, GDP estimates are going to be," said Wilmer Stith, co-manager in Baltimore of the Wilmington Broad Market Bond Fund.

"Even for those that are optimistic, it's like getting that 'F' in college in that first test; it's harder to raise that average up."

Losses in Western markets were led by financial shares, after New York's attorney general filed a securities fraud lawsuit against Barclays, accusing the British bank of giving an unfair edge in the United States to high-frequency traders.

Some traders also blamed the Wall Street weakness on hawkish comments from James Bullard, president of the St. Louis Fed. He said raising interest rates by the end of the first quarter in 2015 would be appropriate, based on a forecast that U.S. growth will register 3 percent for the next four quarters.

But his remarks were most likely used as an excuse for profit-taking in stocks, given they did not lead to any selling in U.S. bonds, which tend to be more sensitive to interest rate news, traders said.

Ten-year German Bund yields fell to a one-year low of 1.238 percent in Europe, where growth is seen even weaker than in the United States.

A standout currency performer was the Canadian dollar, which rose to a six-month high in U.S. trade against the U.S. dollar after strong inflation data earlier this week raised doubts over how long the Bank of Canada will be able to stick with its neutral monetary policy stance. 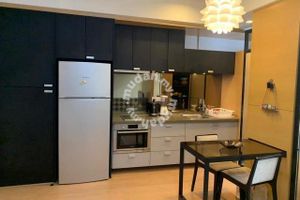 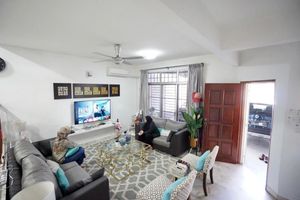